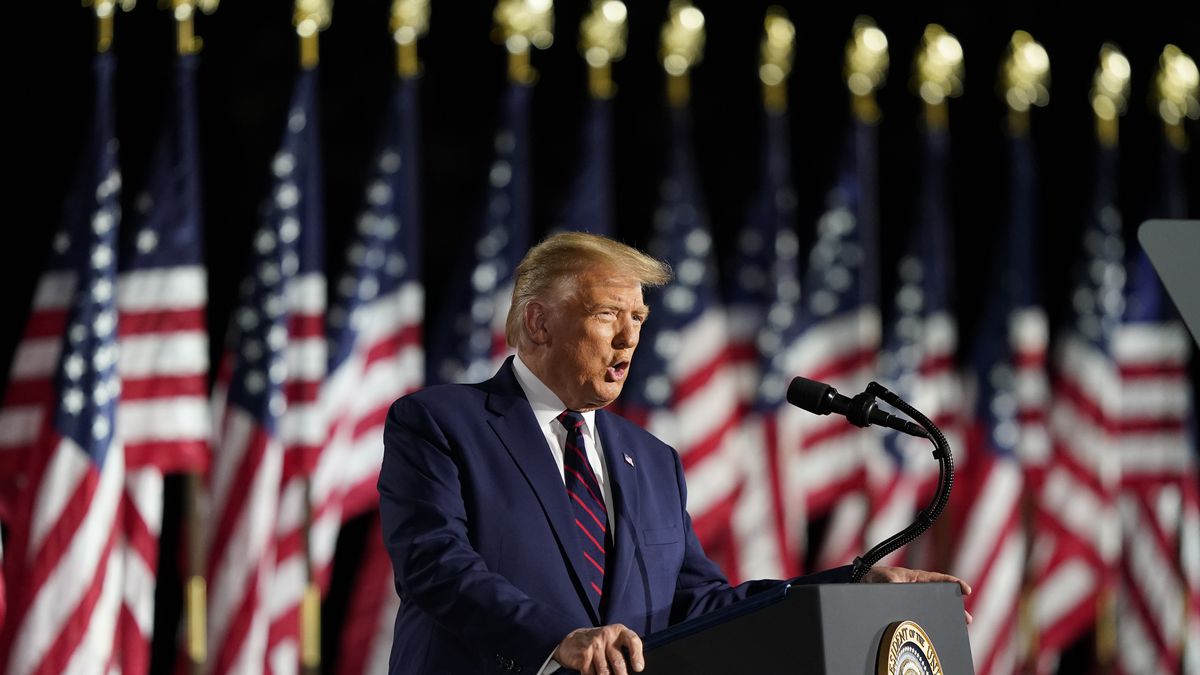 The Zionist Organization of America (ZOA) issued the following release:

On the final full day of Donald Trump’s presidential term, the ZOA wishes to thank President Trump, Secretary Mike Pompeo, Ambassador David Friedman, and the entire Trump administration for their accomplishments and work on behalf of all the American people, including the Jewish and pro-Israel community.

A basic tenet of Judaism is “hakarat hatov” – expressing gratitude and recognizing the good that people do. Hakarat hatov is non-partisan. It is a simple expression of thanks for those who spent every day of the last four years working to help our country and her citizens.

There is so much good to recognize, that the Trump administration accomplished over the past four years: President Trump’s executive order extending civil rights protections to Jewish and pro-Israel students who are facing increasing antisemitic attacks on college campuses; recognizing and moving the U.S. embassy to Israel’s eternal capital Jerusalem; recognizing Israel’s sovereignty over the Golan; recognizing Israelis’ lawful rights to live in Judea/Samaria; ending the catastrophic Iran deal and imposing maximum pressure and crippling sanctions that have diminished Iran’s terror activities and given us the leverage for a far better agreement; demanding snapback sanctions on the Iranian regime at the United Nations; the removal of terror leaders Soleimani, al-Baghdadi, and Fakhrizadeh; stopping sending $400 million per year of U.S. tax dollars to the Palestinian Authority – so that the U.S. is no longer complicit in the PA’s “pay to slay” payments to Arab terrorists to murder Jews and Americans; ending U.S. payments to UNRWA due to UNRWA’s corruption, teaching Jew-hatred in schools, and hiding weapons for Hamas; deporting the last Nazi war criminal in the U.S.; repeatedly condemning neo-Nazis, the KKK, and white supremacists; achieving groundbreaking peace agreements in the Middle East; ending discriminatory labeling guidance that harmed Jews in historic Jewish Judea/Samaria; including many praiseworthy aspects in the president’s “Vision for Peace”; recognizing that Israeli implementation of her lawful sovereignty rights over Judea/Samaria is up to Israel; keeping Americans safe from unvettable immigration from state sponsors of terror; permitting Americans born in Jerusalem to list “Jerusalem, Israel” on their passports; initiating project “warp speed” to develop a COVID vaccine in record time; and so much more.

The ZOA sends our blessings to President Trump, his family, and all in his administration. We wish them the best upon their return to their private lives.

We would love to hear from you! Please fill out this form and we will get in touch with you shortly.
Trending Z
News January 19, 2021
ZOA Condemns U.S. State Dept. & U.S. Amb. Nides For Siding with Antisemitic, Discriminatory Palestinian & Hamas Terrorists re: the Temple Mount, Violating Jews’ Religious Freedom
News January 19, 2021
ZOA’s Klein JPost Op-Ed: There is Nothing Extreme About Israel’s New Government
Uncategorized January 19, 2021
FLASH: ISRAEL-JORDAN PEACE TREATY (1994) GUARANTEES JEWS ACCESS TO THE TEMPLE MOUNT – LET MY PEOPLE PRAY
Uncategorized January 19, 2021
ZOA Analysis: Most American Rabbis Who Are Boycotting Some Israeli Ministers Are From Extremist Left Wing Groups (J Street; T’ruah; JVP)
Center for Law & Justice
We work to educate the American public and Congress about legal issues in order to advance the interests of Israel and the Jewish people.
We assist American victims of terrorism in vindicating their rights under the law, and seek to hold terrorists and sponsors of terrorism accountable for their actions.
We fight anti-Semitism and anti-Israel bias in the media and on college campuses.
We strive to enforce existing law and also to create new law in order to safeguard the rights of the Jewish people in the United States and Israel.
Our Mission
ZOA STATEMENT
The ZOA speaks out for Israel – in reports, newsletters, and other publications. In speeches in synagogues, churches, and community events, in high schools and colleges from coast to coast. In e-mail action alerts. In op-eds and letters to the editor. In radio and television appearances by ZOA leaders. Always on the front lines of pro-Israel activism, ZOA has made its mark.
Related Articles
OP-ED BY: ZOA Staff ZOA Praises Netanyahu UN Speech Condemning World Silence on Iran’s Threats to Destroy Israel