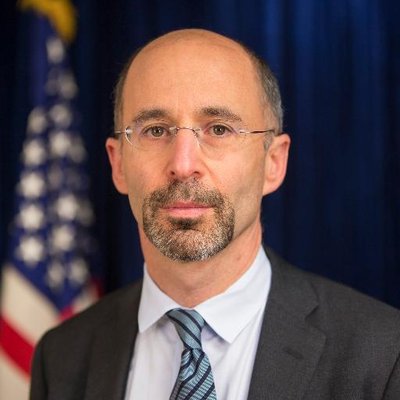 ZOA strongly condemns the rumored appointment of Robert Malley to be the “U.S. Special Envoy on Iran.”   Malley has a long, alarming record of anti-Israel hostility and appeasement of Iran, Hamas, the PLO, Yasser Arafat, Mahmoud Abbas, and Syria. Malley’s foreign policy prescriptions – including permitting a nuclear-armed Iran and evicting Jews from their homes – have been uniformly wrong and extremely dangerous for the United States and our allies.  This awful potential appointment needs to be scrapped.

Even worse, Malley wants to go back to the same terrible deal, consistently opposed efforts to leverage a better deal, and repeatedly condemned actions that reduced terrorist threats from the Iranian regime.

For instance, Malley wrongly condemned the Trump administration’s “maximum pressure” sanctions on Iran, falsely saying that that “sanctions devastated Iran’s economy but achieved little else.”  In fact, sanctions provide leverage for a better deal and have been extraordinarily effective.  Sanctions caused Iran to reduce its military/terror expenditures by 25%, deprived the Iranian regime of funds to carry out its malign activities, and reduced Iran’s funding of its terror proxies such as Hezbollah and Hamas. (See “The Importance of Sanctions on Iran,” Statement of Sec’y of State Michael Pompeo, Nov. 18, 2020 [Archived Link now available here].)

In January 2020, Malley wrongly condemned the targeted killings of IRGC terrorist-in-chief Qassem Soleimani who was planning more imminent attacks on Americans and Malley mistakenly claimed that killing Soleimani would likely lead to war.

Further, in 2012, Malley wrote an article in Foreign Policy promoting accepting a nuclear-armed Iran and merely trying to “contain” Iran’s decisions to employ its nuclear arsenal.

Yet, Malley condemned Obama for taking “containment of a nuclear-armed Iran off the table.”  In addition, Malley falsely accused Israel of repeatedly “exaggerating the Iranian threat”; and excused Iran from giving up its nuclear weapons program, saying: “why would the [Iranian] regime volunteer a concession that arguably would leave it weaker in a hostile environment?”  Malley thus took Iran’s side over both the U.S. and Israel.

Malley adopts Hamas’ propaganda lie that Hamas is under siege from Israel. In addition, Malley favors dangerous and unlawful “unity” between the Hamas designated terror organization and the PLO/Palestinian Authority.  For instance, at a hearing in 2010, after admitting that Hamas “now has Gaza solidly in its hands,” Malley nonetheless called “the Islamist movement [Hamas] . . . besieged in Gaza, suppressed in the West Bank.”  Further, Malley stated that “at a minimum, the U.S. should stop standing in the way of a possible reconciliation agreement [between Hamas and the PLO] and signal it would accept an accord to which President Abbas lent his name.”

In a 2006 Time Magazine op-ed, Malley called for giving Iran, Syria, Hamas, the Palestinian Authority and Hezbollah “appealing incentives . . . other . . . than avoiding retribution.”

In the same article, Malley also called for the U.S. to restrict negotiations parameters (meaning, interfere with Israel’s sovereign rights) by putting a “comprehensive package on the table” including a cease fire and “Israel’s allowing the Hamas government to govern.”

In 2001, Malley infamously co-authored with Hussein Agha (an advisor to Yasser Arafat) a revisionist article entitled “Camp David: A Tragedy of Errors,” which falsely blamed Israel for the failure of the Camp David talks. (See Jerusalem Center for Public Affairs (JCPA) analysis.)  Arafat flatly rejected Israel’s extraordinarily generous offers, without even trying to make a counteroffer.

In 2010, at a Senate Foreign Relations Committee hearing, Malley called for the U.S. “to unveil a set of parameters” that would be suicidal for Israel – including creating a Palestinian state on the “1967 borders”; one-to-one swaps; dividing up Jerusalem; and bringing third-party armed forces into Judea-Samaria.

In his testimony, Malley also essentially called for uprooting tens of thousands (really hundreds of thousands) of Jews from their homes – a form of ethnic cleansing.  Malley complained about Israeli impediments to “an agreement that would entail the uprooting of tens of thousands of West Bank settlers.”

By contrast, Malley praised PA dictator Mahmoud Abbas’ outrageous demands for negotiations pre-conditions including that Jews should not be permitted to build homes in parts of the Jewish homeland.  Malley stated: “His [Abbas’] demands for a settlements freeze (prompted, he believes, by the U.S.), then for robust terms of reference are not a sign that he has given up on negotiations. They are a sign that he wants to enter them under conditions that, in his mind, offer a chance of success.”   Malley, as always, was completely wrong.  In fact, after Israel agreed to and implemented a 10-month settlement freeze, Mahmoud Abbas still refused to negotiate.

Malley also pushed for Israel to give up the Golan Heights to Syria – which would have endangered Israel’s existence.  Malley absurdly, wrongly argued that Syria is “unlikely to sponsor militant groups, . . . [or] destabilize the region . . .  once an agreement has been reached.”  Yet, at the same time, Malley excused the fact that Syria provided Hamas and Hezbollah with bases to attack Israel.  Malley argued that Syria could not be expected to “cut ties with Hezbollah, break with Hamas or alienate Iran as the entry fare for peace negotiations.”  (“Forget Pelosi. What about Syria?,” by Robert Malley, Los Angeles Times, Apr. 11, 2007.)

Malley also condemned parts of the Abraham Accords normalizing relation between Israel and Arab nations, and predicted that the Biden administration “would try to walk back or dilute parts of the[se] normalization deals.”

In December 2020, the organization that Malley leads, the International Crisis Group, entered into a joint partnership with USMEP (US Middle East Partnership) to advise on Israeli-Palestinian issues.  USMEP’s president Daniel Levy is the co-founder of the anti-Israel J Street, and even openly opposed Israel’s continuing existence.

Malley Pushed for an Anti-Israel DNC Platform:  In May 2020, Rob Malley signed a letter promoted by the anti-Israel group J Street, which urged the Democratic National Committee (DNC) to adopt a hostile-to-Israel platform.

We would love to hear from you! Please fill out this form and we will get in touch with you shortly.
Trending Z
Uncategorized January 24, 2021
ZOA Analysis: Most American Rabbis Who Are Boycotting Some Israeli Ministers Are From Extremist Left Wing Groups (J Street; T’ruah; JVP)
Uncategorized January 24, 2021
ZOA: Israel’s Reasonable Judicial Reform Proposals Are Good for Democracy, the Rule of Law and the Economy
News January 24, 2021
ZOA is Disappointed, Offended and Frightened by 211 U.S. House Votes Supporting Jew-Hating, Israel-Hating Rep. Ilhan Omar
Uncategorized January 24, 2021
Israel’s “Right of Return” Grandparent Clause is De-Judaizing the Jewish State – Eliminate It
Center for Law & Justice
We work to educate the American public and Congress about legal issues in order to advance the interests of Israel and the Jewish people.
We assist American victims of terrorism in vindicating their rights under the law, and seek to hold terrorists and sponsors of terrorism accountable for their actions.
We fight anti-Semitism and anti-Israel bias in the media and on college campuses.
We strive to enforce existing law and also to create new law in order to safeguard the rights of the Jewish people in the United States and Israel.
Our Mission
ZOA STATEMENT
The ZOA speaks out for Israel – in reports, newsletters, and other publications. In speeches in synagogues, churches, and community events, in high schools and colleges from coast to coast. In e-mail action alerts. In op-eds and letters to the editor. In radio and television appearances by ZOA leaders. Always on the front lines of pro-Israel activism, ZOA has made its mark.
Related Articles
OP-ED ZOA Mourns Passing of Ariel Founder & Visionary, Ron Nachman