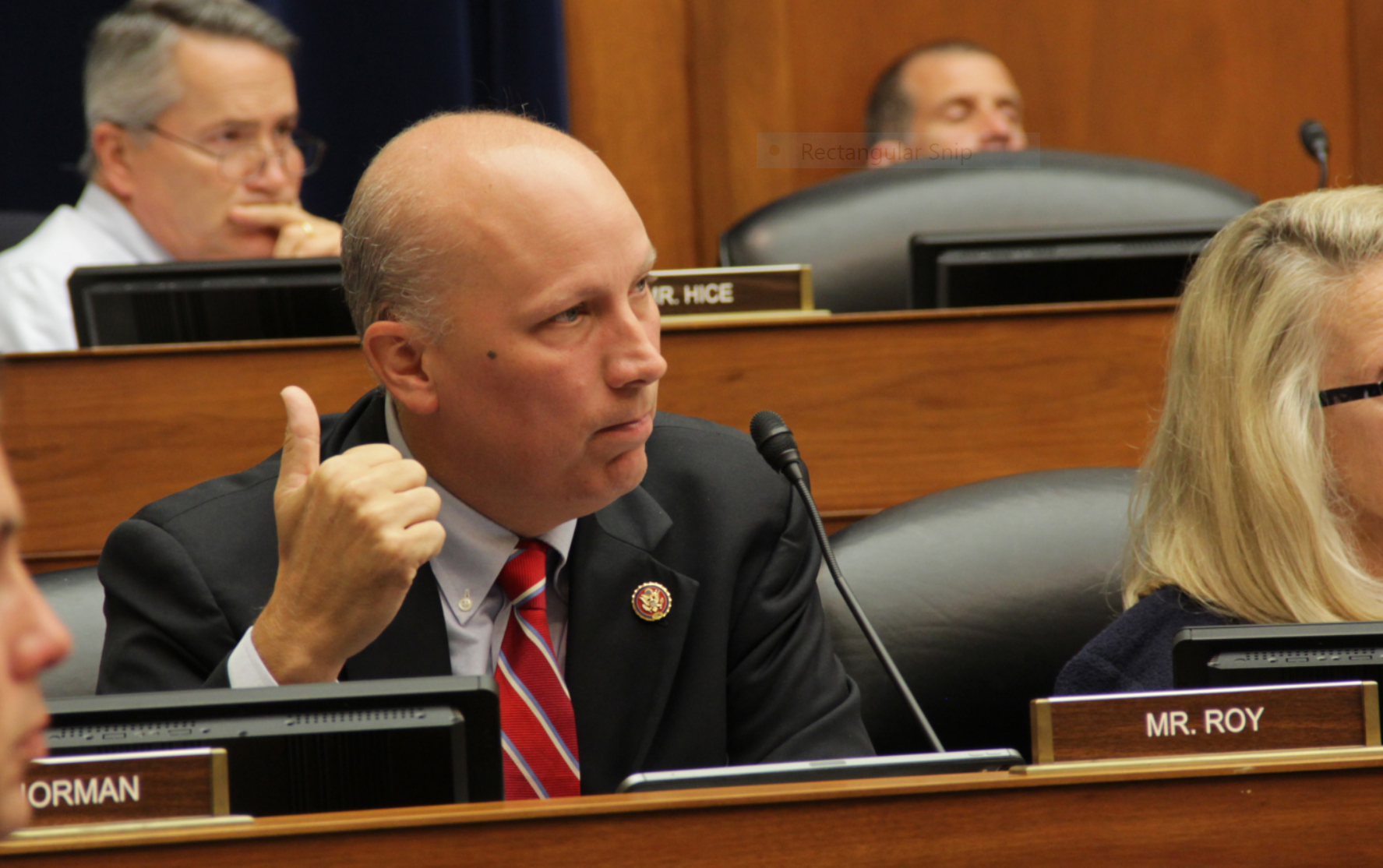 The ZOA strongly praises Congressman Chip Roy (R-TX) for announcing that he is introducing the “No Taxpayer Funding for United Nations Human Rights Council Act.” This important legislation is aimed at trying to prevent the Biden administration from effectuating the administration’s announced, disgraceful plan to rejoin the corrupt, Israel-hating United Nations Human Rights Council (the “UNHRC”). In addition to demonizing Israel with multiple outrageous false resolutions, the UNHRC also produces an annual database to facilitate economic warfare and boycotts against Jewish, Israeli and related businesses. Congressman Roy’s proposed legislation would prohibit the U.S. government from contributing funds to the UNHRC, and would require U.S. contributions to the United Nations to be reduced by a percentage equal to the percentage of the United Nations budget allocated to support the UNHRC.

This is the second praiseworthy action taken by Congressman Roy on this issue in the space of a week. Following Secretary of State Antony Blinken’s troubling announcement that the Biden administration will join and reengage with the UNHRC, Congressman Roy spearheaded a letter, signed by 44 Congresspersons, which documents the UNHRC’s obsessive antisemitic focus on condemning Israel (with 85 falsehood-filled anti-Israel resolutions from 2006-2019); and the UNHRC’s failure to condemn real human rights abuses by the world’s worst terror regimes and dictatorships. The letter properly concludes that rejoining the UNHRC would be morally reprehensible. (See “ZOA Opposes Biden Admin Rejoining Israel-Bashing UNHRC; ZOA Praises Congressional Letter Declaring That Rejoining UNHRC Would Be ‘Morally Reprehensible’,” Feb. 9, 2021.)

ZOA urges Congress to promptly pass Congressman Roy’s “No Taxpayer Funding for UNHRC Act.” ZOA reiterates our strong opposition to rejoining the UNHRC, and thanks Congressman Roy for all his continuing efforts.

We would love to hear from you! Please fill out this form and we will get in touch with you shortly.
Trending Z
Op-Ed February 11, 2021
Israel National News: Jonathan Pollard – Israel is Heading to Disaster
Op-Ed February 11, 2021
My Disturbing Encounter With the Harvard Crimson Regarding its Publication of a Blood Libel Against Israel and My Efforts to Refute it
News February 11, 2021
ZOA Condemns Biden’s Appointment of Another Israel-Basher Karine Jean-Pierre as Press Secretary
News February 11, 2021
ZOA Urges NY Museum of Jewish Heritage to Apologize/Retract Their Disgraceful Canceling Great Friend of Israel and the Jewish People, Governor Ron DeSantis
Center for Law & Justice
We work to educate the American public and Congress about legal issues in order to advance the interests of Israel and the Jewish people.
We assist American victims of terrorism in vindicating their rights under the law, and seek to hold terrorists and sponsors of terrorism accountable for their actions.
We fight anti-Semitism and anti-Israel bias in the media and on college campuses.
We strive to enforce existing law and also to create new law in order to safeguard the rights of the Jewish people in the United States and Israel.
Our Mission
ZOA STATEMENT
The ZOA speaks out for Israel – in reports, newsletters, and other publications. In speeches in synagogues, churches, and community events, in high schools and colleges from coast to coast. In e-mail action alerts. In op-eds and letters to the editor. In radio and television appearances by ZOA leaders. Always on the front lines of pro-Israel activism, ZOA has made its mark.
Related Articles
OP-ED ZOA Mourns Passing of Ariel Founder & Visionary, Ron Nachman