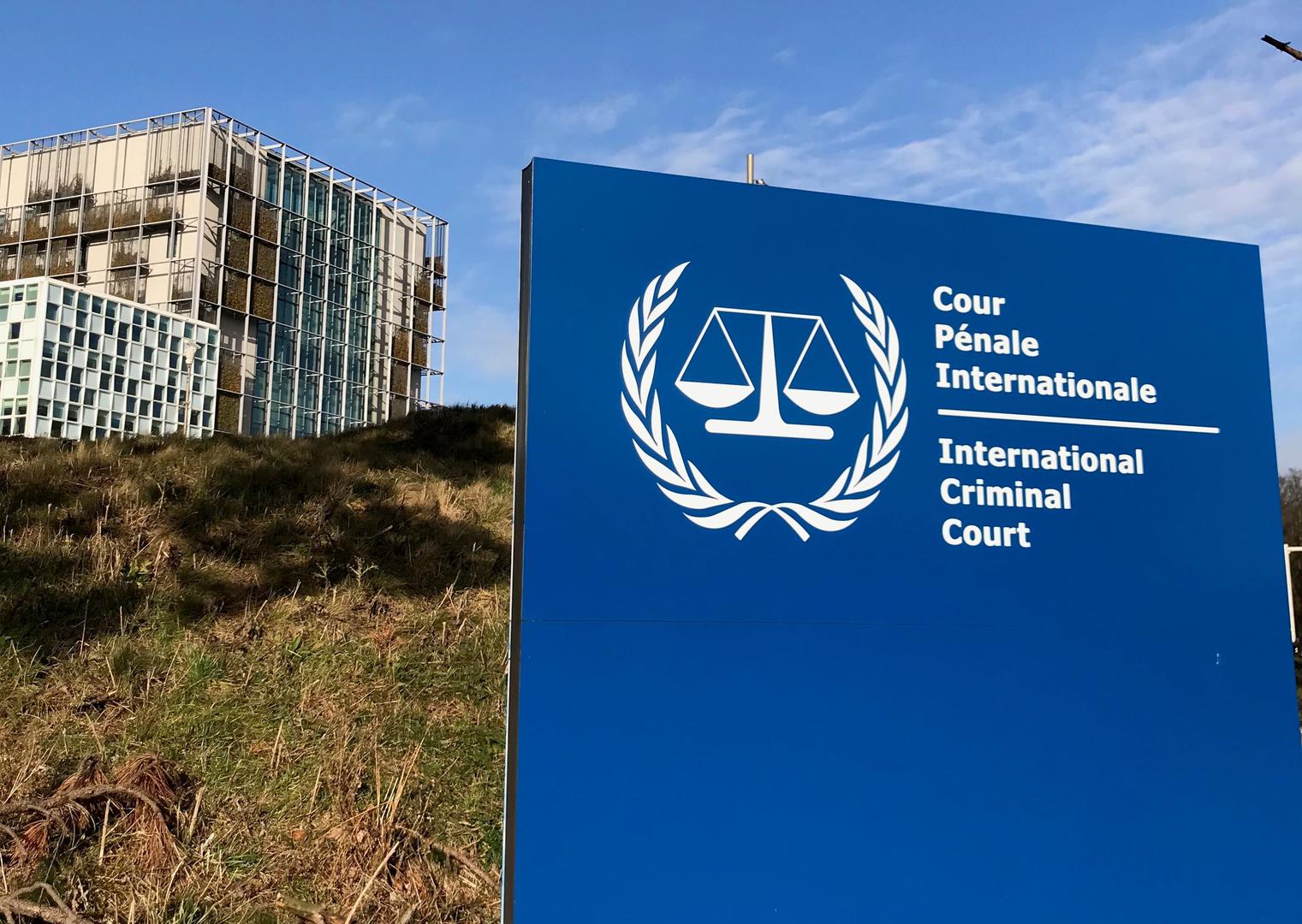 The ZOA strongly praises Senators Sen. Ben Cardin (D-MD) and Rob Portman (R-OH) for spearheading a bipartisan letter, signed by 53 U.S. Senators, commending Secretary of State Anthony Blinken for supporting Israel and opposing the International Criminal Court (ICC)’s illegal, politically-motivated investigation of Israel for phony, alleged “war crimes,” and urging the Secretary to also do more – including working with international partners, and using the “full force” of America’s influence against the ICC’s illegitimate investigation of Israel, and “to defend Israel against discriminatory attacks in all international fora.” (“Portman, Cardin Lead Bipartisan Senate Call for Secretary Blinken to Continue to Defend Israel Against Politically Motivated Investigations by the International Criminal Court,” March 11, 2021.)

ZOA urges Secretary Blinken to also make sure that the strong actions to be taken against the ICC’s illegitimate actions should include maintaining and strictly enforcing existing U.S. sanctions and travel restrictions on ICC prosecutors and personnel who are engaged in, or who material assist, the ICC’s unlawful investigations of the U.S. or U.S. allies, including Israel. Those sanctions and travel restrictions are enshrined in the “Executive Order on Blocking Property Of Certain Persons Associated With The International Criminal Court” (June 11, 2020).

ZOA is pleased that last week, Secretary Blinken denounced the ICC decision to investigate Israel. Blinken correctly stated: “The United States firmly opposes and is deeply disappointed by this decision. The ICC has no jurisdiction over this matter. Israel is not a party to the ICC and has not consented to the Court’s jurisdiction, and we have serious concerns about the ICC’s attempts to exercise its jurisdiction over Israeli personnel. The Palestinians do not qualify as a sovereign state, and therefore are not qualified to obtain membership as a state in, participate as a state in, or delegate jurisdiction to the ICC.” (“The United States Opposes the ICC Investigation into the Palestinian Situation,” Press Statement by Sec’y of State Antony J. Blinken, Mar. 3, 2021.)

The Senators’ letter likewise points out that “the ICC does not have legitimate territorial jurisdiction” in this matter, for four indisputable reasons:

(1)  ICC “jurisdiction is reserved for countries that consent to it, or that are referred by the UN Security Council. Israel is not a signatory to the Rome Statute, and therefore has not consented to the ICC’s jurisdiction.”

(2)  “ICC rules prohibit it from prosecuting cases against the citizens of a country with a robust judicial system willing and able to prosecute atrocity crimes committed by its personnel and officials. . . . Israel [indeed has a] robust judicial system, including its military justice system.”

(3)  The ICC cannot lawfully assert jurisdiction by deciding that the West Bank, Gaza, and East Jerusalem belong to the state of “Palestine,” which illegitimately acceded to the Rome Statute in 2015. The Senate letter “strongly opposes” the ICC’s decision attempting to assert jurisdiction in this unlawful manner, and further explains that: “’Palestine’ does not meet the criteria for designation as a state, and the delineation of the boundaries of any future Palestinian state is a political decision that must be determined through negotiations between Israel and the Palestinians. It is not within the authority of the ICC to accept or deny any party’s claims to these disputed territories, nor has the Court ever before formally investigated allegations taking place in disputed territories. This unprecedented action by the ICC’s Pre-Trial Chamber unfairly targets Israel, biases any subsequent investigation or trial, and hinders the path towards regional peace.”

(4)  The ICC’s decision to assert jurisdiction “constitutes a dangerous politicization of the [ICC] and distorts the purposes for which the [ICC] was established. As the world’s only permanent international criminal tribunal, the ICC is intended as a court of last resort for the prosecution of the most serious atrocities, including war crimes, crimes against humanity, and genocide. The [ICC]’s ruling creates an exception for the [ICC] to investigate Israel, even while it is unable or unwilling to address some of the most urgent human rights cases in the world today, including those in Iran, Syria, and China.”

ZOA President Mort A. Klein stated: “ZOA is pleased the U.S. Senate, led by Senators Cardin and Portman, is urging the strongest possible action to combat the ICC’s discriminatory, illegitimate assertion of jurisdiction over Israel. The ICC’s illegitimate actions set harmful precedents that directly harm the U.S., as well as our close ally Israel. Like Israel, the U.S. is not a signatory to the Rome Statute; and yet the ICC has been unlawfully trying to assert jurisdiction over U.S. personnel. The precedent of treating a non-state (Palestinian Authority) as a state will also not be easily undone. The ICC’s lawlessness is a threat to both Israel and the United States. U.S. and Israeli political leaders and military personnel need to be able to defend their citizens without being undermined by politically-driven investigations which have no legal basis.”

ZOA urges every Senator to sign on to this important letter, or to issue a similar announcement. ZOA extends its thanks and deep appreciation to the 53 Senators who have already signed on to the excellent Cardin-Portman letter.

We would love to hear from you! Please fill out this form and we will get in touch with you shortly.
Trending Z
News March 14, 2021
New Biden Nominees Opposed Abraham Accords & Involved in Israeli Election Interference
Uncategorized March 14, 2021
ZOA Letter to DOJ & FBI on New “Mapping Project” Antisemitic Threat by ZOA Pres. Morton Klein, Dir. of Research/Special Projects Liz Berney, Esq., Dir. Center for Law & Justice Susan Tuchman, Esq.
News March 14, 2021
ZOA’s Condemnation of Black Lives Matter Defended by JNS’ Tobin: Jews Supporting BLM Empowered Antisemitism
Op-Ed March 14, 2021
ZOA’s Mort Klein JPost Op-Ed: BDS Mapping Project Targets Every Jew, Including Left Wing, Israelophobic Jews
Center for Law & Justice
We work to educate the American public and Congress about legal issues in order to advance the interests of Israel and the Jewish people.
We assist American victims of terrorism in vindicating their rights under the law, and seek to hold terrorists and sponsors of terrorism accountable for their actions.
We fight anti-Semitism and anti-Israel bias in the media and on college campuses.
We strive to enforce existing law and also to create new law in order to safeguard the rights of the Jewish people in the United States and Israel.
Our Mission
ZOA STATEMENT
The ZOA speaks out for Israel – in reports, newsletters, and other publications. In speeches in synagogues, churches, and community events, in high schools and colleges from coast to coast. In e-mail action alerts. In op-eds and letters to the editor. In radio and television appearances by ZOA leaders. Always on the front lines of pro-Israel activism, ZOA has made its mark.
Related Articles
OP-ED ZOA: Pending Senate Res. (S. Res. 6) Condemning UN Security Council Resolution 2334 Must Eliminate Promoting a Palestinian/Hamas State