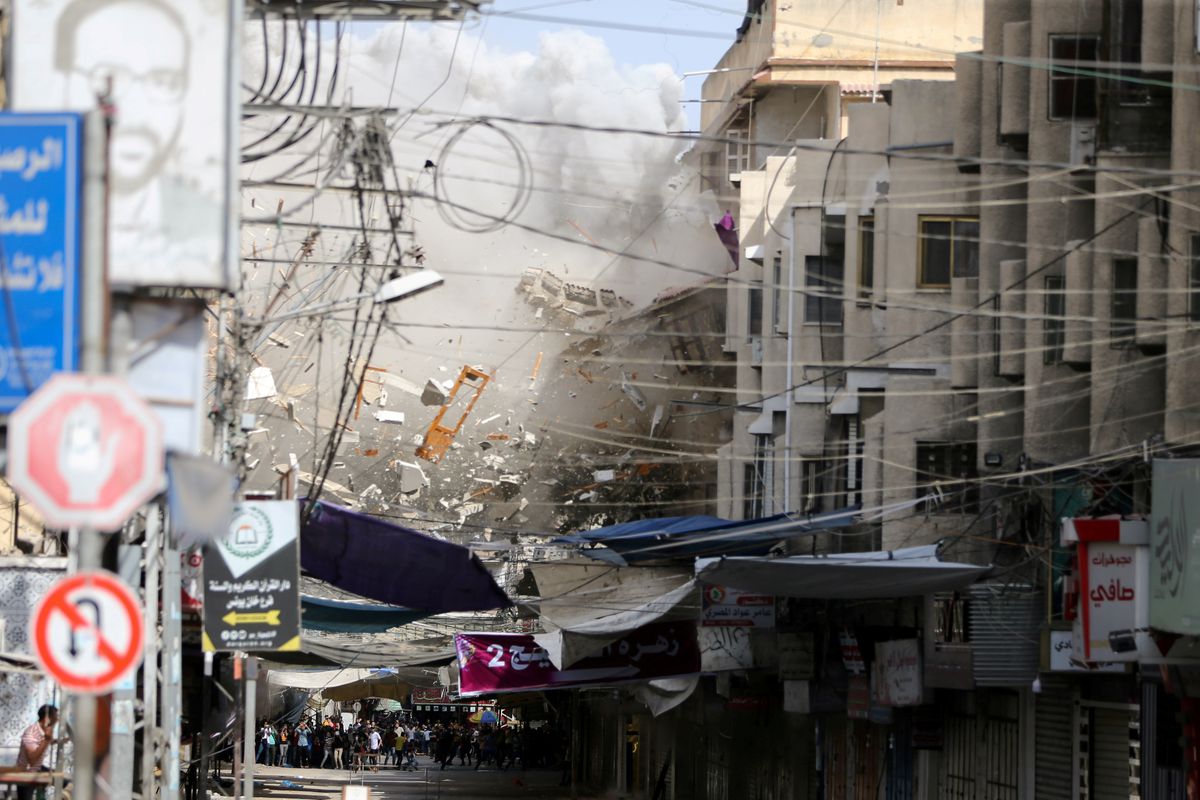 ZOA Hopes and Prays Ceasefire Holds for a Long Time

Israel’s announcement that Israel had accepted an “unconditional ceasefire” commencing at 2 a.m. Israel time, brokered by the U.S. and Egypt, raises concerns.  Cease fires with a terrorist group like Hamas are always risky and perilous—in light of the fact that Hamas broke at least 10 ceasefires during the past war.  (See “Protective Edge: Hamas’ Violations of Ceasefires – A Chronology,” Israeli Ministry of Foreign Affairs, Aug. 19, 2014.)

ZOA is deeply concerned that the announced ceasefire gives Hamas a chance to rearm and replenish their used and destroyed rockets and weapons provided by Iran.  Although Israel had many important achievements in reducing Hamas’ terrorist capabilities, our understanding is that Israel needed more time to deal a thoroughly crippling below to Hamas. Enormous pressure from the United States and others caused Israel to prematurely discontinue its military efforts to demolish Hamas’ and Palestinian Islamic Jihad’s terror infrastructure in Gaza. Our understanding is given credence by the report that Israeli Foreign Minister Gabi Ashkenazi acknowledged during Israel’s cabinet meeting that Israel no longer has sufficient international support to continue the operation.

The decision to enter into the ceasefire also went against the concerns of the vast majority of Israelis. A survey today by Direct Polls found that 72% of Israelis were opposed to a ceasefire at this point, because they believe that the military operation was not completed. Only 24% favored a ceasefire.

We are deeply troubled that Hamas leaders are already boasting that Hamas won a victory, and that Israel has agreed to concessions to Hamas. Hamas leader Ali Barakeh bragged that Israel’s announcement of a ceasefire was a defeat for Netanyahu and was a “victory” for the Palestinians. Gazan Hamas supporters are dancing in the streets, while Hamas leader Khalil al-Hayya crowed: “This is the euphoria of victory.” Moreover, days ago, after Hamas pelted Israel with thousands of rockets, while Israel Arabs assaulted their Jewish neighbors and burned synagogues and Jewish schools, Hamas terror chief Ismail Haniyeh boasted that the Palestinian Arabs have set a new “balance of power” and “We [Hamas] have achieved victory in the battle for Jerusalem.”

If Hamas now wants the U.S. and other nations to help them rebuild, the U.S. should demand that the price for such assistance is for Hamas to relinquish the rest of its rockets; dismantle its rocket-production facilities; immediately abrogate the clauses in Hamas’ official charter that call for Israel’s destruction and the murder of every Jew on Earth; and to stop inciting their people to hate and kill Jews through their official media, speeches, sermons and schools. At least these minimum Hamas concessions would diminish Hamas’ ability to launch another 4,000 rockets attack on Israel in the near future.

ZOA and its Board and members hope the ceasefire and peace and tranquility between Gaza and Israel hold for a very long time.

We would love to hear from you! Please fill out this form and we will get in touch with you shortly.
Trending Z
News May 20, 2021
New Biden Nominees Opposed Abraham Accords & Involved in Israeli Election Interference
Uncategorized May 20, 2021
ZOA Letter to DOJ & FBI on New “Mapping Project” Antisemitic Threat by ZOA Pres. Morton Klein, Dir. of Research/Special Projects Liz Berney, Esq., Dir. Center for Law & Justice Susan Tuchman, Esq.
News May 20, 2021
ZOA’s Condemnation of Black Lives Matter Defended by JNS’ Tobin: Jews Supporting BLM Empowered Antisemitism
Op-Ed May 20, 2021
ZOA’s Mort Klein JPost Op-Ed: BDS Mapping Project Targets Every Jew, Including Left Wing, Israelophobic Jews
Center for Law & Justice
We work to educate the American public and Congress about legal issues in order to advance the interests of Israel and the Jewish people.
We assist American victims of terrorism in vindicating their rights under the law, and seek to hold terrorists and sponsors of terrorism accountable for their actions.
We fight anti-Semitism and anti-Israel bias in the media and on college campuses.
We strive to enforce existing law and also to create new law in order to safeguard the rights of the Jewish people in the United States and Israel.
Our Mission
ZOA STATEMENT
The ZOA speaks out for Israel – in reports, newsletters, and other publications. In speeches in synagogues, churches, and community events, in high schools and colleges from coast to coast. In e-mail action alerts. In op-eds and letters to the editor. In radio and television appearances by ZOA leaders. Always on the front lines of pro-Israel activism, ZOA has made its mark.
Related Articles
OP-ED ZOA Mourns Passing of Ariel Founder & Visionary, Ron Nachman