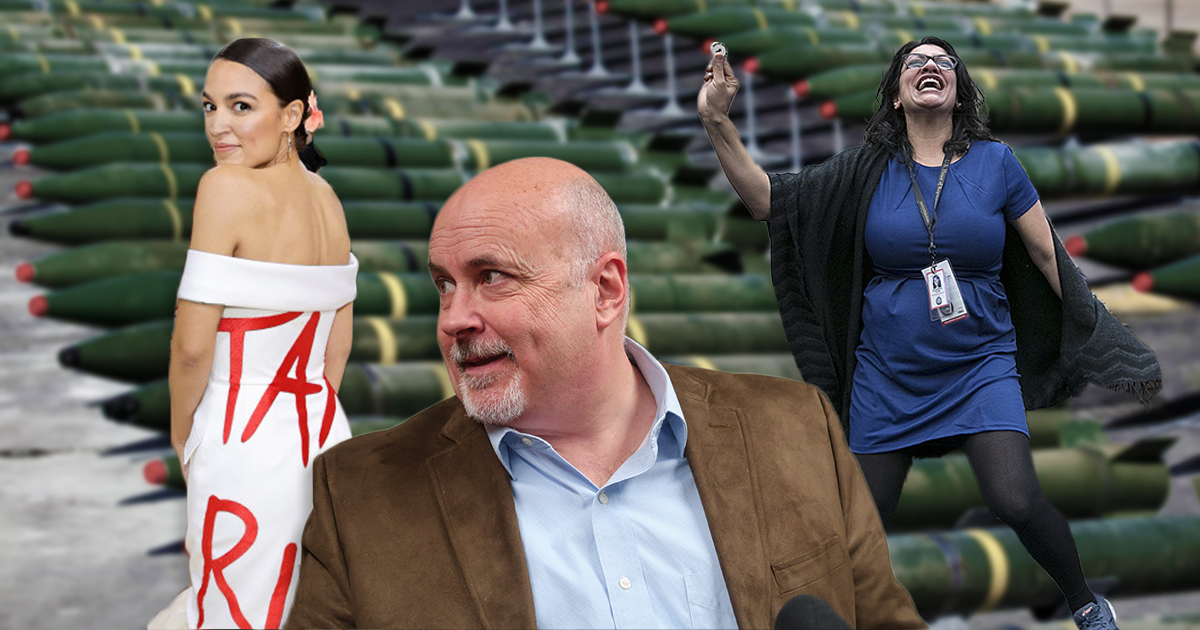 The Zionist Organization of America (ZOA) Morton A. Klein released the following statement:

The ZOA strongly condemns representatives Alexandria Ocasio-Cortez (“AOC”) (D-NY), Rashida Harbi Tlaib (D-MI) and Mark Pocan (D-WI) for introducing an amendment* to the National Defense Authorization Act (NDAA) to block the sale to Israel of $735 million of Boeing defense articles to Israel, for Israel to defend her citizens from Hamas and Palestinian Islamic Jihad (PIJ) terrorism.

As Israel’s Ambassador to the United Nation Gilad Erdan stated, blasting AOC, etc.: “I would expect a Congressperson to understand that Israel is defending its citizens against Hamas, a designated terrorist organization. Your [AOC-Tlaib-Pocan’s] amendment further legitimizes their [Hamas’] heinous attacks against innocent civilians, as well as antisemitic lies. Israel and the U.S. have a strategic alliance, critical to the security of our two countries. Israel is a world leader in the fight against terrorism, and our partnership has helped prevent terrorist attacks against American citizens many times in the past.”

The AOC-Tlaib-Pocan proposed amendment demonstrates its sponsors’ utter disregard for the lives of innocent Israelis, Israel’s human right to protect her citizens, as well as the lives of Palestinian Arab civilians. Over a recent 11-day period, May 10-21, 2021, Hamas and PIJ launched 4,369 missiles and rockets at Israeli civilians (350 to 450 rockets per day). The Hamas and PIJ rocket bombardments killed 12 innocent Israelis (including a child and a teenager), injured over 330 innocent Israelis, and caused billions of dollars of damage to Israeli homes, schools, synagogues and other civilian buildings. Hamas and PIJ fired the rockets in 50-rocket salvos, designed to overwhelm Israel’s Iron Dome defenses, and to assure that significant numbers of rockets hit Israeli civilians―necessitating Israeli action to destroy Hamas and PIJ rocket launchers and other military targets in Gaza. The Boeing Joint Direct Attack Munition (JDAM) guidance kits―which the AOC-Tlaib-Pocan amendment seeks to block―help Israel precisely target Hamas and PIJ rocket launchers, terror tunnels and command centers, while avoiding civilian Arab casualties.

Would AOC, Tlaib, and Pocan prefer that Israel should carpet bomb Gaza the next time Israeli civilians are bombarded by Hamas and PIJ, and it becomes necessary to destroy Hamas’ and PIJ’s rocket launchers and military facilities?

The sale to Israel was previously approved by President Biden on May 5, 2021. The State Department also previously granted Boeing a commercial license to sell the JDAMs.

Disgracefully, this is AOC, Tlaib, and Pocan’s second attempt to block the approved sale of JDAM guidance kits to Israel. On May 19, 2021, while Israel was in the midst of being bombarded with 4,369 Hamas and PIJ rockets (and Iran was using Syria to target Israel), AOC introduced a “Joint Resolution of Disapproval,” co-led by Rashida Tlaib and Mark Pocan, to attempt to block the same approved sales to Israel.

AOC also defamed Israel while proposing both her recent amendment and previous resolution to block defense sales to Israel. AOC falsely accused Israel of using the same Boeing weaponry to kill Palestinians in Al Rimal. The IDF strike in fact hit a Hamas tunnel network and command center. Hamas was at fault for casualties, which were caused by the fact that Hamas’ tunnel had weakened a nearby building, causing its collapse.

Another Israeli precision strike in Rimal (which caused no casualties) revealed that Hamas terror tunnels were dug underneath the courtyard of a Gaza school.  Even Hamas-friendly United Nations Relief and Works Agency (UNRWA) denounced the construction of the tunnel.

Moreover, UNRWA’s Gaza head, Matthias Schmale, admitted that Israel’s airstrikes were “very precise,” and that “they didn’t hit, with some exceptions, civilian targets.”

*The AOC-Tlaib-Pocan proposed amendment is entitled “PROHIBITION OF THE EXPORT OF THE PROPOSED TRANSFER OF DEFENSE ARTICLES, DEFENSE SERVICES, AND TECHNICAL DATA TO SUPPORT WEAPONS INTEGRATION, FLIGHT TEST, AND HARDWARE DELIVERY OF JOINT DIRECT ATTACK MUNITION VARIANTS AND SMALL DIAMETER BOMB INCREMENT I VARIANTS TO THE GOVERNMENT OF ISRAEL.”

We would love to hear from you! Please fill out this form and we will get in touch with you shortly.
Trending Z
News September 20, 2021
ZOA Deplores that Pres. Trump Dined with Jew-Haters Kanye West & Nick Fuentes, and Demands he Condemn Them
Uncategorized September 20, 2021
ZOA Honors Trump With Rarely Given Herzl Award for His Great Pro-Israel Work – Joins Ranks of Balfour, Truman, Begin, Meir, Ben-Gurion
News September 20, 2021
ZOA Responds to Questions About Pres. Trump, Kanye West, Fuentes, etc. Issue
Uncategorized September 20, 2021
Zionist Organization of America Honors Donald Trump for Support for Israel, Jewish Community
Center for Law & Justice
We work to educate the American public and Congress about legal issues in order to advance the interests of Israel and the Jewish people.
We assist American victims of terrorism in vindicating their rights under the law, and seek to hold terrorists and sponsors of terrorism accountable for their actions.
We fight anti-Semitism and anti-Israel bias in the media and on college campuses.
We strive to enforce existing law and also to create new law in order to safeguard the rights of the Jewish people in the United States and Israel.
Our Mission
ZOA STATEMENT
The ZOA speaks out for Israel – in reports, newsletters, and other publications. In speeches in synagogues, churches, and community events, in high schools and colleges from coast to coast. In e-mail action alerts. In op-eds and letters to the editor. In radio and television appearances by ZOA leaders. Always on the front lines of pro-Israel activism, ZOA has made its mark.
Related Articles
OP-ED ZOA to K. Harris: Reverse Your Troubling Positions on Iran, Omar, Israel’s Sovereign Rights