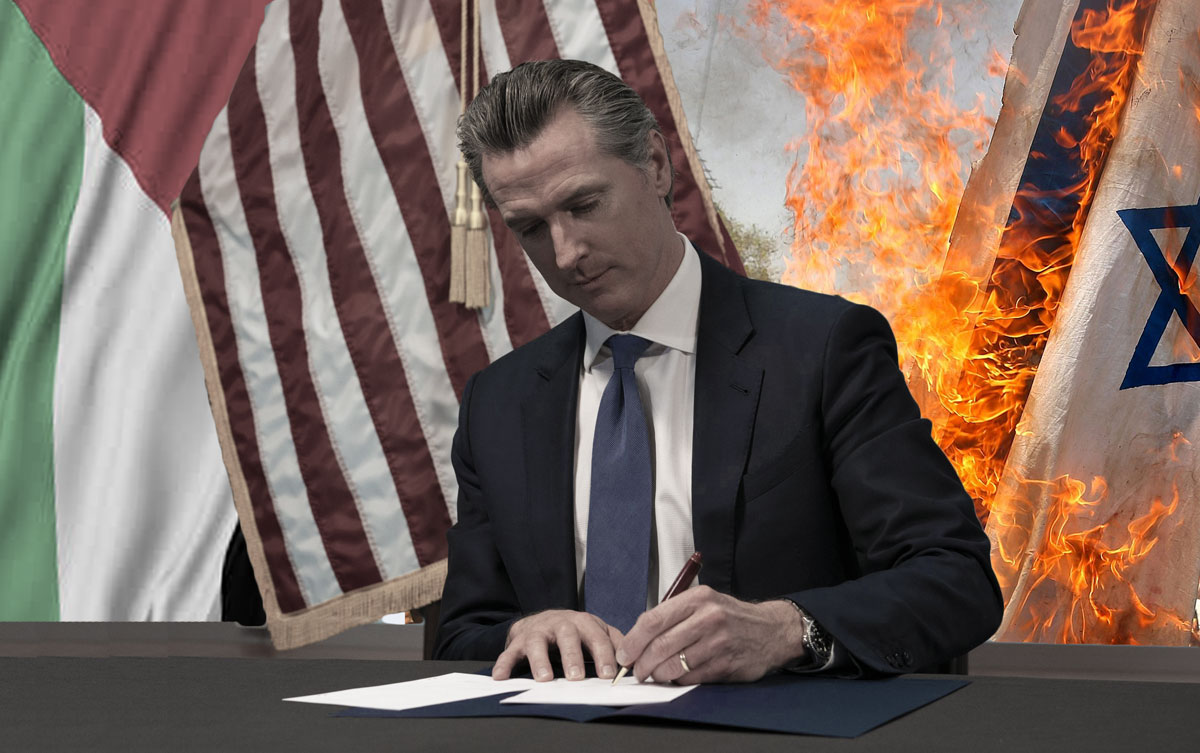 Earlier this month, the California legislature passed a bill – AB 101 – that would require all public school students to take a semester of ethnic studies in order to graduate high school.  The bill is now in Governor Gavin Newsom’s hands; he must decide whether to sign the bill or veto it.  If the Governor signs AB 101 into law, California school districts would be permitted to use the ethnic studies curriculum of their choosing – and the current options are dangerous.  Two of the curriculums developed so far are antisemitic and anti-Israel.  Another, approved by the state, is an improvement, but it is still deeply problematic, failing, for example, to recognize that anti-Israelism can be a mask for antisemitism.

AB 101 should concern us all.  If Governor Newsom signs it, California would become the first state in the U.S. to make ethnic studies a graduation requirement.  Other states may follow suit.

Particularly troubling is that influential teachers’ unions and California college professors are supporting an ethnic studies curriculum created by an organization that calls itself the “Liberated Ethnic Studies Model Curriculum Institute.”  Among its many problems, the “Liberated” curriculum falsely describes Zionism – the expression of the Jewish people’s right to live in their religious and ancestral homeland – as “a nationalist, colonial ideology” and it falsely and absurdly accuses Israel of “apartheid.”

If Governor Newsom signs AB 101 into law, school districts will be under enormous pressure to find a curriculum they can use to comply with the law.  It would be natural for them to adopt a curriculum that is ready to go.  None of the current options are acceptable.  At best, they will encourage divisiveness and misunderstanding about Jews.  At worst, they will foment antisemitism and anti-Israelism.

Whether you live in California or elsewhere, please

the petition below, urging Governor Newsom to veto AB 101:

We would love to hear from you! Please fill out this form and we will get in touch with you shortly.
Trending Z
News September 24, 2021
ZOA Condemns U.S. State Dept. & U.S. Amb. Nides For Siding with Antisemitic, Discriminatory Palestinian & Hamas Terrorists re: the Temple Mount, Violating Jews’ Religious Freedom
News September 24, 2021
ZOA’s Klein JPost Op-Ed: There is Nothing Extreme About Israel’s New Government
Uncategorized September 24, 2021
FLASH: ISRAEL-JORDAN PEACE TREATY (1994) GUARANTEES JEWS ACCESS TO THE TEMPLE MOUNT – LET MY PEOPLE PRAY
Uncategorized September 24, 2021
ZOA Analysis: Most American Rabbis Who Are Boycotting Some Israeli Ministers Are From Extremist Left Wing Groups (J Street; T’ruah; JVP)
Center for Law & Justice
We work to educate the American public and Congress about legal issues in order to advance the interests of Israel and the Jewish people.
We assist American victims of terrorism in vindicating their rights under the law, and seek to hold terrorists and sponsors of terrorism accountable for their actions.
We fight anti-Semitism and anti-Israel bias in the media and on college campuses.
We strive to enforce existing law and also to create new law in order to safeguard the rights of the Jewish people in the United States and Israel.
Our Mission
ZOA STATEMENT
The ZOA speaks out for Israel – in reports, newsletters, and other publications. In speeches in synagogues, churches, and community events, in high schools and colleges from coast to coast. In e-mail action alerts. In op-eds and letters to the editor. In radio and television appearances by ZOA leaders. Always on the front lines of pro-Israel activism, ZOA has made its mark.
Related Articles
OP-ED BY: StopAntiSemitism.org Demand Temple University President Richard Englert and the Board of Trustees Follow in CNN’s Footsteps and Fire/Sanction Anti-Semitic Professor Marc Lamont Hill

OP-ED Action Alert: Call Your Representative and Urge Them To Remove Anti-Semitic Omar from the House Foreign Affairs Committee