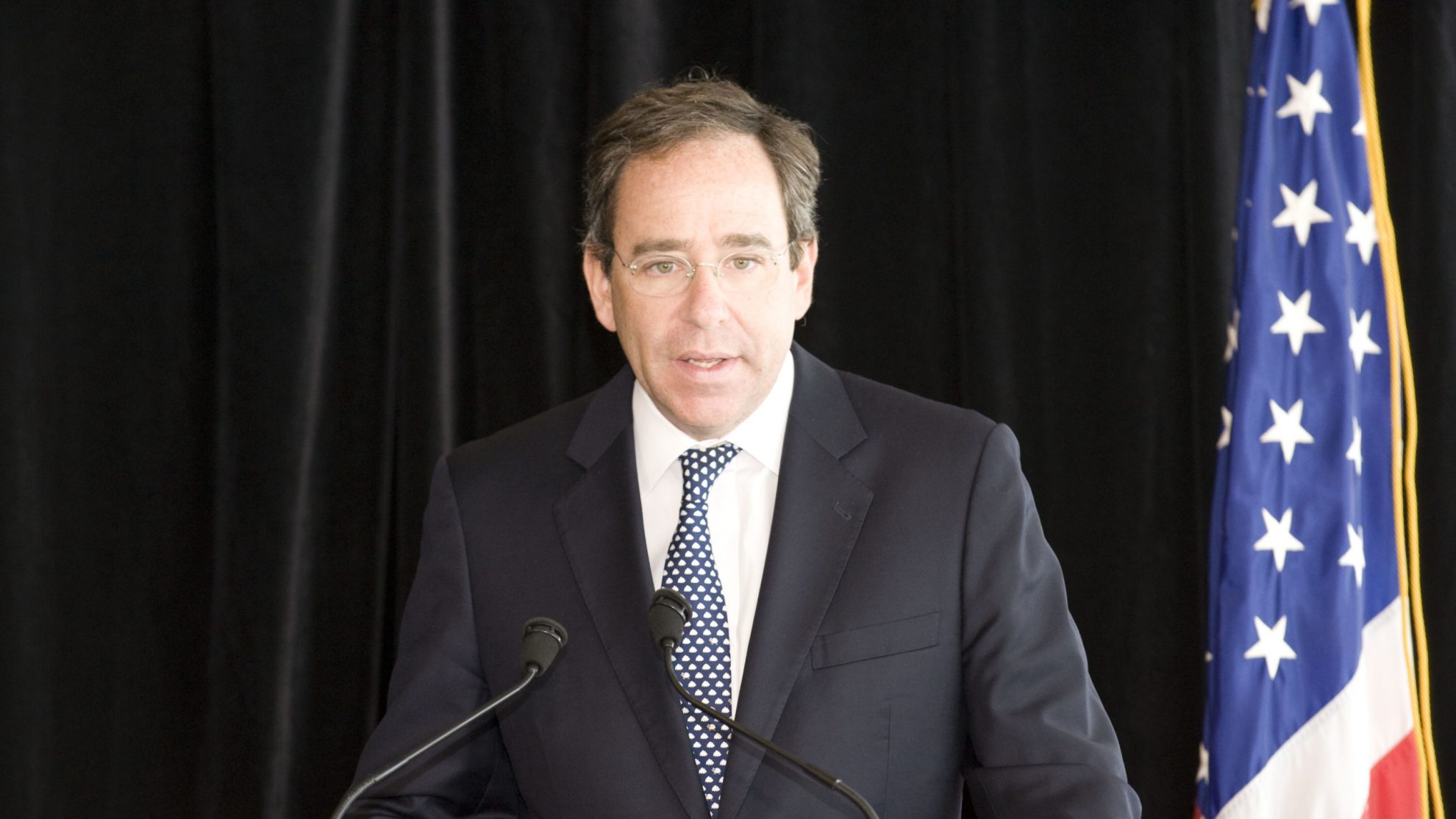 At his September 22, 202 Senate Foreign Relations Committee confirmation hearing, Thomas Nides, nominee for U.S. Ambassador to Israel, stated both some positive positions and some troubling, harmful positions regarding a range of issues affecting U.S.-Israel relations and security.

In addition, the hearing revealed that we will need to watch how Nides handles the new Palestinian law that allows the Palestinian Authority (PA) to seize the assets of non-governmental organizations. The new PA law gives the PA another route for obtaining U.S. taxpayer funds, enabling the PA to continue to pay Arab terrorists for murdering Jews and Americans.

Senator John Barrasso (R-WY) questioned Nides about a recently enacted PA law that enables the PA to effectively nationalize “non-governmental” Palestinian entities, and seize their assets. Nides said that he was unfamiliar with this and promised to look into this matter. ZOA hopes that Nides will keep his word to look into this matter; and reach the only logical, lawful conclusion―that the U.S. must stop funding Palestinian entities that are effectively nationalized by, or whose assets may be seized by, the PA.

We would love to hear from you! Please fill out this form and we will get in touch with you shortly.
Trending Z
News September 27, 2021
Fox News Joins ZOA in Exposing ADL’s Dangerous, Extremist “Educational” Programs & Joins JNS Editor Tobin in Urging Firing ADL CEO Jonathan Greenblatt
Uncategorized September 27, 2021
U.S. Amb. to Israel Thomas Nides Endangers Israel’s Security & Interferes with Israeli Sovereignty, Violating International Law
ZOA in the news September 27, 2021
ZOA Slams Extreme Anti-Israel Berkeley Law School Bylaw | Israel National News – Arutz Sheva
News September 27, 2021
ZOA Takes Legal Action Against Anti-Israel Speech from Clifton, NJ Board of Education Commissioners – The Jewish Press
Center for Law & Justice
We work to educate the American public and Congress about legal issues in order to advance the interests of Israel and the Jewish people.
We assist American victims of terrorism in vindicating their rights under the law, and seek to hold terrorists and sponsors of terrorism accountable for their actions.
We fight anti-Semitism and anti-Israel bias in the media and on college campuses.
We strive to enforce existing law and also to create new law in order to safeguard the rights of the Jewish people in the United States and Israel.
Our Mission
ZOA STATEMENT
The ZOA speaks out for Israel – in reports, newsletters, and other publications. In speeches in synagogues, churches, and community events, in high schools and colleges from coast to coast. In e-mail action alerts. In op-eds and letters to the editor. In radio and television appearances by ZOA leaders. Always on the front lines of pro-Israel activism, ZOA has made its mark.
Related Articles
OP-ED ZOA to K. Harris: Reverse Your Troubling Positions on Iran, Omar, Israel’s Sovereign Rights