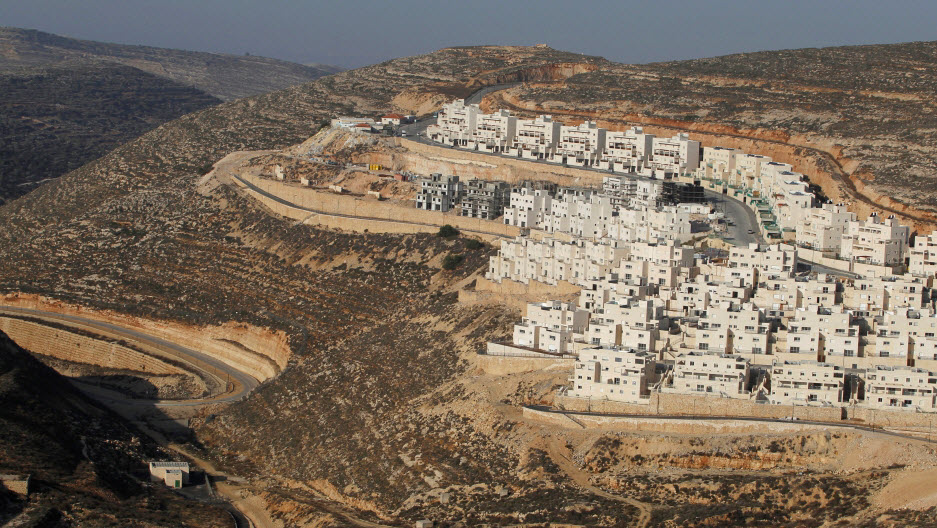 The Biden administration’s attacks are discriminatory and antisemitic – as evidenced by Blinken and Price saying nothing about the 60,000 illegal Palestinian-Arab buildings erected with EU funding in the areas of Judea/Samaria under Israeli jurisdiction (Area C), and not opposing Israel’s approval of Arab homes being built in Israeli areas. Demanding that only Jews must curtail building homes in the Jewish homeland – while Palestinian Arabs can build as they please – would be illegal under numerous  U.S. housing discrimination and human rights laws.

These anti-Israel attacks ignore that (1) Israeli communities in Judea Samaria only comprise 3% of Judea/Samaria, and (2) the Palestinians, in any event, won’t accept a State there if it means accepting Israel as a Jewish state, since they’ve turned down such statehood offers in 1937, 1948, 2000, 2001, 2008, 2014. And they didn’t establish a Palestinian Arab State from 1948-67 when the Arabs controlled all of Judea, Samaria and eastern Jerusalem. Their goal is Israel’s destruction, not statehood.

The Biden administration’s attacks also violate Israeli sovereignty, international law and  U.S. treaty obligations. Judea and Samaria are historic areas of the Jewish homeland, where Jewish kingdoms existed for centuries, and Jews have lived for thousands of years.

Judea and Samaria are areas guaranteed to the Jewish people to reconstitute the Jewish state under binding international law – including the San Remo Resolution, the League of Nations Covenant, the Mandate, the Anglo-American Convention, and UN Charter Article 80. The latter two international agreements are binding  U.S. treaty obligations, which constitute the “supreme law of the land” in the  U.S. under the Constitution. In 2019, the  U.S. recognized that Jewish communities in Judea and Samaria are legal.

In addition, the Biden administration’s public attacks violate the “Biden Doctrine” that the  U.S. should not publicly criticize its friend and ally Israel.

During Biden’s 2001 address at the ZOA’s Brandeis dinner, Biden insisted that the  U.S. should not publicly chastise its friend Israel, and explained that public criticism “emboldens those in the Middle East and around the world who still harbor as their sacred goal the elimination of Israel… It is not for you to tell them [Israel], nor for me, what is in their best interests. We should give Israel the right to determine what chances they will take.”

Israel has nonetheless been bending over backward to appease the Biden administration – at the cost of Jewish families who need a place to live. Specifically:

That administration adopted extremely dangerous rationales for their discriminatory demands on Israel. For instance, Price wrongly claimed that “expansion of settlements… is completely inconsistent with efforts to lower tensions and to ensure calm.” This essentially adopted the radical Islamist view that we can’t have “calm” if Jews live in the Jewish homeland.

Price failed to mention the real causes of the lack of calm: the Palestinian Authority’s non-stop incitement of Jew-hatred, and paying Arabs to murder Jews and Americans.

The Biden administration has many pressing domestic and foreign policy issues that require its attention. It’s time for the administration to stop spending its time wrongly interfering with and attacking our greatest ally, the peace-loving democratic Jewish State of Israel.

We would love to hear from you! Please fill out this form and we will get in touch with you shortly.
Trending Z
Uncategorized November 3, 2021
FLASH: ISRAEL-JORDAN PEACE TREATY (1994) GUARANTEES JEWS ACCESS TO THE TEMPLE MOUNT – LET MY PEOPLE PRAY
Uncategorized November 3, 2021
ZOA Analysis: Most American Rabbis Who Are Boycotting Some Israeli Ministers Are From Extremist Left Wing Groups (J Street; T’ruah; JVP)
Uncategorized November 3, 2021
Israel’s “Right of Return” Grandparent Clause is De-Judaizing the Jewish State – Eliminate It
Uncategorized November 3, 2021
Exclusive: ZOA Accuses Ilhan Omar of Hating the U.S. ‘as Much as Israel,’ Lauds Kevin McCarthy for ‘Throwing Her Off the HFAC’
Center for Law & Justice
We work to educate the American public and Congress about legal issues in order to advance the interests of Israel and the Jewish people.
We assist American victims of terrorism in vindicating their rights under the law, and seek to hold terrorists and sponsors of terrorism accountable for their actions.
We fight anti-Semitism and anti-Israel bias in the media and on college campuses.
We strive to enforce existing law and also to create new law in order to safeguard the rights of the Jewish people in the United States and Israel.
Our Mission
ZOA STATEMENT
The ZOA speaks out for Israel – in reports, newsletters, and other publications. In speeches in synagogues, churches, and community events, in high schools and colleges from coast to coast. In e-mail action alerts. In op-eds and letters to the editor. In radio and television appearances by ZOA leaders. Always on the front lines of pro-Israel activism, ZOA has made its mark.
Related Articles
OP-ED BY: Joel B. Pollak, Breitbart News Breitbart: Blue State Blues: Nancy Pelosi Must Remove Ilhan Omar From the House Foreign Affairs Committee