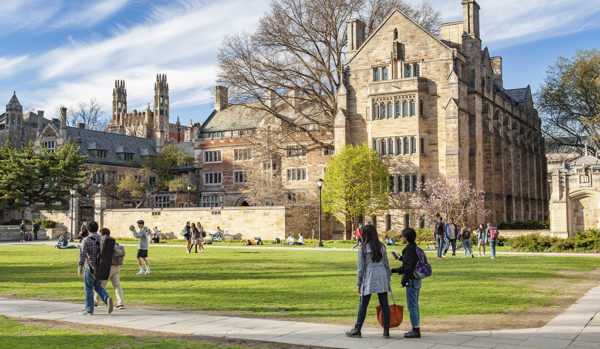 ADL’s “Never is Now” event has hypocritically been trying to portray ADL as championing combating bigotry against Asian Americans and Pacific Islanders (AAPI) – at the same time when ADL has been harming both Asian and Jewish college applicants by working to eliminate merit-based college admissions.

At its “Never is Now” event, ADL CEO Jonathan Greenblatt is also promoting ADL’s left wing political agenda by wrongly blaming former President Trump’s use of terms such as “Wuhan flu” for the murderous rampage last spring (during Biden’s term in office) in which a sexual deviant murdered Asians, whites and a Hispanic at massage parlors in Atlanta. To further add to this absurdity, despite the numerous excellent AAPI groups that ADL could have chosen from, ADL’s “Never is Now” event is featuring the head of an AAPI organization that honored Jew-hater Linda Sarsour.

ADL submitted an amicus brief supporting Harvard’s discrimination against Asian admission applicants in the Students for Fair Admissions, Inc. v. President and Fellows of Harvard case (1st Cir., May 21, 2020). ADL’s promotion of Harvard’s “race-conscious” admissions policies hurts both Jews and Asians, and destroys the fundamental American ethos that individual merit and hard work should be rewarded.

ADL’s amicus brief also had the audacity to deny that Asian Americans were harmed by Harvard’s race-conscious admissions.

ZOA’s friends in the Asian American community tell us that their hardworking children are suffering from the real anti-Asian bigotry caused by universities such as Harvard casting aside merit-based admissions. Our Asian American friends’ children, like our Jewish children, have been denied spots in competitive programs due to discrimination against Jewish and Asian applicants.

Notably, ADL appears to be the only Jewish group that promoted Harvard’s race-conscious, admissions policy. (See Supreme Court docket.) A Gallup poll found that 67% of Americans believe that college admissions should be solely based on individual merit.

Despite the fact that ADL boasted about filing its brief on ADL’s website, we wonder if the Asian Americans who are participating in ADL’s “Now is Never” event are aware of ADL’s harmful anti-Asian legal efforts.

During a discussion at the “Never is Now” opening event with actor and producer Daniel Dae Kim, ADL CEO Jonathan Greenblatt wrongly blamed former President Trump’s use of the descriptive terms “China Virus” and “Wuhan Flu” for “really culminating in the brutal murder of AAPI women last spring.” Trump was not even in office then.

Diseases – e.g., German measles; Middle Eastern Respiratory Syndrome; Lyme disease (from Lyme, Connecticut); Spanish flu; Zika virus (from Zika, Ghana); Ebola flu (river in Africa); Brazilian variant; the South African variant of COVID – are typically named after the place where the disease is believed to have originated or spread. It is wrong for ADL’s CEO to blame President Trump’s use of “Wuhan flu” for the Atlanta massacre which took place during the Biden administration.

The massacre in Atlanta was likely not an anti-Asian hate crime. The killer of five Asian women, two whites and a Hispanic at Atlanta area massage parlors in March 2021 told the police that his heinous crime was an attempt to eliminate his sexual addiction temptation (not anti-Asian racism). Witnesses reported that the killer shot indiscriminately at everyone in sight.

ADL’s “Never is Now” Event is Featuring the Head of an AAPI Organization that Honored Jew-Hater Linda Sarsour and Promoted Jew-Hater Kristen Clarke:

There are many wonderful AAPI groups and leaders. But unfortunately, ADL’s “Never is Now” event instead chose to feature the president (John C. Yang) of Asian Americans Advancing Justice (AAAJ), which gave Jew-hater/Israel-hater Linda Sarsour its 2017 “Changemaker Award.” (See tweet by DanFined.)

Yang also retweeted a “call to action” to help Jew-hating, Israel-hating racist Kristen Clarke to be confirmed as Biden’s assistant attorney general. Clarke’s long list of horrible statements include saying that the views of an antisemite (who called Jewish NAACP leaders “spies for the rest of the white race,” and called Zionism “a tool of imperialism”) were “based on indisputable fact.” Yet Yang’s retweet falsely called Clarke a “fearless champion for civil and human rights.”

Many non-Asian featured speakers at ADL’s “Never is Now” event also have deeply concerning hostile-to-Israel records (to be discussed in a separate press release).

We would love to hear from you! Please fill out this form and we will get in touch with you shortly.
Trending Z
Uncategorized November 8, 2021
FLASH: ISRAEL-JORDAN PEACE TREATY (1994) GUARANTEES JEWS ACCESS TO THE TEMPLE MOUNT – LET MY PEOPLE PRAY
Uncategorized November 8, 2021
ZOA Analysis: Most American Rabbis Who Are Boycotting Some Israeli Ministers Are From Extremist Left Wing Groups (J Street; T’ruah; JVP)
Uncategorized November 8, 2021
Israel’s “Right of Return” Grandparent Clause is De-Judaizing the Jewish State – Eliminate It
Uncategorized November 8, 2021
Exclusive: ZOA Accuses Ilhan Omar of Hating the U.S. ‘as Much as Israel,’ Lauds Kevin McCarthy for ‘Throwing Her Off the HFAC’
Center for Law & Justice
We work to educate the American public and Congress about legal issues in order to advance the interests of Israel and the Jewish people.
We assist American victims of terrorism in vindicating their rights under the law, and seek to hold terrorists and sponsors of terrorism accountable for their actions.
We fight anti-Semitism and anti-Israel bias in the media and on college campuses.
We strive to enforce existing law and also to create new law in order to safeguard the rights of the Jewish people in the United States and Israel.
Our Mission
ZOA STATEMENT
The ZOA speaks out for Israel – in reports, newsletters, and other publications. In speeches in synagogues, churches, and community events, in high schools and colleges from coast to coast. In e-mail action alerts. In op-eds and letters to the editor. In radio and television appearances by ZOA leaders. Always on the front lines of pro-Israel activism, ZOA has made its mark.
Related Articles
OP-ED ZOA: Pending Senate Res. (S. Res. 6) Condemning UN Security Council Resolution 2334 Must Eliminate Promoting a Palestinian/Hamas State