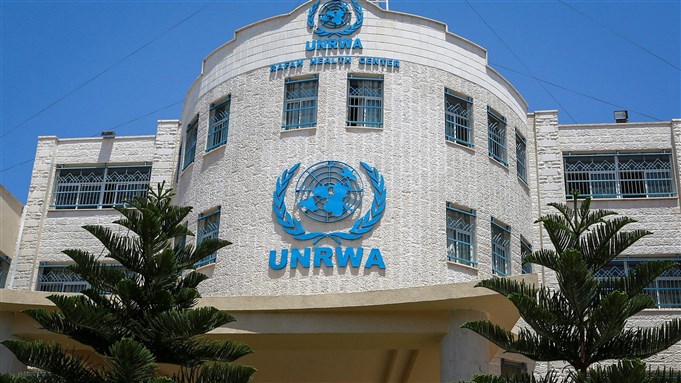 The United Nations Relief and Works Agency (UNRWA) is devoted exclusively to Palestinian Arab refugees. Unlike the UN High Commissioner for Refugees – the UN body that deals with every other refugee group around the world – UNRWA’s goal, since its creation in 1949, has never been to resettle refugees. Instead, as esteemed journalist Jonathan Tobin recently noted, UNRWA “keeps them in place in refugee camps – now built-up urban neighborhoods – so as to maintain their status as political cudgels with which to beat Israel.”

UNRWA promotes this objective in the schools it runs for Palestinian Arab children, including in Gaza, Judea and Samaria, and the eastern part of Jerusalem. These schools teach children to hate Israel and Jews and they glorify terrorism. UNRWA is generously supported by our tax dollars. In 2021, the U.S. gave $318 million to UNRWA, making the U.S. its largest donor.

Join us to protest the antisemitic, anti-Israel education provided to Palestinian Arab children in UNRWA-run schools, and U.S. support for UNRWA.

A UN agency supported by our tax dollars should be promoting peace and tolerance – not Jew-hatred, Israel-hatred, or terrorism.

We would love to hear from you! Please fill out this form and we will get in touch with you shortly.
Trending Z
News November 17, 2021
ZOA Condemns U.S. State Dept. & U.S. Amb. Nides For Siding with Antisemitic, Discriminatory Palestinian & Hamas Terrorists re: the Temple Mount, Violating Jews’ Religious Freedom
News November 17, 2021
ZOA’s Klein JPost Op-Ed: There is Nothing Extreme About Israel’s New Government
Uncategorized November 17, 2021
FLASH: ISRAEL-JORDAN PEACE TREATY (1994) GUARANTEES JEWS ACCESS TO THE TEMPLE MOUNT – LET MY PEOPLE PRAY
Uncategorized November 17, 2021
ZOA Analysis: Most American Rabbis Who Are Boycotting Some Israeli Ministers Are From Extremist Left Wing Groups (J Street; T’ruah; JVP)
Center for Law & Justice
We work to educate the American public and Congress about legal issues in order to advance the interests of Israel and the Jewish people.
We assist American victims of terrorism in vindicating their rights under the law, and seek to hold terrorists and sponsors of terrorism accountable for their actions.
We fight anti-Semitism and anti-Israel bias in the media and on college campuses.
We strive to enforce existing law and also to create new law in order to safeguard the rights of the Jewish people in the United States and Israel.
Our Mission
ZOA STATEMENT
The ZOA speaks out for Israel – in reports, newsletters, and other publications. In speeches in synagogues, churches, and community events, in high schools and colleges from coast to coast. In e-mail action alerts. In op-eds and letters to the editor. In radio and television appearances by ZOA leaders. Always on the front lines of pro-Israel activism, ZOA has made its mark.
Related Articles
OP-ED Action Alert: Call Your Representative and Urge Them To Remove Anti-Semitic Omar from the House Foreign Affairs Committee