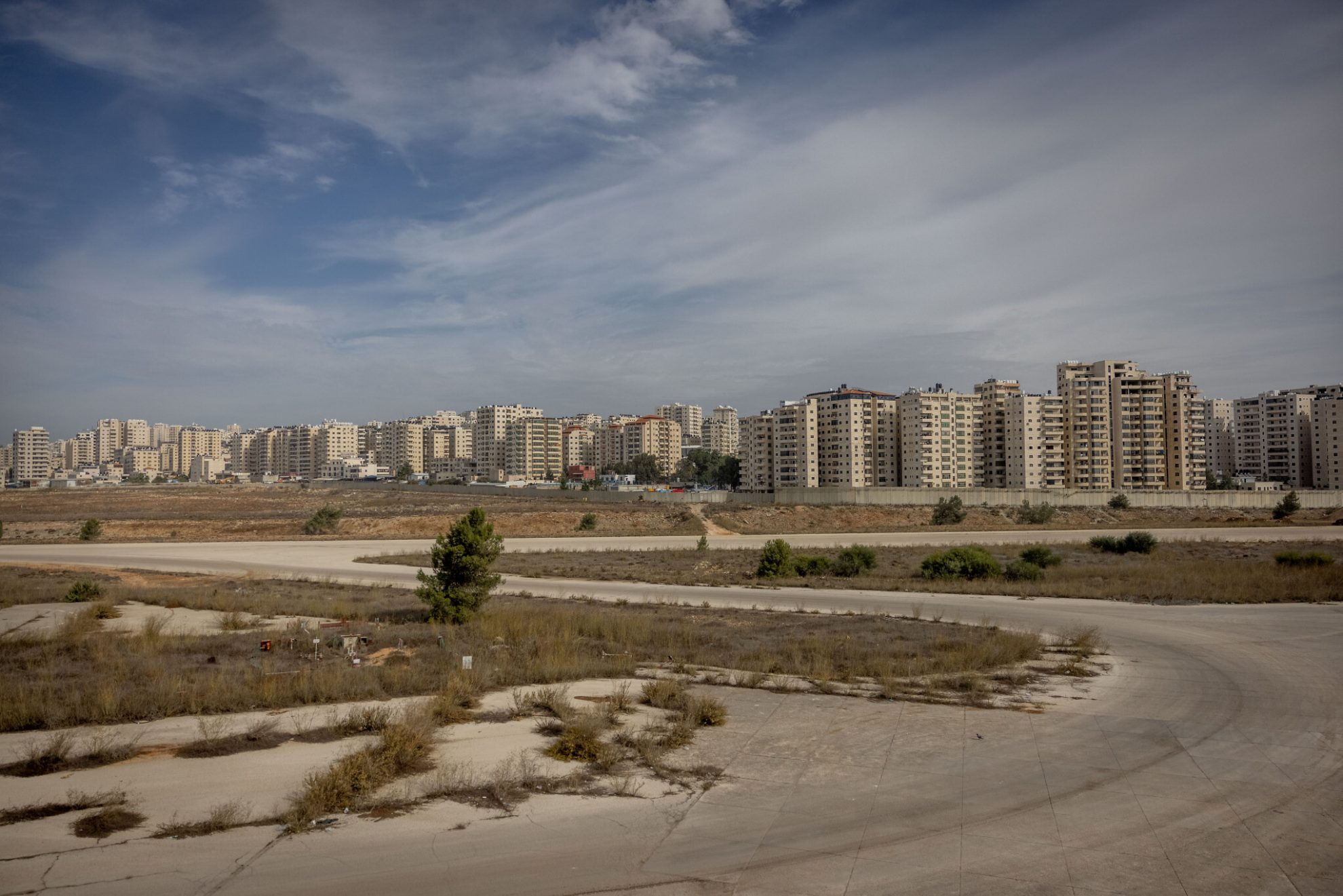 ZOA Is Alarmed by Reports That Israel’s Leaders Seem to Be Bowing to These Outrageous U.S. Pressures: Israeli Foreign Minister Yair Lapid even stated that the Israeli government “will make sure that [the Israeli government’s decision on Atarot housing] does not turn into a confrontation with the American government.” We urge Israel’s leaders to stand up for Israel’s sovereign rights; especially in Jerusalem, and especially at this time of record-breaking Aliyah into Israel in the face of worldwide antisemitism. Jews should not be left homeless to appease the Biden administration’s wrong-headed, dangerous, discriminatory policies towards Jewish communities and homes in the Jewish homeland.

Unfortunately, on December 6th, the Jerusalem District Committee suspended approval processes for these urgently-needed homes in Atarot, using the excuse of waiting for an environmental study, but most likely in response to the unconscionable Biden administration pressures. (If an environmental study is really needed, the proper procedure is to have the study take place simultaneously with moving the approval process forward.)

U.S. Embassy’s Outrageous Interference: Outrageously, according to our sources, U.S. Embassy political advisor Anat Ben Nun (a recent director of “Peace Now” – a far-left group that even supports anti-Israeli boycotts) appeared and participated at the Jerusalem District Committee housing meeting on December 6th. It is an unheard of, new low for U.S. representatives to interfere with local housing approval decisions in this manner. This is just like a foreign country’s government sending its representatives to U.S. city local housing meetings to oppose building homes for Americans.

Secretary Blinken’s Unconscionable Interference: On Thursday, December 2nd, U.S. Secretary of State Antony Blinken called Israeli Prime Minister Naftali Bennett to “strongly emphasize” that Israel should “refrain from . . . advancing settlement activity.” (State Dep’t Call Readout.) And, according to a Times of Israel report, a source said that, during this call, PM Bennett assured Secretary Blinken that the plan to build 9,000 homes in Atarot would not receive final approval for construction – but that even this huge, uncalled-for, concession undermining Israeli sovereignty and basic housing rights did not satisfy Blinken. Blinken reportedly said that “any advancement of the plan at all [i.e., initial approval processes] would be unacceptable, as far as Washington is concerned.”

U.S. Ambassador Thomas-Greenfield’s Unconscionable Interference: Also, on Tuesday, November 30th, U.S. Ambassador to the United Nations Linda Thomas-Greenfield told the UN Security Council that Jewish “settlement expansion . . . has reached a critical juncture, and it is now undermining even the very viability of a negotiated two-state solution.” By “settlement expansion,” the U.S. envoy was discriminatorily referring to building any homes for Jews, including in Jerusalem and areas of Judea and Samaria that would remain within Israel in any negotiated settlement. Moreover, the Biden administration never mentions the 60,000 illegal Arab homes in Judea/Samaria Area C (areas assigned to Israeli administration under the Oslo accords) – but instead screams about a few thousand homes for Jews in the Jewish homeland.

The U.S. envoy’s statement also ignores the salient fact that the Palestinian Authority has rejected multiple over-generous settlement offers, and will never agree to any agreement that lets Israel live in peace. The PA’s aim is Israel’s complete destruction.

Atarot, Jerusalem is Jewish-Owned Land With a Long Jewish History: Atarot is named after, and is believed to be located near the site of biblical Atarot, part of the inheritance of Jewish patriarch Joseph’s children, recounted in Prophets: Joseph 16:2,5 & 7. In 1912, Jews purchased, resettled, farmed, and reclaimed the rocky land of Atarot. In 1922, Jews built a cooperative agricultural moshav in Atarot. One of the young pioneers of Atarot was Israeli Labor Party co-founder and Prime Minister Levi Eshkol.

When six Arab nations invaded the newly reconstituted state of Israel in 1948, the Jordanian army repeatedly attacked Atarot and ultimately captured, looted, and destroyed Atarot, and turned it into an airport. In the defensive 1967 war, Israel liberated Atarot along with the rest of the areas of Jerusalem that Jordan had illegally seized in 1948. Atarot is now part of Israel’s capital. Arabs frequently attacked Jews in Atarot during the Second Intifada. An industrial park was developed in Atarot, containing Arab, Jewish, and jointly-owned businesses, and employing both Arabs and Jews.

Jerusalem educator Benjamin Shafran praises the potential development of housing units in Atarot as “historical justice,” noting that Jews lived here between 1912 and 1948. We agree.

The Biden administration’s unjust anti-Israel interference deserves to be condemned and ignored.

It’s no wonder that these anti-Israel Biden decisions are being made since he has appointed 20 hostile-to-Israel officials in posts that affect Israel.

We would love to hear from you! Please fill out this form and we will get in touch with you shortly.
Trending Z
Uncategorized December 8, 2021
FLASH: ISRAEL-JORDAN PEACE TREATY (1994) GUARANTEES JEWS ACCESS TO THE TEMPLE MOUNT – LET MY PEOPLE PRAY
Uncategorized December 8, 2021
ZOA Analysis: Most American Rabbis Who Are Boycotting Some Israeli Ministers Are From Extremist Left Wing Groups (J Street; T’ruah; JVP)
Uncategorized December 8, 2021
Israel’s “Right of Return” Grandparent Clause is De-Judaizing the Jewish State – Eliminate It
Uncategorized December 8, 2021
Exclusive: ZOA Accuses Ilhan Omar of Hating the U.S. ‘as Much as Israel,’ Lauds Kevin McCarthy for ‘Throwing Her Off the HFAC’
Center for Law & Justice
We work to educate the American public and Congress about legal issues in order to advance the interests of Israel and the Jewish people.
We assist American victims of terrorism in vindicating their rights under the law, and seek to hold terrorists and sponsors of terrorism accountable for their actions.
We fight anti-Semitism and anti-Israel bias in the media and on college campuses.
We strive to enforce existing law and also to create new law in order to safeguard the rights of the Jewish people in the United States and Israel.
Our Mission
ZOA STATEMENT
The ZOA speaks out for Israel – in reports, newsletters, and other publications. In speeches in synagogues, churches, and community events, in high schools and colleges from coast to coast. In e-mail action alerts. In op-eds and letters to the editor. In radio and television appearances by ZOA leaders. Always on the front lines of pro-Israel activism, ZOA has made its mark.
Related Articles
OP-ED ZOA Urges Trump: Condemn Putin’s Slur On Jews & Other Groups