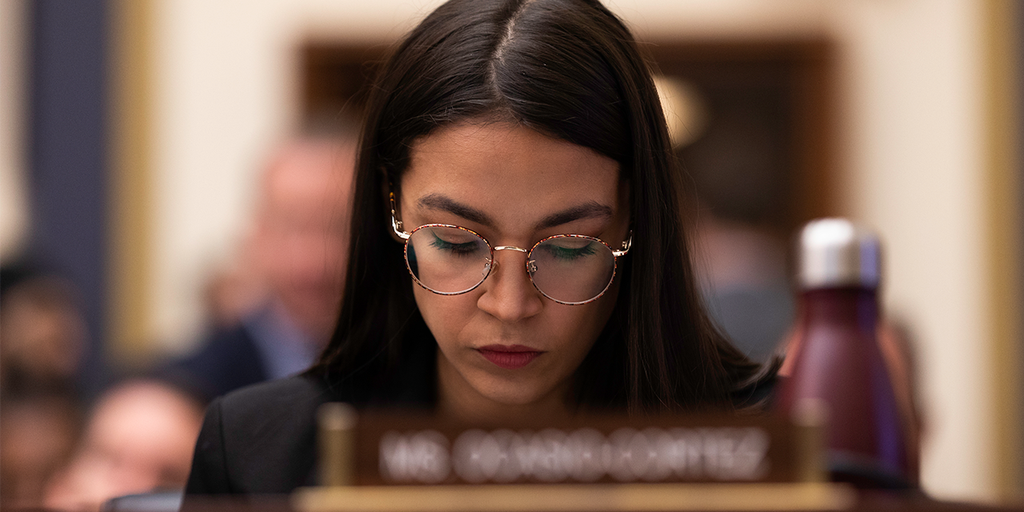 Letter From the Zionist Organization of America (ZOA) To Rep. Ocasio-Cortez Urging the Termination of her Antisemitic Staffer
News Press Release

I am writing to you on behalf of the Zionist Organization of America (ZOA) and many ZOA members and supporters residing in your congressional district and throughout the country.

ZOA is the oldest pro-Israel organization in the United States. Since its inception, ZOA has been at the forefront of combating antisemitism.

Your legislative assistant, Hussain Altamimi, has made false, hateful, antisemitic, anti-Israel accusations on Instagram. Mr. Altamimi’s vitriolic posts are likely to add to the atmosphere of antisemitism and hatred that has fueled increasing, frightening, violent attacks on Jews in New York and throughout the United States.

Israel is the historic, tiny Jewish homeland, lawfully reconstituted under binding international law; it is not “stolen land.” Israel’s population is extremely diverse, and has no “hierarchy.” Israel is the home to, among others, Jews who have lived in Israel for centuries and millennia; descendants of 850,000 Mizrachi Jews who fled to Israel after Jews being murdered and expelled from Arab countries; and 1.7 million Arabs. Those Arabs are descended from 160,000 Arabs who remained in Israel in 1948 – most of whom were non-indigenous recent immigrants to Israel from Egypt, Syria and Algeria. Israel’s 1.7 million Arabs have full rights, are part of Israel’s ruling coalition, and serve in the Knesset, the Israeli Supreme Court, etc.

The Zionist Organization of America urges you to publicly condemn these hateful odious remarks against the Jewish State of Israel and to immediately terminate Hussein Altamimi.

The racist dictatorship in the area is the Palestinian Authority. The Palestinian Authority states that no Jews will be allowed to live in their entity; condemns Arabs to death for selling property to Jews; and pays Arabs lifetime pensions to murder Jews and Americans. The PA also names schools, streets, and sports teams after Jew-killers.

I invite you to call me if you have any questions.

We would love to hear from you! Please fill out this form and we will get in touch with you shortly.
Trending Z
News January 5, 2022
At ZOA Gala Secy Pompeo Gave the Greatest, Most Pro-Israel Speech Ever Delivered by a Public Official
News January 5, 2022
Dershowitz in Arutz 7: NYC’s Temple Emanu-El Silences a Pro-Israel Voice & Promotes an Anti-Israel Voice
Uncategorized January 5, 2022
Jewish Press: Has Deborah Lipstadt Undercut Both Herself and Future Antisemitism Envoys?
CLJ January 5, 2022
ZOA Letter to Jason Wingard, President, Temple U, Concerning an Antisemitic Incident
Center for Law & Justice
We work to educate the American public and Congress about legal issues in order to advance the interests of Israel and the Jewish people.
We assist American victims of terrorism in vindicating their rights under the law, and seek to hold terrorists and sponsors of terrorism accountable for their actions.
We fight anti-Semitism and anti-Israel bias in the media and on college campuses.
We strive to enforce existing law and also to create new law in order to safeguard the rights of the Jewish people in the United States and Israel.
Our Mission
ZOA STATEMENT
The ZOA speaks out for Israel – in reports, newsletters, and other publications. In speeches in synagogues, churches, and community events, in high schools and colleges from coast to coast. In e-mail action alerts. In op-eds and letters to the editor. In radio and television appearances by ZOA leaders. Always on the front lines of pro-Israel activism, ZOA has made its mark.
Related Articles
OP-ED ZOA Mourns Passing of Ariel Founder & Visionary, Ron Nachman