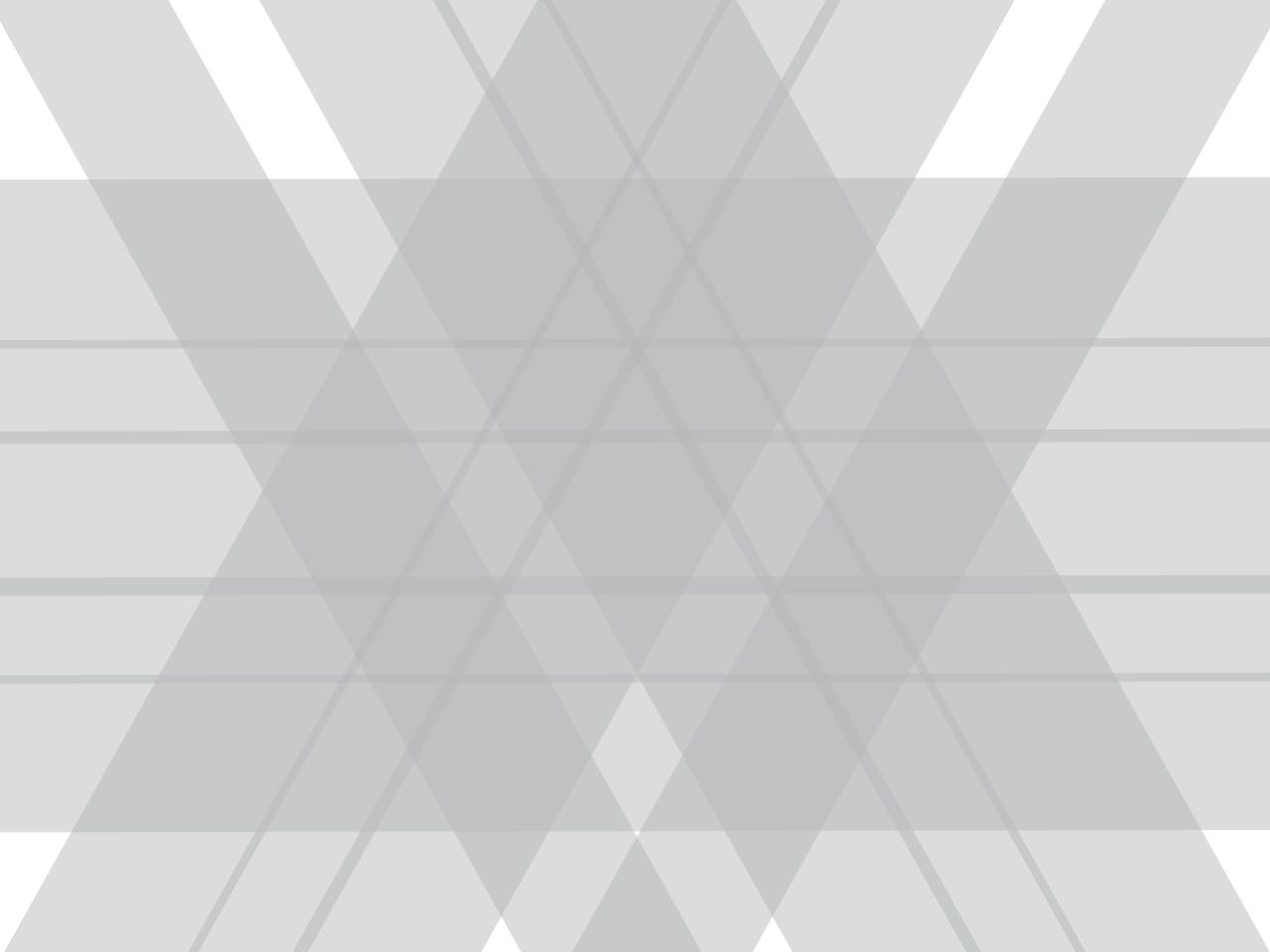 Registration is now closed for the ZOA Florida “Heroes for Israel” Gala.

ZOA Florida is excited to announce its 2022 major fundraising gala “Heroes for Israel,” chaired by Board members Marian and Paul Kruss. ZOA is thrilled to be honoring and recognizing the Honorable David Friedman, former U.S. Ambassador to Israel.

ZOA is also privileged to be honoring and recognizing the Honorable Gabriel Groisman, Mayor of Bal Harbour, and Rabbi Ariel Yeshurun on behalf of his congregation at Skylake Synagogue.

The gala will be held on the evening of Thursday, February 24th, 2022, at Aventura Turnberry Jewish Center.

Special guests include ZOA National President Morton A. Klein, whom the Forward has named as one the five most influential Jewish leaders in America; Consul General of Israel in Miami Maor Elbaz-Starinsky; elected officials, and more.

Ambassador David Friedman will receive the “Zionist Hero Award” for his leadership during his term as U.S. Ambassador to Israel. During his nomination for Ambassador, ZOA was proud to be the leader in support, publishing a press release  listing his many qualifications and asking our members to contact their Senators to urge them to approve his nomination.  At the time, ZOA National President Morton Klein announced, “David Friedman has the potential to be the greatest U.S. Ambassador to Israel ever.” We are proud to look back on that statement, knowing how true it is!

Of special significance was his role in the historic American embassy move to Jerusalem, acknowledging the Jewish people’s right to their eternal and undivided capital; the recognition of the Golan Heights as part of the Jewish State; and particularly, the successful negotiations of the Abraham Accords. Ambassador Friedman’s new book on the subject, Sledgehammer: How Breaking with the Past Brought Peace to the Middle East, is available for pre-order on Amazon (and will be released well before the gala, on February 8th). The book delves into how the establishment of the historic Abraham Accords gave lie to the flawed notion that stability and peace in the Middle East is dependent on a so-called “Two-State Solution.”

Upon accepting the honor to receive the “Zionist Hero Award,” Ambassador Friedman stated, “I am deeply honored to receive the Zionist Hero Award from ZOA, a vital organization that is such an effective advocate for a strong U.S.-Israel relationship. At a time when Israel and its supporters find themselves under attack from extremists on the Right and Left, ZOA exposes and combats this malign activity like no one else. I wish ZOA and its members continued strength and success in their critical work.” Previous recipients of the “Zionist Hero Award” are Gov. Ron DeSantis and former Florida congresswoman, Ileana Ros-Lehtinen.

Mayor Gabriel Groisman will receive the “Pillar of the Community” award for his leadership over the last several years, particularly for prominently confronting antisemitism, while encouraging all Jews to stand proudly. Mayor Groisman’s actions, calling out antisemitism and anti-Zionism, have continued to serve as examples to other local elected officials, to the diverse following that he has successfully cultivated around his achievements, and to the entire community. Mayor Groisman exemplifies what it means to be a steadfast leader, outspoken on what matters most when it comes to standing strong for Israel and the Jewish people. Upon accepting the honor to receive ZOA’s “Pillar of the Community” award, Mayor Groisman stated, “It is a tremendous honor to be recognized by the Zionist Organization of America. Everyone shares an obligation to do the right thing. I have been blessed with various opportunities to stand up for our community and for others, and have done what our community has always taught us to do. As a proud Jew and Zionist, I am thankful to have been able to effect change where needed most. The work has just begun. Thank you for your continued support and partnership.”

Rabbi Ariel Yeshurun will receive the “Light Unto the Nations” award on behalf of Skylake Synagogue. Rabbi Yeshurun has led and inspired his congregation to get involved with Zionist activities, providing educational opportunities to learn more and advocate on behalf of Israel. During the horrific Surfside tragedy that shocked the entire South Florida community, Skylake Synagogue, under the leadership of Rabbi Yeshurun, mobilized to become a drop off and distribution site for food, clothing, and toiletries, bringing neighbors and strangers together to channel their grief through chesed (kindness). Upon accepting the honor of receiving the award, Rabbi Yeshurun stated, “On behalf of Skylake Synagogue, I am very grateful to have been chosen as an honoree by the ZOA at the upcoming Florida gala dinner event along with former U.S. Ambassador to Israel, David Friedman and Mayor of Bal Harbour, Gabe Groisman. It is truly an honor be the recipient of the “Light Unto Nations” award and celebrate the Zionist dream ­― for which the ZOA has done and continues to do so much ­― come true in a thriving and vibrant State of Israel. I congratulate the Zionist Organization of America for being such a relentless voice and strong advocate of Israel, and wish its leadership courage and resolve in all their future challenges and endeavors.”

The third annual ZOA Florida Heroes for Israel Gala promises to be a memorable evening with a true show of support and gratitude for these heroes for Israel: Ambassador David Friedman, Mayor Gabriel Groisman, and Rabbi Ariel Yeshurun representing Skylake Synagogue. ZOA is also looking forward to showcasing its range of important work; an expanding and robust campus department with ZOA coordinators in over 100 campuses around the country, inspiring students with Zionist pride, educating them about Israel and helping them fight against the ever-present anti-Zionism lies they face; a tireless government relations department that continually informs members of Congress the truth of the Arab/Islamist war against Israel and the West  This sacred work helps insure the future prosperity of the Jewish people and all of Israel, including our biblical heartland of Judea and Samaria; and an effective and powerful Center for Law and Justice, which takes on cases of discrimination and harassment of Jewish students in colleges and high schools, fighting against antisemitism and fighting the antisemitic Boycott, Divestment and Sanctions (BDS) efforts through our legal system. It was ZOA which led the fight to change Title VI of the Civil Rights Act to finally include Jewish students.

We would love to hear from you! Please fill out this form and we will get in touch with you shortly.
Trending Z
Uncategorized January 6, 2022
FLASH: ISRAEL-JORDAN PEACE TREATY (1994) GUARANTEES JEWS ACCESS TO THE TEMPLE MOUNT – LET MY PEOPLE PRAY
Uncategorized January 6, 2022
ZOA Analysis: Most American Rabbis Who Are Boycotting Some Israeli Ministers Are From Extremist Left Wing Groups (J Street; T’ruah; JVP)
Uncategorized January 6, 2022
Israel’s “Right of Return” Grandparent Clause is De-Judaizing the Jewish State – Eliminate It
Uncategorized January 6, 2022
Exclusive: ZOA Accuses Ilhan Omar of Hating the U.S. ‘as Much as Israel,’ Lauds Kevin McCarthy for ‘Throwing Her Off the HFAC’
Center for Law & Justice
We work to educate the American public and Congress about legal issues in order to advance the interests of Israel and the Jewish people.
We assist American victims of terrorism in vindicating their rights under the law, and seek to hold terrorists and sponsors of terrorism accountable for their actions.
We fight anti-Semitism and anti-Israel bias in the media and on college campuses.
We strive to enforce existing law and also to create new law in order to safeguard the rights of the Jewish people in the United States and Israel.
Our Mission
ZOA STATEMENT
The ZOA speaks out for Israel – in reports, newsletters, and other publications. In speeches in synagogues, churches, and community events, in high schools and colleges from coast to coast. In e-mail action alerts. In op-eds and letters to the editor. In radio and television appearances by ZOA leaders. Always on the front lines of pro-Israel activism, ZOA has made its mark.
Related Articles
OP-ED BY: ZOA Staff ZOA Praises Netanyahu UN Speech Condemning World Silence on Iran’s Threats to Destroy Israel