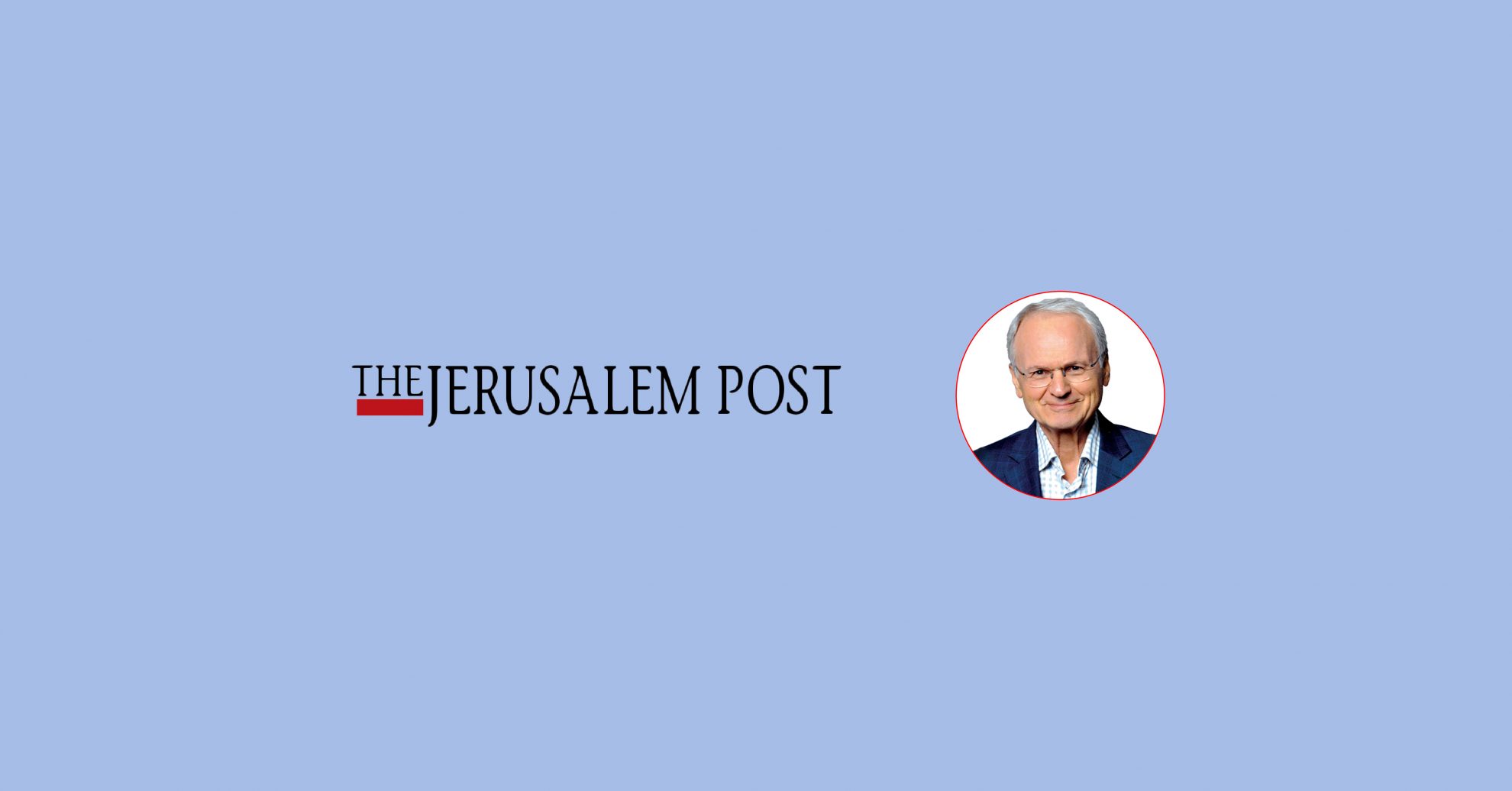 In 1999, then-US senator from Florida Connie Mack gave a speech describing the PA leadership’s incitement of hatred, terrorism against Jews and Israel.

(JANUARY 15, 2022 / JERUSALEM POST) On March 3, 1999, the great then-U.S. senator from Florida, Connie Mack, gave an important speech on the floor of the Senate, describing the Palestinian Authority leadership’s incitement, in schools and media, of hatred, terrorism and annihilation against Jews and Israel.

It’s worthwhile revisiting senator Mack’s speech – because it spelled out the root of the problem that has grown even worse today.

Mack asked the key question: “How is it possible to engage in peace negotiations with people who maintain the right to obliterate you, who are filled with hatred toward you, and who harbor the dream of one day destroying your homeland? Peace is a matter of the heart. But what I saw, which was the outcome of the Palestinian Authority rule, convinced me that their hearts and minds are set on other goals. The Palestinian leadership does not want peace. They want to use their state to eliminate the State of Israel.”

The senator wisely concluded: “[I]f the Palestinian leadership fails to abandon incitement of hatred, persecution, and terrorism, then we are all dreaming, only dreaming [of peace], and our president’s behavior must be labeled foolish appeasement. There will not be peace until hearts and minds are changed, and we must focus our attention on these issues.”

Mack demonstrated how the PA teaches children to hate Jews. For instance, a Mickey Mouse-style program on PA-controlled television showed a young girl of six or seven years old emotionally singing, “When I wander into the entrance of Jerusalem, I’ll turn into a suicide warrior in battledress, in battledress, in battledress.” Mack reminded the Senate “this is a program that was produced by the people [the Palestinian Authority] who are… supposedly negotiating peace… How would you feel if your government was teaching your children to hate? Could you conclude that they were serious about long-term peace with their neighbors?”

Mack also described PA textbooks’ incitement of hatred toward Jews. A third-grade grammar textbook teaches that the “Zionist enemy” attacks “civilians” with aircraft. A seventh-grade textbook says that Jews hate Muslims and cause division among Muslims, and asks students to give examples of the “evil attempts of the Jews” today. Note that these school textbooks specifically talk about Jews – belying the fiction that the PA “only” opposes “Israelis.”

Mack also noted that a just-published 12th-grade history book taught: “The clearest examples of racist belief and racial discrimination in the world are Nazism and Zionism.” The senator reflected: “One would expect, rather than focus on hatred, if they [the Palestinian Authority] were serious about peace, they would focus on how the two peoples are working to live side by side.”

Mack also described the PA’s terrible treatment of Christians, such as the PA’s brutal torture and imprisonment of a poor, landless Arab Christian on invented charges of selling land to Jews. Mack also reflected on heartbreaking stories of Americans whose children were murdered by Palestinian Arab terrorists.

UNFORTUNATELY, MACK’S speech could just as easily be given today. The PA arrests dozens of Arabs for the “crime” of selling land to Jews in Jerusalem and elsewhere. On PA television, young children call for “vengeance,” shooting fire and destruction against “Zionists,” and send “love” to “heroic” Arab terrorists who murdered Jews.

Impact-SE’s 2021 study of 222 Palestinian Arab textbooks and curricula for first through 12th grades found that these are even more radical and permeated with anti-Jewish hate than before. The study concludes: “There is a systematic insertion of violence, martyrdom and jihad across all grades and subjects. Extreme nationalism and Islamist ideologies are widespread throughout the curriculum, including science and math textbooks. The possibility of peace with Israel is rejected… Peace agreements, summits, and proposals… have been removed… New textbooks… show incitement to martyrdom, using various methods to convince children to sacrifice their lives. The need for continuous struggle is emphasized through all the textbooks using terminology like “revolution,” “uprising,” “ribat” and “jihad.” [some words have benign meanings as well as radical political usage.]

The report gives countless examples. Math problems use numbers of “martyrs” (including bombers of Israeli buses and shopping malls). Science books depict Newton’s second law with Palestinian Arabs using slingshots to strike Israelis. Female “Palestinian” Arab terrorist Dalal al-Mughrabi is exalted as the “crown of the nation” and “hero” whose memory is “immortal… in the hearts and minds of Palestinians.” Mughrabi murdered 38 Israeli civilians, including 13 Jewish children, and wounded another 76 Israeli civilians in the Tel Aviv Coastal Road Massacre.

The European Union’s recent leaked study of 156 Palestinian Arab textbooks and 16 teachers’ guides (from 2017 through 2020) likewise reveals that anti-Jewish and anti-Israel incitement is rampant today. The EU study reiterates many of Impact-SE’s findings: textbooks ask students to discuss “repeated attempts by the Jews to kill the prophet”; emphasize Jewish “perniciousness”; tout violent revolution, “resistance” and “liberation of Palestine”; depict “Palestinian revolutionaries” toting machine guns; erase Israel from maps; and refer to Israel as the “Zionist occupation.”

Thus the terrible situation that senator Mack described is even worse now.

The situation has also been exacerbated by the PA’s payments of $360 million per year to Arabs to murder Jews; by PA dictator Mahmoud Abbas’ calls on PA television to spill blood to prevent Jews’ and Christians’ “filthy feet” from “defiling” Al-Aqsa and the Church of the Holy Sepulchre; and by horrific Facebook and other social media posts, such as an anatomical chart with knives stuck in it, teaching Arab terrorists which parts of a Jew’s body they should stab; video tutorials on stabbing techniques; and graphic cartoons celebrating Arab terrorists for chopping up Jews with meat cleavers in Jerusalem. (See MEMRI’s collection of Palestinian Arab social media tips on attacking Jews more effectively; and the Israeli Ministry of Foreign Affairs illustrated report on a century of Palestinian Arab incitement.)

As Mack eloquently made clear over two decades ago, there can be no real peace as long as the Palestinian Authority incites hatred and violence.

Morton A. Klein is the National President of the Zionist Organization of America (ZOA).

We would love to hear from you! Please fill out this form and we will get in touch with you shortly.
Trending Z
Uncategorized January 20, 2022
FLASH: ISRAEL-JORDAN PEACE TREATY (1994) GUARANTEES JEWS ACCESS TO THE TEMPLE MOUNT – LET MY PEOPLE PRAY
Uncategorized January 20, 2022
ZOA Analysis: Most American Rabbis Who Are Boycotting Some Israeli Ministers Are From Extremist Left Wing Groups (J Street; T’ruah; JVP)
Uncategorized January 20, 2022
Israel’s “Right of Return” Grandparent Clause is De-Judaizing the Jewish State – Eliminate It
Uncategorized January 20, 2022
Exclusive: ZOA Accuses Ilhan Omar of Hating the U.S. ‘as Much as Israel,’ Lauds Kevin McCarthy for ‘Throwing Her Off the HFAC’
Center for Law & Justice
We work to educate the American public and Congress about legal issues in order to advance the interests of Israel and the Jewish people.
We assist American victims of terrorism in vindicating their rights under the law, and seek to hold terrorists and sponsors of terrorism accountable for their actions.
We fight anti-Semitism and anti-Israel bias in the media and on college campuses.
We strive to enforce existing law and also to create new law in order to safeguard the rights of the Jewish people in the United States and Israel.
Our Mission
ZOA STATEMENT
The ZOA speaks out for Israel – in reports, newsletters, and other publications. In speeches in synagogues, churches, and community events, in high schools and colleges from coast to coast. In e-mail action alerts. In op-eds and letters to the editor. In radio and television appearances by ZOA leaders. Always on the front lines of pro-Israel activism, ZOA has made its mark.
Related Articles
OP-ED BY: By Morton A. Klein, ZOA National President Op-Ed: Seven Reasons Showing Obama Not Serious About Stopping Iran Nukes

In the 1960s, I went to Mississippi to register Black voters. It was only natural for me; I had been a regular participant in sit-ins for Black housing rights and protest marches for civil rights. Having grown up in an all-Black neighborhood, I, like many other Jews at the time, thought it was horrifying that […]