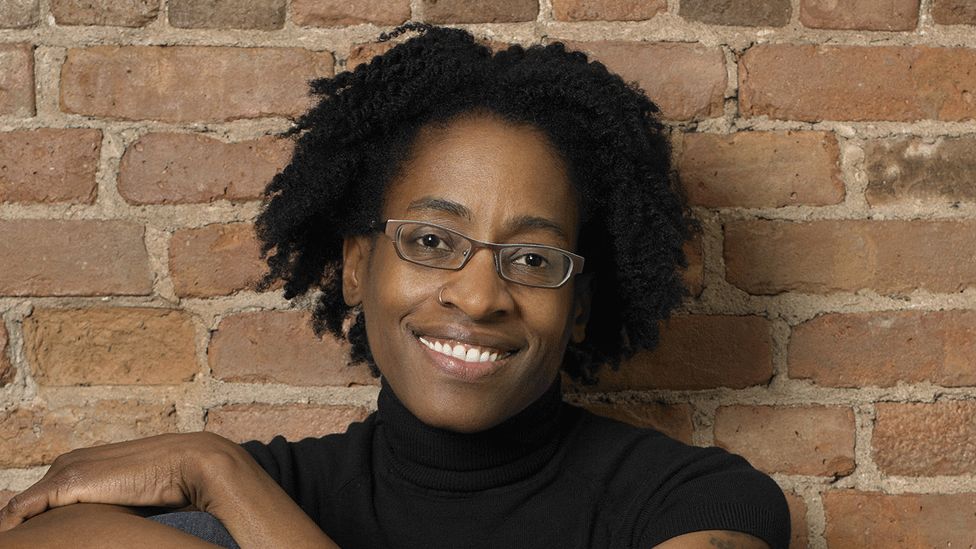 This week, the Anti-Defamation League (ADL), in commemoration of Black History Month, has chosen to honor and highlight an African American author Jacqueline Woodson, who is anti-Israel and pro-BDS. ADL is featuring Woodson in ADL’s “Changing the World” program for children and young people. ADL’s program leaves us again wondering, what in the world is the ADL doing? Why, under its CEO Jonathan Greenblatt, does the ADL again and again employ and honor and give podiums to and praise and defend people and groups who hate and harm Jews and Israel? This is the antithesis of ADL’s stated purpose to combat antisemitism and support Israel.

(For some of ADL’s most recent other horrors, see “The Anti-Defamation League and Amnesty International,” by Caroline Glick, JNS, Feb. 6, 2022 (describing ADL’s defense of Israel-hating Amnesty International, which encouraged AI’s recent Israel-bashing report); “ADL Hires Director for Jewish Outreach Who Hates Jews,” by Daniel Greenfield, Feb. 1, 2022; and “Wicked ADL Pushes Hate in Classrooms — Program on Diversity that Is Taught to 1.4 Million U.S. Kids Includes Language that Only Whites Can Be Racist,” by Jim Hoft, Feb. 7, 2022 and The ADL’s Disturbing Obsession With Race, by Jonathan Tobin, Feb. 4, 2022, JNS.)

Jacqueline Woodson’s chapter in the BtS-Chabon-Waldman anthology dutifully portrays Jews as destroying makeshift Bedouin homes, falsely claims that this was Bedouin land for 50 years (in fact, there is a massive attempt to take over the Negev using suddenly erected Bedouin camps). Woodson’s chapter also complains about the “occupation” and checkpoints; analogizes American police brutality and brown people dying to Arab children; and praises anti-Israel Israeli activists as having a “deep moral core.” Interestingly, Woodson admitted how little she really knows about the situation, yet despite her ignorance, she still condemned Israel.

Carter’s book called for Palestinians to say that they will end suicide bombings and other acts of violence only after they achieve their goals of pushing Israel back to indefensible borders. (page 213).

We are all perplexed and appalled that ADL is honoring and highlighting this particular African American author Jacqueline Woodson who has repeatedly displayed hostility to our beloved Jewish State. There are numerous other African American authors ADL’s Greenblatt could have chosen who have never displayed any hatred of the Jewish State of Israel. Why didn’t he? Why didn’t ADL?

We would love to hear from you! Please fill out this form and we will get in touch with you shortly.
Trending Z
Uncategorized February 8, 2022
ZOA Analysis: Most American Rabbis Who Are Boycotting Some Israeli Ministers Are From Extremist Left Wing Groups (J Street; T’ruah; JVP)
Uncategorized February 8, 2022
ZOA: Israel’s Reasonable Judicial Reform Proposals Are Good for Democracy, the Rule of Law and the Economy
News February 8, 2022
ZOA is Disappointed, Offended and Frightened by 211 U.S. House Votes Supporting Jew-Hating, Israel-Hating Rep. Ilhan Omar
Uncategorized February 8, 2022
Israel’s “Right of Return” Grandparent Clause is De-Judaizing the Jewish State – Eliminate It
Center for Law & Justice
We work to educate the American public and Congress about legal issues in order to advance the interests of Israel and the Jewish people.
We assist American victims of terrorism in vindicating their rights under the law, and seek to hold terrorists and sponsors of terrorism accountable for their actions.
We fight anti-Semitism and anti-Israel bias in the media and on college campuses.
We strive to enforce existing law and also to create new law in order to safeguard the rights of the Jewish people in the United States and Israel.
Our Mission
ZOA STATEMENT
The ZOA speaks out for Israel – in reports, newsletters, and other publications. In speeches in synagogues, churches, and community events, in high schools and colleges from coast to coast. In e-mail action alerts. In op-eds and letters to the editor. In radio and television appearances by ZOA leaders. Always on the front lines of pro-Israel activism, ZOA has made its mark.
Related Articles
OP-ED ZOA to K. Harris: Reverse Your Troubling Positions on Iran, Omar, Israel’s Sovereign Rights