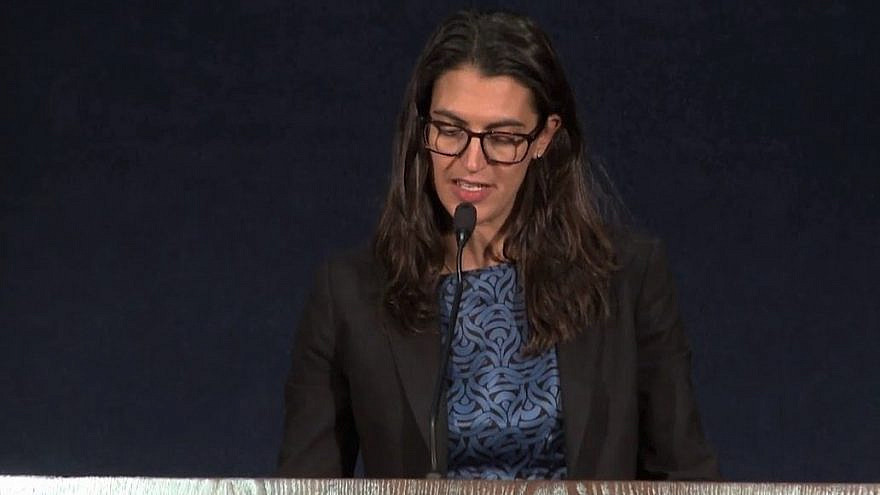 The ZOA strongly condemns and is appalled by the Biden administration’s grant to pay NGOs to demonize Israel and to provide “accountability” for “atrocities.” According to a grant notice posted in February, $987,654 is to be supplied to an NGO by the Department of State Bureau of Democracy, Human Rights and Labor (DRL) to charge Israel with human rights abuses in Judea, Samaria, and Gaza. This is the same State Department bureau which is to be headed by Sarah Margon, an anti-Israel activist and former executive with the outrageously biased Soros-funded Human Rights Watch (see Zionist Organization of America | Biden Appointments Watch – Zionist Organization of America (zoa.org)). The grant proposal is proof that even before Margon is confirmed, there are major issues in the Biden administration with vicious anti-Israel animus.

The actual grant notice published by the Department of State has disgraceful content. It includes a “focus on […] survivors of atrocities.” The only atrocities the United States government has ever documented are terrorist attacks on Jewish civilians and human rights violations by the terrorist dictatorship Palestinian Authority which pays Arabs to murder Jews. The grants are supposed to be ‘locally led,’ which is Washington-speak for affiliated with radical elements in Judea, Samaria, and Gaza. Israel recently took action against six NGOs with direct links to terror organizations, including the Popular Front for the Liberation of Palestine (PFLP).

“One million dollars of taxpayer money for anti-Israel propaganda is outrageous, but this is unfortunately typical of the policies inside the Biden Administration. ZOA has documented the numerous Biden nominees and appointees who are overtly hostile to Israel in the Department of State, USAID, and frankly throughout the executive branch of government. Once the anti-Israel NGO produces a report funded by this grant, it will be used as supposed justification for BDS and other measures against Israel from the Europeans and at the UN. Congress did not intend for any funds to be used in this way. A robust Congressional reaction is required to cancel this program and investigate the administration officials who are responsible for this U.S. government antisemitism.

“Why is nominee for U.S. antisemitism watchdog, Deborah Lipstadt, deafeningly silent. Yet when the great Ambassador David Friedman was nominated for the U.S. Ambassadorship to Israel, Lipstadt was screaming against this exceptional Zionist’s confirmation, while she was defending the extremist anti-Israel New Israel Fund.

“These payments are symptomatic of the larger problem with administration policy towards funding the anti-peace Palestinian Arab regime, and violating the Taylor Force Act, which prohibits such funding. Hundreds of millions of dollars are being sent directly and indirectly to the corrupt terrorist dictatorship of the Palestinian Authority, which continues to pay terrorists generous lifetime pensions to murder Jews with fungible monies supplied by European and American governments. This must stop. Representatives Pelosi and Hoyer, and Senator Schumer and others, must speak out forcefully and relentlessly. Jewish and Christian leaders must speak out immediately. Senator Ted Cruz said of this policy simply and powerfully: ‘This is a disgrace.’”

“Many members of Congress have already spoken out against this insane misuse of taxpayer dollars. ZOA urges bipartisan action in the House and Senate to use their oversight powers to force accountability on the Biden administration. This program must be cancelled immediately.”

We would love to hear from you! Please fill out this form and we will get in touch with you shortly.
Trending Z
Uncategorized March 16, 2022
FLASH: ISRAEL-JORDAN PEACE TREATY (1994) GUARANTEES JEWS ACCESS TO THE TEMPLE MOUNT – LET MY PEOPLE PRAY
Uncategorized March 16, 2022
ZOA Analysis: Most American Rabbis Who Are Boycotting Some Israeli Ministers Are From Extremist Left Wing Groups (J Street; T’ruah; JVP)
Uncategorized March 16, 2022
Israel’s “Right of Return” Grandparent Clause is De-Judaizing the Jewish State – Eliminate It
Uncategorized March 16, 2022
Exclusive: ZOA Accuses Ilhan Omar of Hating the U.S. ‘as Much as Israel,’ Lauds Kevin McCarthy for ‘Throwing Her Off the HFAC’
Center for Law & Justice
We work to educate the American public and Congress about legal issues in order to advance the interests of Israel and the Jewish people.
We assist American victims of terrorism in vindicating their rights under the law, and seek to hold terrorists and sponsors of terrorism accountable for their actions.
We fight anti-Semitism and anti-Israel bias in the media and on college campuses.
We strive to enforce existing law and also to create new law in order to safeguard the rights of the Jewish people in the United States and Israel.
Our Mission
ZOA STATEMENT
The ZOA speaks out for Israel – in reports, newsletters, and other publications. In speeches in synagogues, churches, and community events, in high schools and colleges from coast to coast. In e-mail action alerts. In op-eds and letters to the editor. In radio and television appearances by ZOA leaders. Always on the front lines of pro-Israel activism, ZOA has made its mark.
Related Articles
OP-ED BY: ZOA Staff ZOA Praises JCRC For Expelling Anti-Israel BDS From Israel Day Parade