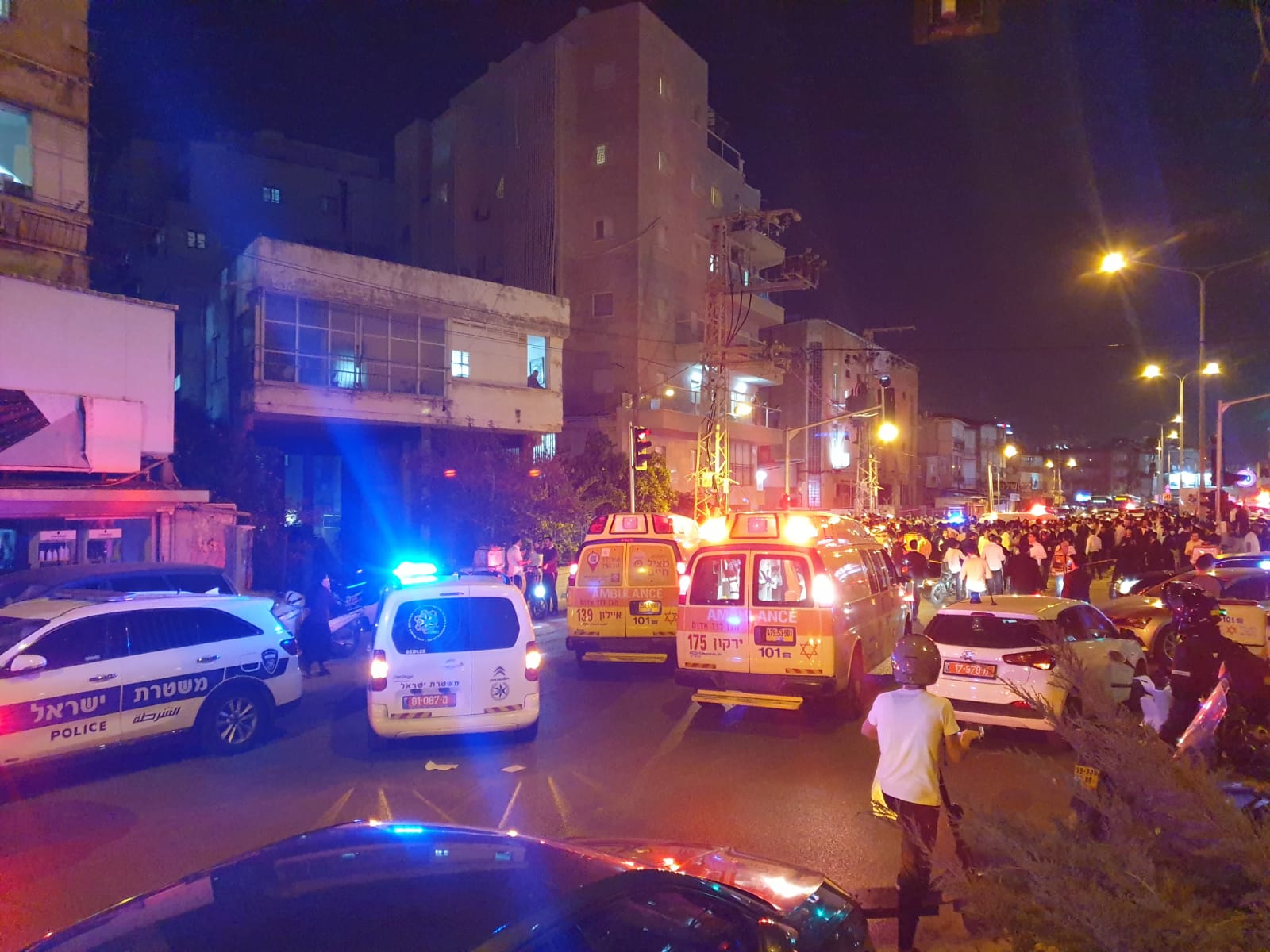 ZOA mourns the deaths of five more innocent Israelis and Ukrainians yesterday, who were murdered by a brutal Palestinian Arab Fatah terrorist in B’nei Brak, Israel. The Fatah terrorist – previously convicted for his prior terror and illegal arms dealing activities – rampaged through the streets of the religious community in B’nei Brak, shooting innocent civilians with an M-16 military assault rifle. Yesterday’s five innocent victims were: Rabbi Avishai Yehezkel, 29, a yeshivah teacher and father of a two-year-old son (whom Rabbi Yehezkel shielded with his body) and husband whose widowed wife is pregnant with the young couple’s second child; Rabbi Yaakov Shalom, 36, a husband and a father of five children; Amir Khouri, a heroic Arab Christian Israeli policeman who bravely killed the terrorist before Amir died of his wounds; and two Ukrainian citizens, Victor Sorokopot and Dimitri Mitrik who previously thought they were safer in Israel than in Ukraine. May there names and the lives they lived forever be a blessing.

As always, the Palestinian Authority’s ruling party Fatah and Hamas grotesquely rejoiced about these horrendous murders of innocent Jews and others. Palestinian Arabs gave out candies in Gaza, Shechem and Jenin, near the perpetrator’s village in the “West Bank” (the recent de-Judaized name for Judea/Samaria).

It has been over 100 years of the same Arab Islamist terror, since Arabs brutally stabbed and hacked to death 57 Jews in Jaffa and Jerusalem in 1920 and 1921.

If U.S. government officials are serious about their words of condolence and their offers to assist the Israeli government, then the Biden administration needs to massively overhaul its harmful policies (touted by Blinken just this week).

Specifically, the Biden administration must:

There is also much work for Israel’s government to do. Among other steps, Israel needs to: seize the massive caches of illegal arms possessed by Arab terrorists; ignore the outrageous threats of the Islamist, anti-Israel Ra’am party in the government; stop destroying yeshivas and Jewish homes in Judea/Samaria – and instead address Jewish security and massive illegal Arab building; expel convicted Arab terrorists instead of allowing them to be released into the population and then murder more innocent Jews and others; reverse the plan to give 20,000 work permits to Gazans to enter Israel; end the unlawful Bedouin take-over of large swaths of the Negev; and build Jewish homes in E-1 and other strategic areas that the current Israeli government refused to proceed with, to appease the Biden administration’s unconscionable demands.

We would love to hear from you! Please fill out this form and we will get in touch with you shortly.
Trending Z
News March 31, 2022
ZOA Condemns U.S. State Dept. & U.S. Amb. Nides For Siding with Antisemitic, Discriminatory Palestinian & Hamas Terrorists re: the Temple Mount, Violating Jews’ Religious Freedom
News March 31, 2022
ZOA’s Klein JPost Op-Ed: There is Nothing Extreme About Israel’s New Government
Uncategorized March 31, 2022
FLASH: ISRAEL-JORDAN PEACE TREATY (1994) GUARANTEES JEWS ACCESS TO THE TEMPLE MOUNT – LET MY PEOPLE PRAY
Uncategorized March 31, 2022
ZOA Analysis: Most American Rabbis Who Are Boycotting Some Israeli Ministers Are From Extremist Left Wing Groups (J Street; T’ruah; JVP)
Center for Law & Justice
We work to educate the American public and Congress about legal issues in order to advance the interests of Israel and the Jewish people.
We assist American victims of terrorism in vindicating their rights under the law, and seek to hold terrorists and sponsors of terrorism accountable for their actions.
We fight anti-Semitism and anti-Israel bias in the media and on college campuses.
We strive to enforce existing law and also to create new law in order to safeguard the rights of the Jewish people in the United States and Israel.
Our Mission
ZOA STATEMENT
The ZOA speaks out for Israel – in reports, newsletters, and other publications. In speeches in synagogues, churches, and community events, in high schools and colleges from coast to coast. In e-mail action alerts. In op-eds and letters to the editor. In radio and television appearances by ZOA leaders. Always on the front lines of pro-Israel activism, ZOA has made its mark.
Related Articles
OP-ED ZOA: Pending Senate Res. (S. Res. 6) Condemning UN Security Council Resolution 2334 Must Eliminate Promoting a Palestinian/Hamas State