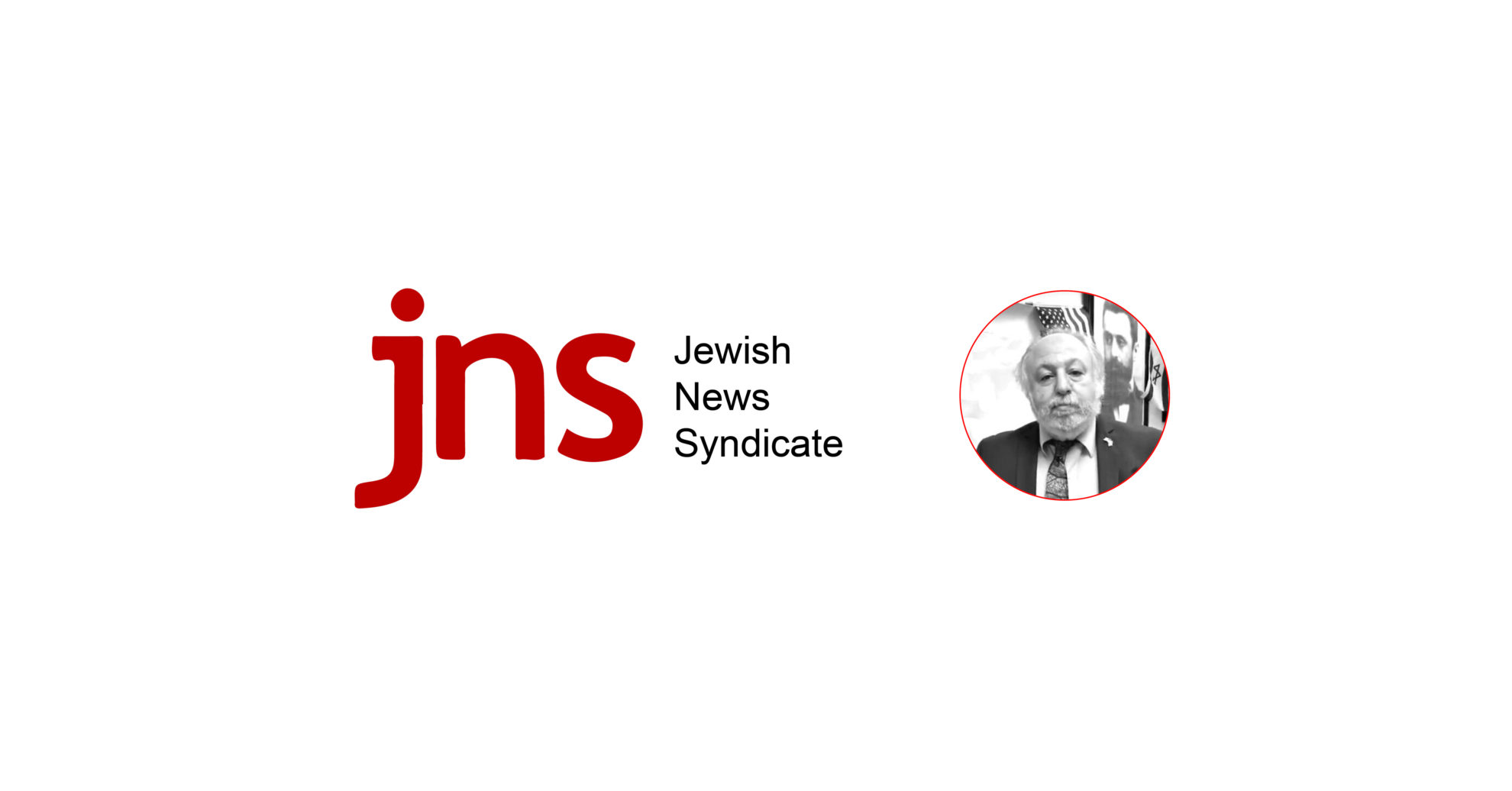 (APRIL 25, 2022 / JNS) George Santayana is credited with observing that “those who cannot remember the past are doomed to repeat it.” He was referring to negative and tragic events of the past, and the acts and people who precipitated them, as well as the painful lessons they imparted.

But what of the people who forget the positive developments of the past and the positive lessons? Surely, they will not repeat them. What will come of such people?

April 25 is one of the most significant dates in Jewish history, yet stop 100 Jews exiting a synagogue or Federation event to ask them why the date is significant, and not one will come up with the correct answer … or perhaps any answer.

On April 25, 1920, the world—or at least some of the most dominant nations of the world at that time—proclaimed that the Jewish people are attached to a specific territory to be returned to the Jewish people for the restoration of the Jewish homeland and that it be enshrined in international law.

It happened in San Remo, Italy, as some of the nations that had just triumphed to win World War I gathered to parcel out what would soon be the former Ottoman Empire to punish the Turks for joining the war to fight with the aggressors.

A scant 28 years later—a blip in the course of human history—the nation of Israel was re-established, birthing the Third Jewish Commonwealth.

It was truly a remarkable day in modern Jewish history, perhaps even a modern miracle. There were celebrations at the time, yet the cause and the achievement have been forgotten by all but a relative few.

Are we, the Jewish people, the beneficiaries of “miracles” of such magnitude so often that we can be forgiven for forgetting a few? Hardly.

Sure, every time a Palestinian Arab fires a rocket at a Jewish community and no Jew is murdered or hurt, it is a miracle.

Sure, every time a Palestinian Arab inspired by Palestinian Authority incitement sets out to murder Jews and is caught by border police, or his or her gun jams, it is a miracle.

Sure, every time a Hezbollah or Hamas or Palestinian Islamic Jihad terror tunnel is discovered and destroyed by the Israel Defense Forces, it is a miracle.

Sure, every time an Iranian weapons shipment earmarked to murder Jews is destroyed in Syria or Lebanon, it is a miracle.

On the positive side, there are miracles as well, such as the cures and treatments for diseases, ailments and miseries discovered, created and invented practically each day by an Israeli in a lab, or the defensive weapons such as Iron Dome or lasers that are perfected on battlefields.

These life-or-death miracles do happen daily, often many times a day, and are also taken for granted though shouldn’t be.

But when a world that hasn’t exactly been Jew-friendly votes to recognize Jewish territorial rights and declares that indeed there is a rightful connection between the Jewish people and the land that G-d promised to them, those levels of “miracles” do not happen every day. In fact, they do not even happen once in a millennium.

So how can we as a people take it for granted or worse, forget about it and/or fail to remind and inform others?

We cannot! We must not!

Every Jewish person is familiar with the dreidel, the spinning top toy associated with Hanukkah. On its four sides, the Hebrew letters are a mnemonic to remind us throughout the ages: “A great miracle happened here” (or for those in the Diaspora: “A great miracle happened there”). Sages realized that at some point, we might forget what G-d did for us. And so for our children’s and our children’s children’s sake, a device was devised to help us remember—or to keep us from forgetting.

We should not need such a device to remember what took place at San Remo. We can see Israel in all of its glory every day. That should be enough of a reminder.

We see and hear continuously from our enemies’ efforts to deny and even to undo what was acknowledged and set in motion at San Remo on that April 25. These, too, should be reminders.

But at our peril, many of us take Israel for granted, and we turn blind eyes and deaf ears to our enemies’ relentless and aggressive work to demonize what occurred at San Remo.

Some, including the Zionist Organization of America, have called for April 25 to be an international Jewish holiday: Yom San Remo. That is a good beginning. As we know, some holidays are observed merely by rote, without feeling or respect or worse, just another excuse to turn the occasion into sales of electronics or bedsheets.

More is needed for Yom San Remo: days of pro-Zionist and pro-Israel, and even biblical education; days of activism and advocacy; teach-ins from the youngest of us to the eldest; marches; essay and poster contests; and other activities to make the commemoration tangible and prideful.

It’s a bit late to start planning grand events, exhibits and contests for this year. But it is the perfect time to begin planning for next year. Contact communal leaders, spiritual leaders, journalism leaders and others to begin local and national Yom San Remo events. Do so to remember what happened in that small Italian town or be doomed to see it undone.

The choice is ours.

Steve Feldman is executive director of the Greater Philadelphia Chapter of the Zionist Organization of America.

This op-ed was originally published in JNS and can be viewed here.

We would love to hear from you! Please fill out this form and we will get in touch with you shortly.
Trending Z
News April 26, 2022
ZOA Condemns U.S. State Dept. & U.S. Amb. Nides For Siding with Antisemitic, Discriminatory Palestinian & Hamas Terrorists re: the Temple Mount, Violating Jews’ Religious Freedom
News April 26, 2022
ZOA’s Klein JPost Op-Ed: There is Nothing Extreme About Israel’s New Government
Uncategorized April 26, 2022
FLASH: ISRAEL-JORDAN PEACE TREATY (1994) GUARANTEES JEWS ACCESS TO THE TEMPLE MOUNT – LET MY PEOPLE PRAY
Uncategorized April 26, 2022
ZOA Analysis: Most American Rabbis Who Are Boycotting Some Israeli Ministers Are From Extremist Left Wing Groups (J Street; T’ruah; JVP)
Center for Law & Justice
We work to educate the American public and Congress about legal issues in order to advance the interests of Israel and the Jewish people.
We assist American victims of terrorism in vindicating their rights under the law, and seek to hold terrorists and sponsors of terrorism accountable for their actions.
We fight anti-Semitism and anti-Israel bias in the media and on college campuses.
We strive to enforce existing law and also to create new law in order to safeguard the rights of the Jewish people in the United States and Israel.
Our Mission
ZOA STATEMENT
The ZOA speaks out for Israel – in reports, newsletters, and other publications. In speeches in synagogues, churches, and community events, in high schools and colleges from coast to coast. In e-mail action alerts. In op-eds and letters to the editor. In radio and television appearances by ZOA leaders. Always on the front lines of pro-Israel activism, ZOA has made its mark.
Related Articles
OP-ED BY: Cindy Grosz ZOA Washington Mission Once Again A Success – Cindy’s Corners | Cindy Grosz |

Brig. Gen. (res) Amir Avivi, who is the head of Bithonistim — a group of high ranking IDF officers that describes itself as advancing Israel’s national security interests — thanked Netanyahu for his “heroic battle” in advancing plans to apply Israeli sovereignty over Jewish settlements in the West Bank and the Jordan Valley. Avivi also noted […]