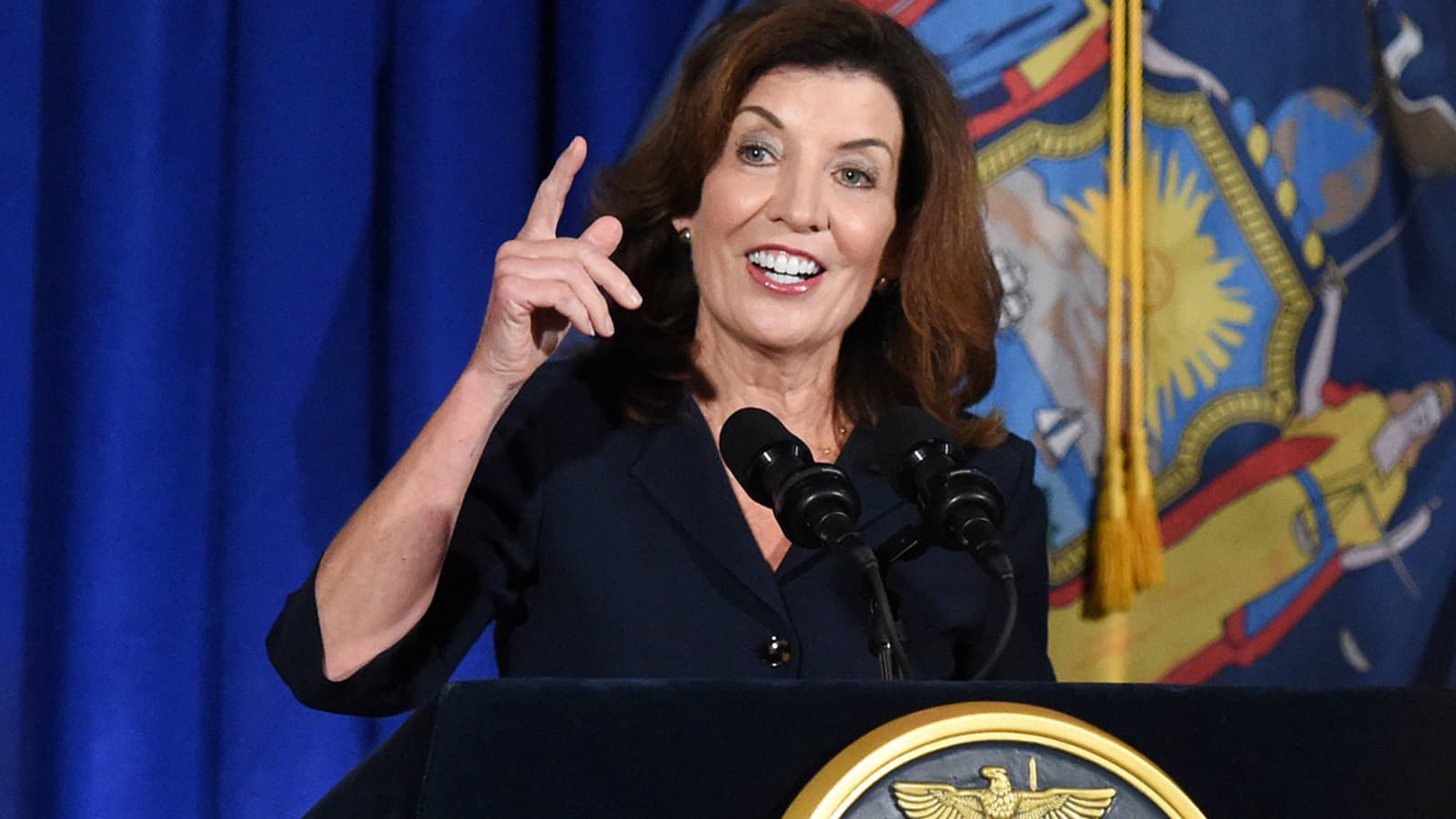 NEW YORK — On Tuesday, June 1, 2022, 16 Jewish and Christian pro-Israel organizations with large constituencies in New York State sent a letter to Governor Kathy Hochul and Office of General Services Commissioner Jeanette Moy, urging them to act against the continuing antisemitic boycott, divestment and sanctions (BDS) actions by Unilever PLC and its wholly owned subsidiary, Ben & Jerry’s Homemade, Inc. The text of the letter can be viewed here.

Over three months have passed since the Governor’s 90-day deadline. More than 10 months have passed since Ben & Jerry’s instituted its antisemitic boycott. Unilever has refused to override the boycott, even though Unilever has the power and obligation to do so. Meanwhile, other states and the New York Comptroller acted forcefully against Unilever and Ben & Jerry’s. New York State needs to finally take decisive action, by placing Unilever and Ben & Jerry’s on the New York boycott list.

BDS leaders admit that the goal of BDS is to destroy Israel. The Ben & Jerry’s boycott is effectively a boycott of all of Israel, because under Israeli law, Ben & Jerry’s franchisees and stores cannot legally abide by a boycott against Jews in Jerusalem and Judea-Samaria.

AAA founder and former Democratic New York State Assemblyman Dov Hikind, who previously publicly called on Governor Hochul to act, stated: “Governor Hochul needs to fulfill her promise on BDS. The NYS comptroller already divested from Unilever six months ago. We will keep raising this issue until it is fully addressed.”

Morton A. Klein, National President of the Zionist Organization of America (ZOA), explained: “Anti-Jewish attacks often start with boycotts. As a child of Holocaust survivors, I keep in mind that the Nazis’ atrocities began with their 1933 boycott of Jewish businesses. On behalf of thousands of supporters and friends in the State of New York, I urge Governor Hochul and Commissioner Moy to follow through now on their assurances made last fall. Placing Unilever and Ben & Jerry’s on New York’s BDS list will demonstrate that New York has zero tolerance for antisemitism and antisemitic boycotts.”

Rabbi Schonfeld, President of the Coalition for Jewish Values and the leader of a prominent Queens, New York synagogue, added: “BDS is rooted in old antisemitic canards that Jews are evil and all Jewish property is stolen, and thus Jews deserve to be attacked economically. This was previously manifest in the Nazi boycott and is now applied to Jewish homes in the Jewish homeland. BDS is about destroying Jewish lives and Israel.”

Rabbi Shimon Margolin, Executive Vice President of the EZRA USA National Movement of young Russian Jews, stated: “A large Russian Jewish community came to New York to escape the Soviet Union’s anti-Jewish discrimination. We urge Governor Hochul to place Unilever and Ben & Jerry’s on New York’s boycott list, so that New York can continue to be a beacon of tolerance and a place where anti-Jewish actions are unacceptable.“

Liora Rez, Executive Director of StopAntisemitism, said: “We are asking Governor Kathy Hochul to take action now that the 90-day period has passed. New York State needs to divest from Unilever, to assure that New York does not support those that boycott the world’s only Jewish nation.“

View the Letter as a PDF

We would love to hear from you! Please fill out this form and we will get in touch with you shortly.
Trending Z
News June 6, 2022
New Biden Nominees Opposed Abraham Accords & Involved in Israeli Election Interference
Uncategorized June 6, 2022
ZOA Letter to DOJ & FBI on New “Mapping Project” Antisemitic Threat by ZOA Pres. Morton Klein, Dir. of Research/Special Projects Liz Berney, Esq., Dir. Center for Law & Justice Susan Tuchman, Esq.
News June 6, 2022
ZOA’s Condemnation of Black Lives Matter Defended by JNS’ Tobin: Jews Supporting BLM Empowered Antisemitism
Op-Ed June 6, 2022
ZOA’s Mort Klein JPost Op-Ed: BDS Mapping Project Targets Every Jew, Including Left Wing, Israelophobic Jews
Center for Law & Justice
We work to educate the American public and Congress about legal issues in order to advance the interests of Israel and the Jewish people.
We assist American victims of terrorism in vindicating their rights under the law, and seek to hold terrorists and sponsors of terrorism accountable for their actions.
We fight anti-Semitism and anti-Israel bias in the media and on college campuses.
We strive to enforce existing law and also to create new law in order to safeguard the rights of the Jewish people in the United States and Israel.
Our Mission
ZOA STATEMENT
The ZOA speaks out for Israel – in reports, newsletters, and other publications. In speeches in synagogues, churches, and community events, in high schools and colleges from coast to coast. In e-mail action alerts. In op-eds and letters to the editor. In radio and television appearances by ZOA leaders. Always on the front lines of pro-Israel activism, ZOA has made its mark.
Related Articles
OP-ED BY: Morton A. Klein, ZOA; Daniel Mandel, ZOA ZOA Condemns Alice Walker’s Lying & Vicious Anti-Semitic Open Letter to Performer Alicia Keyes

The Zionist Organization of America (ZOA) has condemned writer Alice Walker for her lying and vicious defamation of Israel contained in her open letter to performer Alicia Keyes, urging her to cancel her upcoming tour of Israel. The ZOA finds Walker’s letter to be that of a bigoted racist and anti-Semite whose views are no […]

Why is AJC Defending and Endorsing Syed? Zionist Organization of America (ZOA) President Morton A. Klein and Chair Mark Levenson released the following statement: The ZOA strongly opposes the confirmation of Dliawar Syed to become the Deputy Administrator of the U.S. Small Business Administration (SBA).  Since 2017, Syed has been an active Board member of EMgage […]