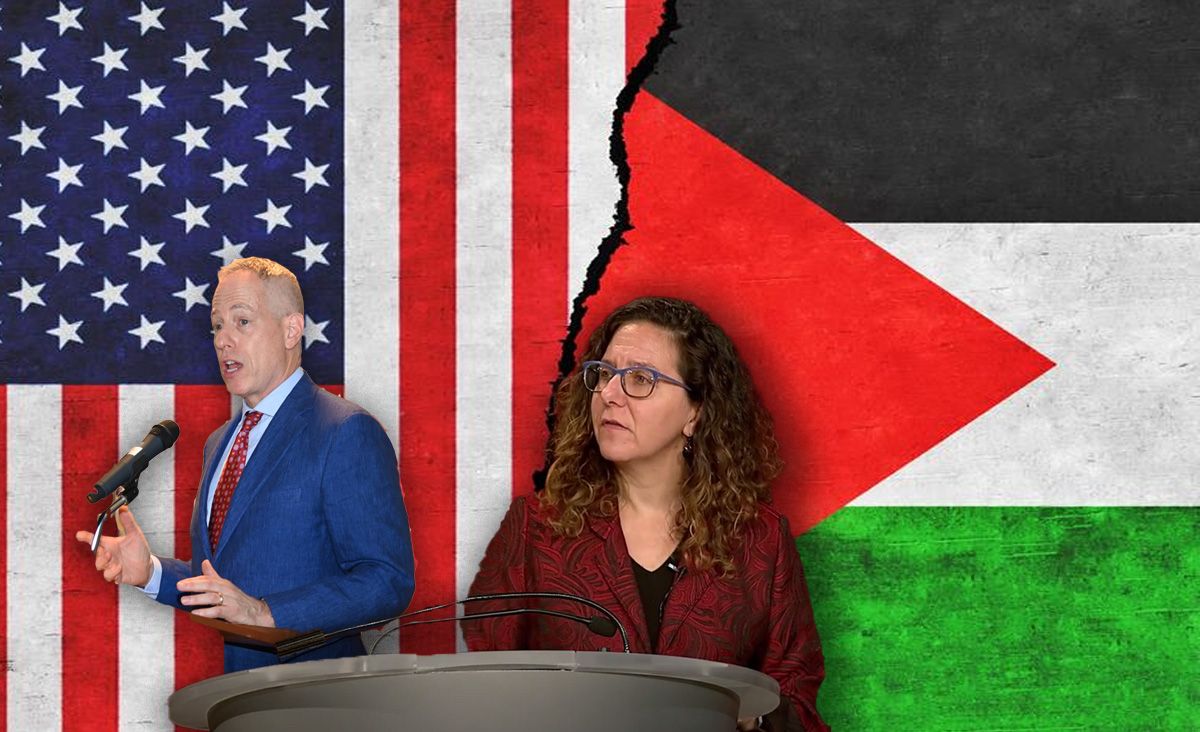 It was gratifying that U.S. Senators spoke out about the anti-Israel biases, positions and activities of President Biden’s nominee for Assistant Administrator of USAID for the Middle East Tamara Cofman Wittes and Biden’s nominee for U.S. Ambassador to Saudi Arabia Michael Ratney, at their Senate Foreign Relations Committee confirmation hearings last week.

But why are other mainstream Jewish organizations silent? Why have they not joined pro-Israel U.S. Senators and the ZOA in calling out anti-Israel biases and activities of one Biden appointee after another? Biden’s appointees have been so Israelophobic that ZOA assembled a “Biden Hostile-to-Israel Appointments Watch” webpage describing Biden appointees’ horrific records, such as Hady Amr’s statement that he was “inspired by the Palestinian Intifada” (the terror wars in which Arab terrorists murdered or maimed approximately 10,000 innocent Jewish men, women and children), and Reema Dodin’s encouragement of suicide bombings against Jews.

ZOA urges every Jewish organization from American Jewish Committee and ADL to AIPAC and the Conference of Presidents of Major American Jewish Organizations to the Orthodox, Reform and Conservative movements to end their deafening silence and join U.S. Senators and ZOA in criticizing Biden’s hostile-to-Israel nominees like Cofman Wittes and Hady Amr. The failure to do so will only result in more of these dangerous appointments. Jewish groups’ silence sends a message that they’re fine with these Israelophobic nominees.

As noted above, Ms. Cofman Wittes viciously condemned the Abraham Accords – despite the fact that these Accords ushered in a new era of peace in the Middle East. Tamara Cofman Wittes’ dangerous, biased, fundamentally immoral record also includes the following:

Tragically, the Biden administration has adopted many of the same dangerous hostile-to-Israel policies recommended by Ms. Cofman Wittes.

We would love to hear from you! Please fill out this form and we will get in touch with you shortly.
Trending Z
News June 22, 2022
ZOA Deplores that Pres. Trump Dined with Jew-Haters Kanye West & Nick Fuentes, and Demands he Condemn Them
Uncategorized June 22, 2022
ZOA Honors Trump With Rarely Given Herzl Award for His Great Pro-Israel Work – Joins Ranks of Balfour, Truman, Begin, Meir, Ben-Gurion
News June 22, 2022
ZOA Responds to Questions About Pres. Trump, Kanye West, Fuentes, etc. Issue
Uncategorized June 22, 2022
Zionist Organization of America Honors Donald Trump for Support for Israel, Jewish Community
Center for Law & Justice
We work to educate the American public and Congress about legal issues in order to advance the interests of Israel and the Jewish people.
We assist American victims of terrorism in vindicating their rights under the law, and seek to hold terrorists and sponsors of terrorism accountable for their actions.
We fight anti-Semitism and anti-Israel bias in the media and on college campuses.
We strive to enforce existing law and also to create new law in order to safeguard the rights of the Jewish people in the United States and Israel.
Our Mission
ZOA STATEMENT
The ZOA speaks out for Israel – in reports, newsletters, and other publications. In speeches in synagogues, churches, and community events, in high schools and colleges from coast to coast. In e-mail action alerts. In op-eds and letters to the editor. In radio and television appearances by ZOA leaders. Always on the front lines of pro-Israel activism, ZOA has made its mark.
Related Articles
OP-ED BY: Morton A. Klein Israeli Defense Min. Ya’alon Says, Peace Impossible While Palestinian Children Educated To Murder Jews/Reject Israel

Morton A Klein, President of the Zionist Organization of America (ZOA), released the following statement: On Saturday morning 2016, ZOA folks stood in the freezing cold weather outside of Park East Synagogue in Manhattan, distributing leaflets with the headline: “Ban Ki-Moon is Morally Bankrupt!  Hypocrite Mr. Ban Cries About the Past Holocaust, While Legitimizing Murdering […]