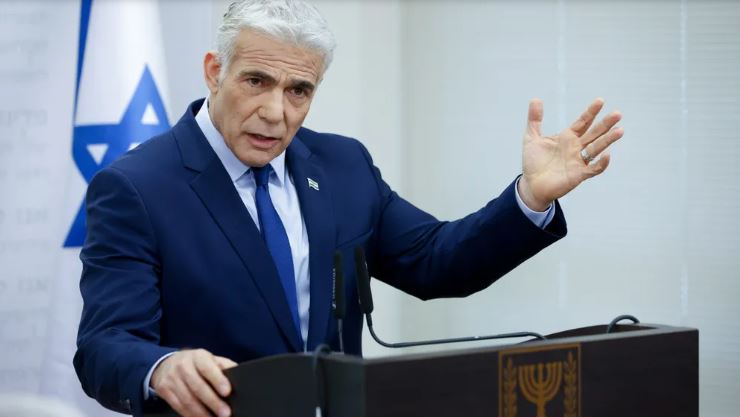 “There is no room for another state between the sea and the Jordan . . . By the way, who are we talking about when we talk about Palestinians? About Hamas, which is supported by the majority of Palestinians? About Islamic Jihad? About Abbas who in his free time denies the Holocaust and pays murderers? They themselves are deeply conflicted and light years away from being able to govern.”

The Palestinian Authority, its ruling Fatah party, and Hamas all still have the unrelenting goal of entirely destroying Israel and murdering as many Jews as possible. A Palestinian Arab state will strengthen Palestinian Arabs’ ability to kill innocent Jews; enable massive rocket and terror attacks on Israel’s major population centers and airport, and gravely threaten Israel’s existence.

To this day, the official Fatah charter still calls for destroying the Jewish State, stating that: Fatah “oppos[es] any political solution as an alternative to demolishing [Israel]”; and has as its goal the “eradication of Zionist economic, political, military and cultural existence.” The Fatah charter moreover declares that “Armed struggle is a strategy and not a tactic . . . in uprooting the Zionist existence, and this struggle will not cease unless the Zionist state is demolished.”

The Palestinian Authority’s official emblem shows all of Israel covered by a Palestinian Kaffiyeh, along with a picture of terrorist Yasser Arafat and a Kalashnikov rifle. Hamas’ charter likewise calls for Israel’s destruction, as well as the murder of every Jew in the world.

Palestinian Arab so-called “security forces” double as terrorists, and perpetrate numerous attacks on innocent Israelis. There was another such murder of an Israeli last week. Last week, Palestinian Arab terrorists opened fire on Israelis at a checkpoint near Jenin, and killed Israeli Maj. Bar Falah.

Terrorist dictator Abbas continues to spend over $400 million per year horrifyingly paying Arabs lifetime pensions ( at five times the average Palestinian salary) to murder Jews and Americans. The Regime also continues to honor Jew-killers by  naming schools, streets, sports teams and children’s camps after murderers of Jews, has parades honoring them and places thousands of their pictures in high schools and universities glorifying them.

Interestingly, Lapid is using the term “separation” in attempt to justify his betrayal. “Separation” and “disengagement” are euphemisms for dangerous concessions and surrenders of lawful Jewish lands to Palestinian Arab terrorists.

Indeed, Lapid’s coalition partner, former Israel Prime Minister Naftali Bennett stated, when blasting Lapid’s intention to publicly endorse a Palestinian Arab terror state: “History has proven that any area we evacuate – immediately turns into a nest of terror. The citizens of Israel have been under the threat of missiles and rockets from Hamas from Gaza for years. We will not need a similar threat to the heart of the country from Judea and Samaria.”

But Lapid has learned nothing from this history, and is trampling on the memory of the thousands of innocent Jews who were murdered and maimed by Palestinian Arabs, which resulted from the surrenders of Israeli lands and uprooting of Jewish communities.

It is moreover clear that a Palestinian Arab state would be a Hamas-Fatah-Iranian terror state. The Palestinian Center for Survey and Policy Research (PCSPR) poll last week once again showed that if Palestinian Arab presidential elections were held today in Gaza and the “West Bank” (Judea and Samaria), Hamas would overwhelmingly win. (Fatah terrorist dictator Mahmoud Abbas would receive only 38% of the vote; and Hamas terrorist leader Ismail Haniyyeh would receive 53% of the vote.)

The same poll showed that if Abbas does not run, the Palestinian Arab public favors Marwan Barghouti, followed by Haniyyeh, as Abbas’ successor. Barghouti is a Fatah/Tanzim terrorist, convicted and sentenced to five life sentences in Israel for murdering five innocent Jews. Lapid should think about what this says about the Palestinian Arab public. It’s as if the American public favored Charles Manson (if he were still alive) for U.S. president.

Lapid’s planned speech tomorrow is also a serious betrayal of his role as a temporary “caretaker” prime minister, until the Israeli elections take place in a few weeks, and the promises made by his misbegotten coalition when it was formed last year. Caretaker prime ministers are not supposed to make major diplomatic policies. Further, the Lapid-Bennett coalition of disparate parties assured the public that it would focus on economic and social issues rather than on Israeli-Palestinian issues.

We would love to hear from you! Please fill out this form and we will get in touch with you shortly.
Trending Z
News September 21, 2022
ZOA Condemns U.S. State Dept. & U.S. Amb. Nides For Siding with Antisemitic, Discriminatory Palestinian & Hamas Terrorists re: the Temple Mount, Violating Jews’ Religious Freedom
News September 21, 2022
ZOA’s Klein JPost Op-Ed: There is Nothing Extreme About Israel’s New Government
Uncategorized September 21, 2022
FLASH: ISRAEL-JORDAN PEACE TREATY (1994) GUARANTEES JEWS ACCESS TO THE TEMPLE MOUNT – LET MY PEOPLE PRAY
Uncategorized September 21, 2022
ZOA Analysis: Most American Rabbis Who Are Boycotting Some Israeli Ministers Are From Extremist Left Wing Groups (J Street; T’ruah; JVP)
Center for Law & Justice
We work to educate the American public and Congress about legal issues in order to advance the interests of Israel and the Jewish people.
We assist American victims of terrorism in vindicating their rights under the law, and seek to hold terrorists and sponsors of terrorism accountable for their actions.
We fight anti-Semitism and anti-Israel bias in the media and on college campuses.
We strive to enforce existing law and also to create new law in order to safeguard the rights of the Jewish people in the United States and Israel.
Our Mission
ZOA STATEMENT
The ZOA speaks out for Israel – in reports, newsletters, and other publications. In speeches in synagogues, churches, and community events, in high schools and colleges from coast to coast. In e-mail action alerts. In op-eds and letters to the editor. In radio and television appearances by ZOA leaders. Always on the front lines of pro-Israel activism, ZOA has made its mark.
Related Articles
OP-ED ZOA Opposes Biden Elevating Hady (“I’m Inspired by Intifada War Against Israel”) Amr to be “Special Envoy to the Palestinians”

Zionist Organization of America (ZOA) President Morton A. Klein released the following statement: President Biden’s elevation of anti-Israel, pro-terrorist Hady Amr to the position of “Special Envoy to the Palestinians” is yet another outrage from an administration that is filled with antisemitic, Israelophobic appointees. Hady Amr is notorious for writing “I was inspired by the […]