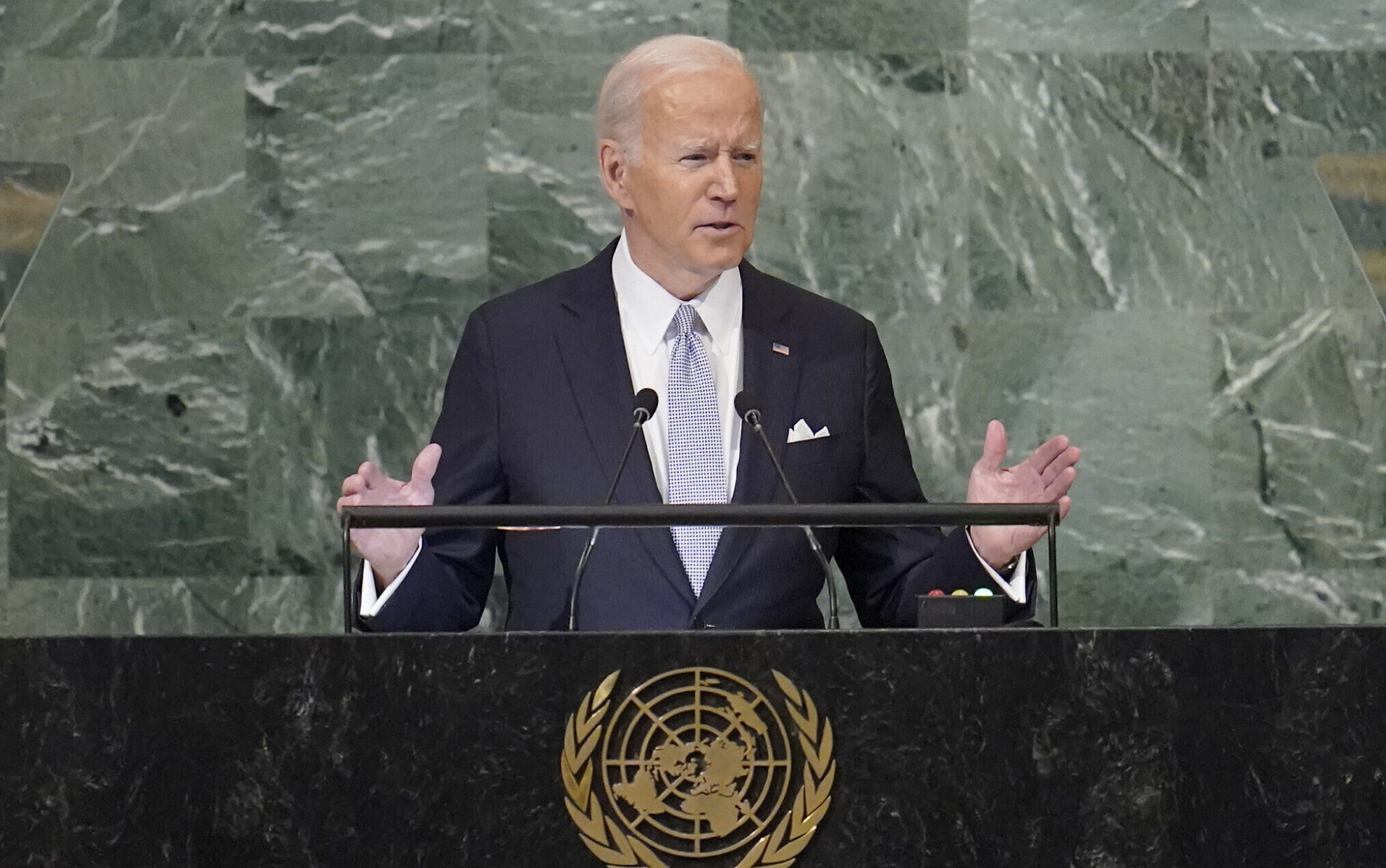 ZOA Criticizes Biden for Falsely Saying at UN that Palestinian Arab Terror Regime is “Entitled” to a State, and for Calling for Weakening U.S. Power at the UN Security Council
News Press Release

ZOA is appalled that President Biden said that the Palestinian Arab terror regime is “entitled” to a state, during Biden’s speech before the United Nations General Assembly on September 20, 2022. No Palestinian Arab state has ever existed, and there is no lawful entitlement to such as state. Moreover, the Palestinian Authority regime persistently incites terror with antisemitic lies; glorifies and pays $400 million per year to terrorists to murder Jews; and openly seeks to destroy all of Israel. Such a state would be a Hamas-Fatah-Iranian terror state; would launch constant terror attacks and rockets into Israel’s major cities; and would pose the gravest threat to Israel’s existence. The Palestinian Center for Survey and Policy Research (PCSPR) poll last week again showed that if Palestinian Arab presidential elections were held today, Hamas terror leader Ismail Haniyeh would overwhelmingly beat Palestinian Authority terror leader Mahmoud Abbas (53% to 38%). It is dangerous and wrong to assert that this terror regime is entitled to a state on Israel’s land.

Biden’s statement will embolden more anti-Jewish terror, both in Israel and throughout the world. It may already have done so. The day after Biden’s UN speech, an Arab terrorist injured eight Israelis in stabbing and pepper spray attacks in central Israel (near Modi’in); and another Arab terrorist ran over and injured another Israeli in Samaria.

Biden Hypocritically Trampled on the UN Charter Guarantees to Israel:

Notably, at the beginning of Biden’s UN speech, when discussing the Russia-Ukraine situation, Biden repeatedly stressed the importance of abiding by the UN Charter and the UN Charter’s respect for UN nations’ sovereign rights. But then Biden hypocritically trampled on Israel’s sovereign rights guaranteed in the same UN Charter (which include Israel’s rights to Judea/Samaria and Jerusalem). The UN Charter (which is a U.S. treaty obligation) continued the rights guaranteed to Israel under the 1922 Mandate, which provided that no territory designated for the Jewish homeland “shall be ceded or leased to, or in any way placed under the control of, the Government of any foreign Power.” Thus, neither the U.S. nor the UN can lawfully engage in actions to cede Israel’s land to a Palestinian Arab state. (See ZOA Resource: “Israel has the Legal Right to the Land Of Israel, Including Jerusalem, Judea/Samaria & The Golan, Under Binding International Law.”)

Why is Biden calling for making vetoes rare? Is Biden planning to secretly orchestrate and refuse to veto terrible anti-Israel resolutions – like the Obama-Biden administration did in 2016 – to obtain passage of UNSC Resolution 2334, which falsely labels much of Israel’s land, including the Jewish people’s holiest sites in Jerusalem “Occupied Palestinian Territory,” denies Jewish rights to live in much of the Jewish homeland, and promotes antisemitic boycotts? (See, e.g., “ZOA Condemns Obama/Kerry/Power For Enabling Passage of Antisemitic Ethnic Cleansing Anti-Israel UN Res Denying Jewish Rights to Live in Jerusalem/Judea/Samaria,” Dec. 23, 2016; and here, here, here , here and here.)

Moreover, Biden’s call for expanding the Security Council would undermine U.S. power and influence at virtually the only UN body where the U.S. has a modicum of influence. (See “The United States Should Oppose Expansion of the U.N. Security Council,” by Brett Schaefer, Heritage Foundation, Sept. 22, 1997.)

The only reliable ally that the U.S. has at the U.N. is Israel – which votes together with the U.S. 90% of the time. The U.S. State Department’s most recent annual report on “Voting Practices in the United Nations” confirms that most other nations have dismal records of voting with the United States. Biden’s proposal to expand the Security Council would increase opposition to U.S. interests.

We would love to hear from you! Please fill out this form and we will get in touch with you shortly.
Trending Z
News September 22, 2022
Fox News Joins ZOA in Exposing ADL’s Dangerous, Extremist “Educational” Programs & Joins JNS Editor Tobin in Urging Firing ADL CEO Jonathan Greenblatt
Uncategorized September 22, 2022
U.S. Amb. to Israel Thomas Nides Endangers Israel’s Security & Interferes with Israeli Sovereignty, Violating International Law
ZOA in the news September 22, 2022
ZOA Slams Extreme Anti-Israel Berkeley Law School Bylaw | Israel National News – Arutz Sheva
News September 22, 2022
Lapid Lied, Telling UN Assembly ‘Large Majority of Israelis’ Want 2-State Solution. They Don’t. – Jewish Press
Center for Law & Justice
We work to educate the American public and Congress about legal issues in order to advance the interests of Israel and the Jewish people.
We assist American victims of terrorism in vindicating their rights under the law, and seek to hold terrorists and sponsors of terrorism accountable for their actions.
We fight anti-Semitism and anti-Israel bias in the media and on college campuses.
We strive to enforce existing law and also to create new law in order to safeguard the rights of the Jewish people in the United States and Israel.
Our Mission
ZOA STATEMENT
The ZOA speaks out for Israel – in reports, newsletters, and other publications. In speeches in synagogues, churches, and community events, in high schools and colleges from coast to coast. In e-mail action alerts. In op-eds and letters to the editor. In radio and television appearances by ZOA leaders. Always on the front lines of pro-Israel activism, ZOA has made its mark.
Related Articles
OP-ED BY: HonestReporting.com UN Exonerates Israel in Gaza Child Death, Ignored by Media