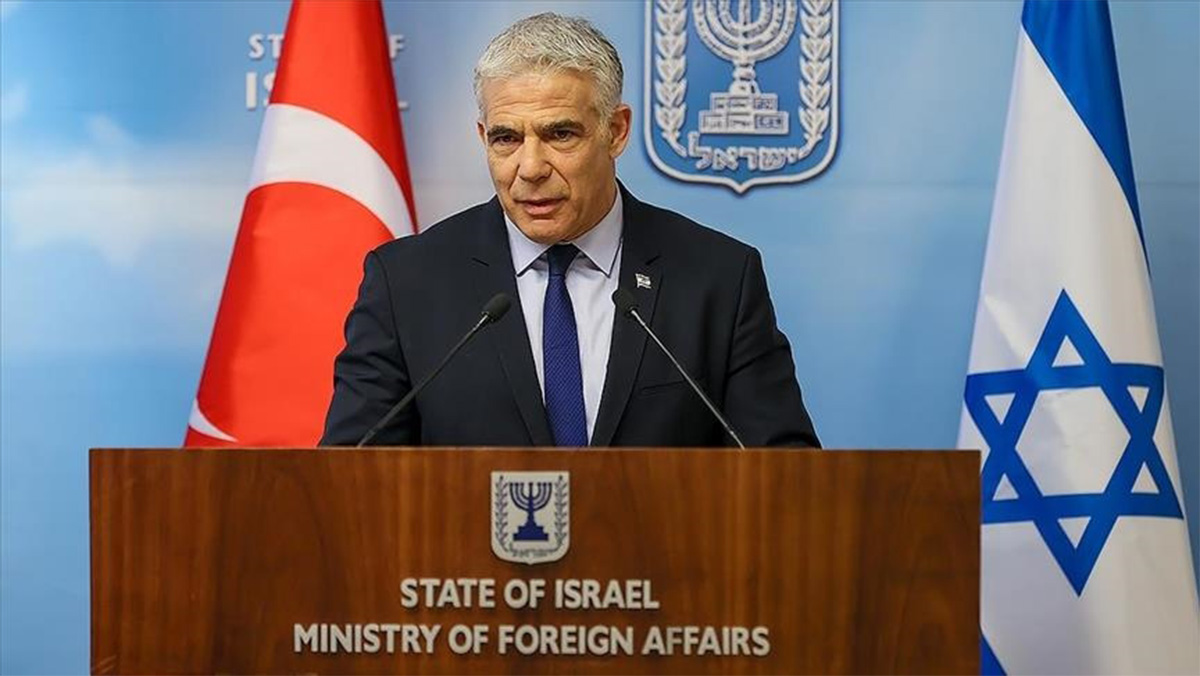 The ZOA is appalled that temporary, “caretaker” unelected Israeli Prime Minister Yair Lapid and President Joe Biden yesterday announced “readiness” to move forward with an agreement on a maritime boundary between Israel and terrorist Hezbollah-controlled Lebanon. (See, e.g., “Statement by President Joe Biden on Breakthrough Diplomacy in the Middle East” and White House Readout of Biden-Lapid Call, Oct. 11, 2022.) If the agreement were any good, one would expect that details of the agreement would have been announced along with yesterday’s fanfare. But the White House and Yair Lapid were silent as to any specifics. Notably, terror group Hezbollah approved of the details of the deal – but the Israel and U.S. public are still being kept in the dark. As former U.S. Ambassador to Israel David Friedman tweeted yesterday: “I have one question: what are the specific terms of the deal?”

We have one more question: Why is Lapid illegally denying the Israeli public and its elected representatives their lawful, democratic rights to vote on this deal? (See below.) The fact that Hezbollah terrorist leader Hassan Nasrallah approved the deal, while Lapid is illegally refusing to hold a required Knesset vote and national referendum, is a frightening indication that this is a terrible deal for Israel.

On October 1st, Lebanese President Michel Aoun (who reportedly is allied with Iran and Hezbollah) received a letter from U.S. “mediator” Amos Hochstein setting forth the proposed maritime border. The letter was not disclosed to the public. On the same day, Hezbollah leader Hassan Nasrallah – who was obviously informed of everything – lauded the deal on television – saying “Today, we reached a positive outcome.” If Hezbollah, which is dedicated to eradicating Israel, thinks that the deal is positive, that is a very bad sign.

Senator Ted Cruz, (R-TX) tweeted, “I am deeply troubled that Biden officials pressured our Israeli allies to hand over their territory to the Iran-controlled terrorist group Hezbollah.”

ZOA is particularly incensed that Yair Lapid is attempting to push this likely terrible deal through without the legal right or authority to do so, and in violation of Israel’s Basic Law – Israel’s equivalent of a constitution. As a temporary “caretaker” Prime Minister, Yair Lapid – who is facing an election in just two weeks (on November 1st) – has no legal right to make what is likely a disastrous agreement. Moreover, under Israel’s Basic Law: Referendum (2014), any agreement that causes Israeli law, jurisdiction or administration to no longer apply to territory in which they currently apply, must be approved by either: a majority of the Knesset plus a national referendum, or two-thirds (80 members) of the Knesset. However, as Caroline Glick’s article and others have revealed, Lapid and his attorney general are flaunting the rule of law, and trying to push this capitulation through without even a Knesset vote.

Adding further insult, the agreement is apparently between Israel and the United States. There has been no joint announcement by the countries whose maritime boundary is affected. The lack of a direct, enforceable agreement in itself is reason to reject this travesty.

Moreover, on the Lebanese side, Biden confirmed the “readiness . . . to move forward with this agreement” with Lebanese President Aoun. Interestingly, President Aoun’s six-year term ends in two-weeks – on October 31, 2022. Another last-minute lame duck. The Lebanese parliament is expected to meet imminently to try to elect a new president.

ZOA thus urges Israel’s caretaker prime minister and attorney general to immediately publicly disclose all terms of the deal; to desist from entering into any deal until a regular Israeli government and prime minister are elected; and to assure that the deal is voted on by the Knesset and the Israeli public.

We would love to hear from you! Please fill out this form and we will get in touch with you shortly.
Trending Z
Uncategorized October 12, 2022
ZOA Analysis: Most American Rabbis Who Are Boycotting Some Israeli Ministers Are From Extremist Left Wing Groups (J Street; T’ruah; JVP)
Uncategorized October 12, 2022
ZOA: Israel’s Reasonable Judicial Reform Proposals Are Good for Democracy, the Rule of Law and the Economy
News October 12, 2022
ZOA is Disappointed, Offended and Frightened by 211 U.S. House Votes Supporting Jew-Hating, Israel-Hating Rep. Ilhan Omar
Uncategorized October 12, 2022
Israel’s “Right of Return” Grandparent Clause is De-Judaizing the Jewish State – Eliminate It
Center for Law & Justice
We work to educate the American public and Congress about legal issues in order to advance the interests of Israel and the Jewish people.
We assist American victims of terrorism in vindicating their rights under the law, and seek to hold terrorists and sponsors of terrorism accountable for their actions.
We fight anti-Semitism and anti-Israel bias in the media and on college campuses.
We strive to enforce existing law and also to create new law in order to safeguard the rights of the Jewish people in the United States and Israel.
Our Mission
ZOA STATEMENT
The ZOA speaks out for Israel – in reports, newsletters, and other publications. In speeches in synagogues, churches, and community events, in high schools and colleges from coast to coast. In e-mail action alerts. In op-eds and letters to the editor. In radio and television appearances by ZOA leaders. Always on the front lines of pro-Israel activism, ZOA has made its mark.
Related Articles
OP-ED ZOA Urges Lapid & Herzog: Cancel Giving Undeserving Pres. Biden Major Israeli Award