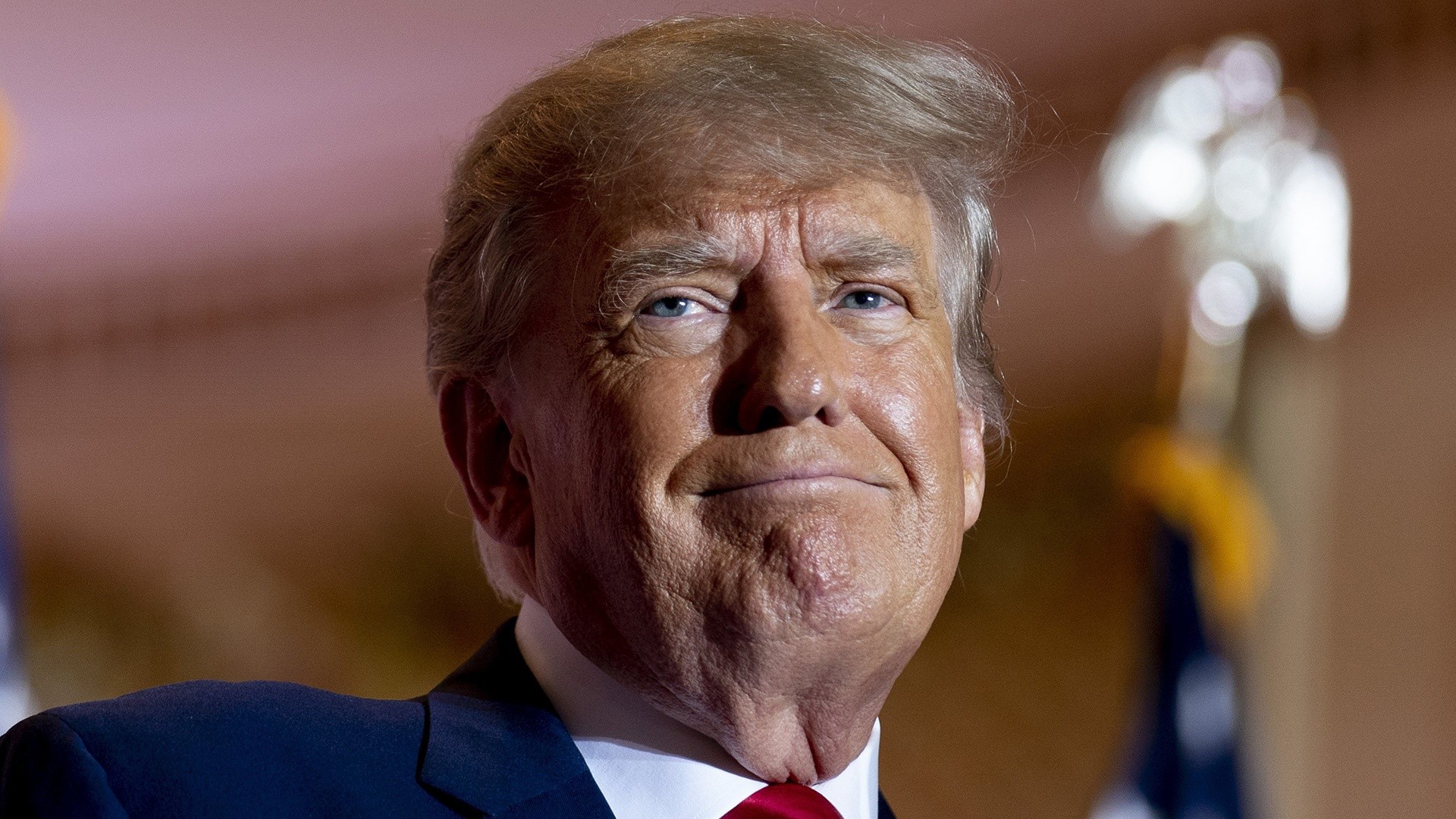 Q. Does the Zionist Organization of America still believe that President Trump deserved ZOA’s Theodore Herzl Gold Medallion Award for being the best president ever towards Israel and the Jewish people?

A. Absolutely, yes. He earned it and deserves it because of his fabulous, unparalleled beneficial policies toward the Jewish State of Israel and toward the Jewish people. As we stated at the ZOA Gala, where we gave this rare award to President Trump, Donald Trump also deserved a Nobel Peace Prize for his numerous great accomplishments, such as the Abraham Accords, which made the Middle East more peaceful, saved the lives of Jews and others; and combatted antisemitism in the U.S. and elsewhere. We are deeply grateful that President Trump: • negotiated the groundbreaking Abraham Accords; moved the U.S. Embassy in Israel to Jerusalem; • issued the “Executive Order on Combating Antisemitism” to strengthen and rigorously enforce the Civil Rights Act, Title VI, to protect Jewish students from harassment and discrimination on American college campuses; • deported the last known Nazi war criminal from the U.S. after previous administrations failed to do so; • stopped sending U.S. tax dollars to the Palestinian Authority (PA) because the PA pays hundreds of millions of dollars of “pay to slay” payments and pensions to Arab terrorists to murder Jews; • signed the Taylor Force Act; • ended U.S. funding to the corrupt United Nations Relief and Works Agency (UNRWA) because UNRWA hides rockets for Hamas and teaches Arab children to hate and aspire to murder Jews; • ended the catastrophic Iran deal (which Iran violated from the outset) and imposed maximum sanctions on Iran which reduced Iran’s funding of terror proxies Hezbollah and Hamas, which likely saved lives; • eliminated Qasem Soleimani, which saved more lives; • recognized that Jewish communities in the Jewish heartland of Judea/Samaria are legal; • recognized Israel’s sovereignty over the Golan; recognized the right of Jews to pray at our holiest site – the Temple Mount; • moved Israel into Centcom (Central Command) to strengthen Israel’s and our Arab allies’ security collaboration; • left the so-called United Nations Human Rights Council because the UNHRC continued to focus on falsely attacking Israel; • sanctioned International Criminal Court officials for their unlawful investigation of Israel; • reversed discriminatory labeling regulations that had facilitated anti-Jewish boycotts; • vigorously spoke out against antisemitism in his State of the Union message and on numerous other occasions; • allowed Americans born in Jerusalem to list “Israel” on their passports; • appointed numerous pro-Israel officials; • tried to stop the prior (Obama) administration from passing horrendous anti-Israel UN Security Council resolutions (while Trump was president-elect); • closed the unlawful PLO mission in Washington and insulting, wasteful consulate to the PA in Jerusalem; • was the first sitting U.S. president to pray at the Western Wall; and • brokered an additional groundbreaking memorandum of understanding with Bahrain to eradicate antisemitism and promote respect and co-existence between the Arab and Jewish people.

It’s quite clear that there’s not a hint of antisemitism in President Trump’s actions or beliefs. He clearly loves Israel and the Jewish people. He made a point at the ZOA Gala this month to say that even though he hates wearing tuxedos, he decided to wear a tuxedo especially in Israel’s honor.

ZOA can continue to appreciate President Trump’s many extraordinary pro-Israel deeds at the same time that we insist that Trump needs to condemn antisemite Kanye West and Jew-hating, Holocaust-denying white supremacist Nick Fuentes.

Q. Why is ZOA insisting that President Trump needs to condemn Kanye West and Nick Fuentes?

A. The rapid increase of antisemitism from multiple quarters in the United States is extremely alarming and dangerous. Nick Fuentes is an influential white supremacist, who mocks and denies the Holocaust, accuses Jews of serving the devil, and says “I piss on your Talmud.” Farrakhan-loving Kanye (Ye) West, who has 31 million followers, has a tremendous influence, and endangers Jews when he accused Jews in the entertainment industry of “milking us until we die”; tweeted about going “death con 3 on JEWISH PEOPLE,” etc.; and then said “I love you” to leading antisemite Louis Farrakhan. (See ZOA’s press release on Sunday detailing West’s and Fuente’s and Farrakhan’s frightening antisemitic records.)

ZOA President Morton A. Klein correctly observed that “President Trump must not sully his extraordinary presidential record of pro-Israel actions and combating antisemitism on college campuses and elsewhere by failing to clearly condemn vile antisemites Kanye West and Nick Fuentes.”

As President Trump said during his 2019 State of the Union address, “We must never ignore the vile poison of antisemitism, or those who spread its venomous creed. With one voice, we must confront this hatred anywhere and everywhere it occurs.” ZOA’s press release thus properly called for the former president to live up to the president’s own powerful words by condemning West and Fuentes.

Q. What about President Trump’s statement that he did not know who Nick Fuentes was when West brought Fuentes to what was supposed to be a one-on-one dinner?

A. Trump’s statement that he did not know Fuentes when Kanye West brought Fuentes to the dinner seems believable. It probably would not occur to anyone that an African American mogul would bring a vicious white supremacist to dinner. But President Trump has now learned about Fuentes’ vicious racism, Holocaust denial and antisemitism. Trump thus now needs to condemn Fuentes.

Q. What about President Trump’s statement that he agreed to West’s request to meet for dinner because he (Trump) was just trying to help Kanye West, whom Trump called a “seriously troubled man,” and Kanye West’s admission that he suffers from bipolar disorder?

A. When someone who is mentally unstable shoots people at his school or workplace, we condemn him. Mental illness may help explain his behavior, but it doesn’t excuse it. Kanye West’s recent antisemitic ravings, including tweeting that he was going to go “death con 3 on JEWISH PEOPLE,” were all over the news prior to the dinner. Good intentions to help Kanye were overshadowed by the dangerous message the meeting sent that one can be accepted in the highest echelons of society despite repeatedly spewing vicious antisemitic hatred. To reverse this, Trump needs to specifically condemn West’s antisemitism.

Q. ZOA also strongly criticized: former presidents Clinton for smilingly shaking Jew-hater Farrakhan’s hand at a funeral; and Obama for smilingly taking a picture with leading antisemite Louis Farrakhan and helping organize Farrakhan’s major march in Washington, and President Biden for profusely praising antisemite Rashida Tlaib for her “intellect, passion and G-D thanks her for being a fighter,” and Secretary of State Blinken for honoring antisemite Ilhan Omar by taking her to the Qatar World Cup soccer tournament and apologizing to Jew-hater Linda Sarsour after a Biden aide criticized her, and Speaker Pelosi for taking a Rolling Stone Mag. cover story picture smiling with Jew-haters and Israel-bashers Reps. Ilhan Omar, Rashida Tlaib and AOC; and we demanded that Clinton, Obama, Biden and Blinken and Pelosi need to condemn Farrakhan and the antisemitic “Squad.” Why hasn’t this aspect of ZOA’s press release received much attention?

A. It is deeply troubling that the media often ignores left wing politicians’ involvement with – or even praise of – virulent antisemites such as Farrakhan and the Squad. President Trump put it so well when he declared in his SOTU speech: “With one voice, we must confront this [vile antisemitic] hatred anywhere and everywhere it occurs.” Everyone needs to live up to this.

We would love to hear from you! Please fill out this form and we will get in touch with you shortly.
Trending Z
News November 29, 2022
ZOA Condemns U.S. State Dept. & U.S. Amb. Nides For Siding with Antisemitic, Discriminatory Palestinian & Hamas Terrorists re: the Temple Mount, Violating Jews’ Religious Freedom
News November 29, 2022
ZOA’s Klein JPost Op-Ed: There is Nothing Extreme About Israel’s New Government
Uncategorized November 29, 2022
FLASH: ISRAEL-JORDAN PEACE TREATY (1994) GUARANTEES JEWS ACCESS TO THE TEMPLE MOUNT – LET MY PEOPLE PRAY
Uncategorized November 29, 2022
ZOA Analysis: Most American Rabbis Who Are Boycotting Some Israeli Ministers Are From Extremist Left Wing Groups (J Street; T’ruah; JVP)
Center for Law & Justice
We work to educate the American public and Congress about legal issues in order to advance the interests of Israel and the Jewish people.
We assist American victims of terrorism in vindicating their rights under the law, and seek to hold terrorists and sponsors of terrorism accountable for their actions.
We fight anti-Semitism and anti-Israel bias in the media and on college campuses.
We strive to enforce existing law and also to create new law in order to safeguard the rights of the Jewish people in the United States and Israel.
Our Mission
ZOA STATEMENT
The ZOA speaks out for Israel – in reports, newsletters, and other publications. In speeches in synagogues, churches, and community events, in high schools and colleges from coast to coast. In e-mail action alerts. In op-eds and letters to the editor. In radio and television appearances by ZOA leaders. Always on the front lines of pro-Israel activism, ZOA has made its mark.
Related Articles
OP-ED Fmr. PLO Spokesman Khalidi Repeats Shop-Worn Palestinian Lies In New York Times