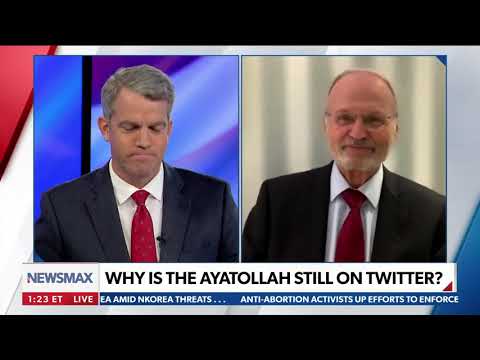 He said the roundtable was conducted by Doug Emhoff, the husband to Vice President Kamala Harris, and Susan Rice, who the ZOA group leader claims has a record of supporting antisemitic organizations that teach children “to hate Jews.”

Also, Klein said prominent Jewish groups that disagree with President Joe Biden’s policies on Israel or the Jewish state were not part of the roundtable discussion.

Klein said Emhoff has “no responsibility, no authority” to enact policy changes. And with Rice, Klein referred to her as one of “most hostile” people to the Jewish community within the Biden administration.

As such, with Emhoff and Rice directing the roundtable narrative, Klein said “it makes this whole thing a joke.”

He has also spoken out against President Biden nominating Democratic Party donor Elizabeth Frawley Bagley for the ambassador to Brazil post, despite her alleged anti-Jewish remarks from the past.

Also, Klein didn’t appreciate Biden’s Dec. 2 tweet needlessly referencing the “Holocaust” and “Hitler,” while shaming others with “silence is complicity” — just to score a few political points on social media.

“Any normal person knows the Holocaust happened,” said Klein, while running down the components of Biden’s tweet. “And everyone knows Hitler was a monster.”

This article was originally published by Newsmax and can be viewed here.

We would love to hear from you! Please fill out this form and we will get in touch with you shortly.
Trending Z
News December 15, 2022
ZOA Condemns U.S. State Dept. & U.S. Amb. Nides For Siding with Antisemitic, Discriminatory Palestinian & Hamas Terrorists re: the Temple Mount, Violating Jews’ Religious Freedom
News December 15, 2022
ZOA’s Klein JPost Op-Ed: There is Nothing Extreme About Israel’s New Government
Uncategorized December 15, 2022
FLASH: ISRAEL-JORDAN PEACE TREATY (1994) GUARANTEES JEWS ACCESS TO THE TEMPLE MOUNT – LET MY PEOPLE PRAY
Uncategorized December 15, 2022
ZOA Analysis: Most American Rabbis Who Are Boycotting Some Israeli Ministers Are From Extremist Left Wing Groups (J Street; T’ruah; JVP)
Center for Law & Justice
We work to educate the American public and Congress about legal issues in order to advance the interests of Israel and the Jewish people.
We assist American victims of terrorism in vindicating their rights under the law, and seek to hold terrorists and sponsors of terrorism accountable for their actions.
We fight anti-Semitism and anti-Israel bias in the media and on college campuses.
We strive to enforce existing law and also to create new law in order to safeguard the rights of the Jewish people in the United States and Israel.
Our Mission
ZOA STATEMENT
The ZOA speaks out for Israel – in reports, newsletters, and other publications. In speeches in synagogues, churches, and community events, in high schools and colleges from coast to coast. In e-mail action alerts. In op-eds and letters to the editor. In radio and television appearances by ZOA leaders. Always on the front lines of pro-Israel activism, ZOA has made its mark.
Related Articles
OP-ED ZOA’s Mort Klein TV Interview Exposing Truth of New Arab/Muslim War on Israel and Jews
OP-ED Amb. David Friedman: Biden’s Hostile-to-Israel Statements/Actions Make Mideast Trip a Failure

By Phil Schneider  (JULY 19, 2022 / ISRAEL UNWIRED) David Friedman analyzes the Biden trip to Israel. Did Biden accomplish anything on his trip? Would Joe Biden even recognize Jerusalem as the capital of Israel? In general, Israel will always treat every President of the United States with utmost respect. However, Joe Biden did not […]