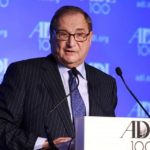 Zionist Organization of America (ZOA) National President Morton A. Klein and ZOA Director of Research & Special Projects Liz Berney, Esq. released the following statement: ADL (Anti-Defamation League) National Director Emeritus Abe Foxman has revealed that he is the “attack dog of the thought police” by demanding that Israel will not have his “love” and […] 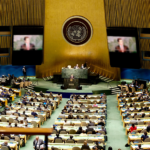 Yesterday, the United Nations General Assembly adopted a series of anti-Israel resolutions, including one to “dedicate its activities in 2023 to the commemoration of the seventy-fifth anniversary of the Nakba, including by organizing a high-level event at the General Assembly Hall on 15 May 2023.” In Arabic, “nakba” means “catastrophe,” and this resolution enshrining it […] 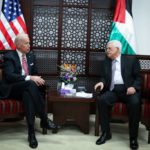 According to a report released this week by the Israel Defense Forces, there have been 280 terrorist incidents in Israel so far this year, compared with 91 in 2021. In addition, 500 attacks were thwarted by Israeli security. On Tuesday, a female IDF soldier was seriously injured when she was run over by a terrorist […] 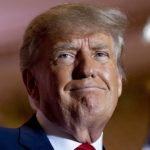 Q. Does the Zionist Organization of America still believe that President Trump deserved ZOA’s Theodore Herzl Gold Medallion Award for being the best president ever towards Israel and the Jewish people? A. Absolutely, yes. He earned it and deserves it because of his fabulous, unparalleled beneficial policies toward the Jewish State of Israel and toward […] 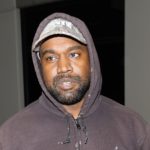 Zionist Organization of America (ZOA) President Morton A. Klein, a child of holocaust survivors, released the following statement: “We must never ignore the vile poison of anti-Semitism, or those who spread its venomous creed. With one voice, we must confront this hatred anywhere and everywhere it occurs.” – Pres. Donald Trump, State of the Union […]

This morning in Jerusalem, Israel, terrorists detonated two bombs at two separate bus stops during rush hour. Sixteen-year-old yeshiva student Aryeh Schupak was killed, 23 others have been injured, several critically and in danger of dying as well. The bombs were packed with nails to cause the most damage and detonated remotely when people were […] 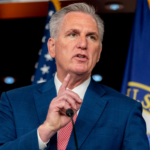 The Zionist Organization of America (ZOA) strongly thanks and praises Leader Kevin McCarthy for his powerful statement condemning antisemitism at UC Berkeley Law School, where 14 student groups are not allowing anyone to speak who merely supports Israel’s right to exist. ZOA is honoring Leader Kevin McCarthy at our national Gala this Sunday evening, November […] 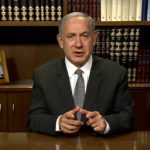 The Religious Zionism Party is NOT “Extreme.” Zionist Organization of America (ZOA) National President Morton A. Klein released the following statement: The Zionist Organization of America congratulates former and soon-to-be-new Israeli Prime Minister Benjamin Netanyahu and the entire pro-Zionist bloc (including Likud, Religious Zionism, Shas and Agouda) on their apparent election win yesterday.  According to reports, […] 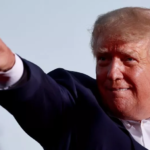 OP-ED Newsweek Op-Ed by ZOA’s Mort Klein: ZOA Honoring Trump as the Greatest President Ever for Israel and American Jews 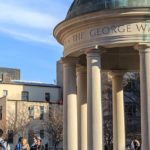 ACTION ALERT: URGE GW’S PRESIDENT TO TAKE FORCEFUL STEPS TO STOP BIGOTRY AGAINST JEWS AND THE JEWISH STATE OF ISRAEL!

TO GW STUDENTS AND ALUMS: JOIN THE ZOA’S FIGHT AGAINST ANTISEMITISM AT GW! URGE GW’S PRESIDENT TO TAKE FORCEFUL STEPS TO STOP BIGOTRY AGAINST JEWS AND THE JEWISH STATE OF ISRAEL!   If you’re a student or an alum of The George Washington University, then you should be especially concerned about recent horrific antisemitic incidents […]