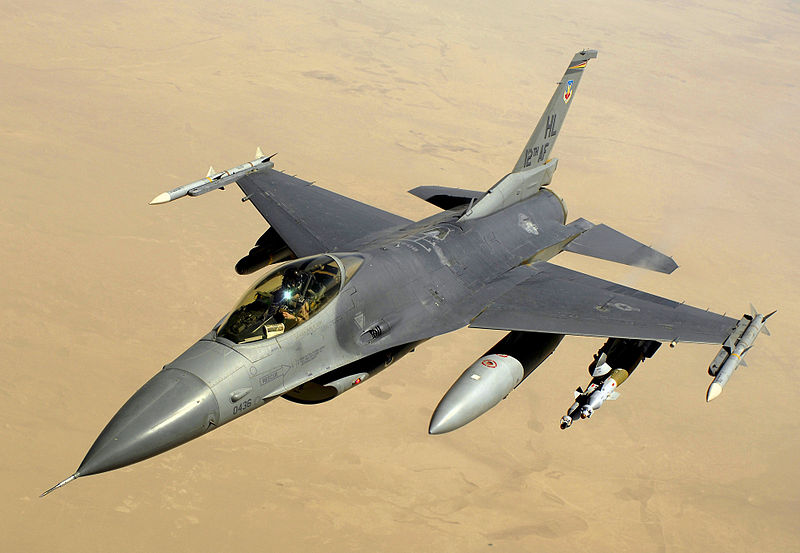 The Zionist Organization of America (ZOA) has criticized President Barack Obama for providing this week four new, state-of-the art F-16 warplanes to the extremist, anti-Semitic Islamist Egyptian regime of Mohamed Morsi. The four F-16s are part of a package of military aid to Egypt encompassing 16 F-16s jets and 200 M1A1 Abrams tanks that was concluded in 2010 with the previous Hosni Mubarak regime. The Obama Administration is providing this aid package despite the change of government in Egypt and the viciously anti-Semitic and anti-Israel rhetoric of President Morsi and the Muslim Brotherhood from which he stems.

As the ZOA outlined in detail last week, Morsi was recently found to have said in 2010 that “we must not forget to nurse our children and grandchildren on hatred towards those Zionists and Jews” and to have referred to Israelis as “blood-suckers … warmongers, the descendants of apes and pigs … We must all realize that resistance [i.e. terrorism] is the only way to liberate the land of Palestine.” Last October, he was  also shown on Egyptian television fervent in prayer in a mosque as the cleric declaimed, “Oh Allah, destroy the Jews and their supporters. Oh Allah, disperse them, rend them asunder. Oh Allah, demonstrate Your might and greatness upon them. Show us Your omnipotence, oh Lord.”

Who are the likely future targets of this Egyptian weaponry? Iran? Syria? Or is it Israel? The ZOA believes that the answer is obvious.

ZOA National President Morton A. Klein said, “It is simply extraordinary and surreal that, only days after Egypt’s Mohamed Morsi is shown to be a guttersnipe anti-Semite of the worst kind who has also hates America, that President Obama would approve the dispatch of state-of-the art weaponry to Cairo.

“Common sense and prudence would have dictated that President Obama withhold all aid to Egypt until and unless Morsi gives a written commitment to observe the peace treaty with Israel; repudiate the Muslim Brotherhood platform and statements opposing peace, human rights and the Egyptian/U.S. alliance; and rescinds his pledge to work for freeing Islamist sheikh Omar-Abdel Rahman, jailed by the U.S. for his role in the 1993 World Trade Center bombing that killed six people.

“These arms may be used to attack Egyptian minorities including Egypt’s Christian Copts, Israel, and U.S. Mideast facilities.

“It is also bitterly ironic that, at a time President Obama seeks to limit domestic gun sales to prevent weapons coming into the hands of violent killers, he approves the dispatch of cutting-edge weaponry to an Egyptian regime which insists that its children must be ‘nursed on hatred’ towards Jews and engage in ‘resistance’ against Israel.

“At a minimum, President Obama should have immediately withheld this arms package to Cairo, which put top-of-the-line American planes and tanks into the hands of a vicious and dangerous regime. That he did not do so should be a wake-up call to those Americans who have accepted his bromides about supporting Israel and having its security at heart.”

We would love to hear from you! Please fill out this form and we will get in touch with you shortly.
Trending Z
Uncategorized January 23, 2013
ZOA Analysis: Most American Rabbis Who Are Boycotting Some Israeli Ministers Are From Extremist Left Wing Groups (J Street; T’ruah; JVP)
Uncategorized January 23, 2013
ZOA: Israel’s Reasonable Judicial Reform Proposals Are Good for Democracy, the Rule of Law and the Economy
News January 23, 2013
ZOA is Disappointed, Offended and Frightened by 211 U.S. House Votes Supporting Jew-Hating, Israel-Hating Rep. Ilhan Omar
Uncategorized January 23, 2013
Israel’s “Right of Return” Grandparent Clause is De-Judaizing the Jewish State – Eliminate It
Center for Law & Justice
We work to educate the American public and Congress about legal issues in order to advance the interests of Israel and the Jewish people.
We assist American victims of terrorism in vindicating their rights under the law, and seek to hold terrorists and sponsors of terrorism accountable for their actions.
We fight anti-Semitism and anti-Israel bias in the media and on college campuses.
We strive to enforce existing law and also to create new law in order to safeguard the rights of the Jewish people in the United States and Israel.
Our Mission
ZOA STATEMENT
The ZOA speaks out for Israel – in reports, newsletters, and other publications. In speeches in synagogues, churches, and community events, in high schools and colleges from coast to coast. In e-mail action alerts. In op-eds and letters to the editor. In radio and television appearances by ZOA leaders. Always on the front lines of pro-Israel activism, ZOA has made its mark.
Related Articles
OP-ED CIA Nominee Brennan Dismisses Radical Islam, Calls J’lem Al-Quds, Whitewashes Hizballah