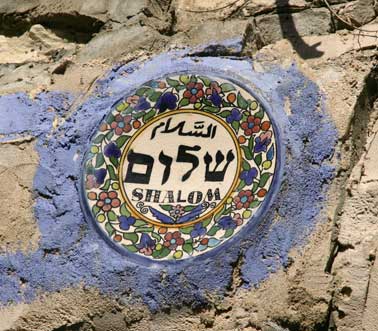 The Zionist Organization of America (ZOA) today praised several important, positive statements made by President Barack Obama’s during his visit to Israel. In speeches delivered in Israel, President Obama testified to the millennia-old Jewish religious and historical bond with the land of Israel; the success of Zionism in transforming the Jewish people into a genuinely free people in their own land; called for Hizballah to be labeled by all as a terrorist organization; called for the Palestinians to accept Israel as a Jewish state and for Arab nations to normalize relations with Israel; and affirmed America as Israel’s strongest ally and greatest friend.

(There were also, however, a number of deeply troubling statements made by President Obama during his visit, which the ZOA has critiqued in detail in a separate press release that can be found here).

In his speech upon arrival at Israel’s Ben Gurion airport, President Obama affirmed the millennia-old Jewish bond with the land of Israel, saying:

“I know that in stepping foot on this land, I walk with you on the historic homeland of the Jewish people. More than 3,000 years ago, the Jewish people lived here, tended the land here, prayed to God here. And after centuries of exile and persecution, unparalleled in the history of man, the founding of the Jewish State of Israel was a rebirth, a redemption unlike any in history. Today, the sons of Abraham and the daughters of Sarah are fulfilling the dream of the ages — to be “masters of their own fate” in “their own sovereign state.” And just as we have for these past 65 years, the United States is proud to stand with you as your strongest ally and your greatest friend … I see this visit as an opportunity to reaffirm the unbreakable bonds between our nations, to restate America’s unwavering commitment to Israel’s security … Why does the United States stand so strongly, so firmly with the State of Israel? And the answer is simple. We stand together because we share a common story – patriots determined “to be a free people in our land,” pioneers who forged a nation, heroes who sacrificed to preserve our freedom, and immigrants from every corner of the world who renew constantly our diverse societies. We stand together because we are democracies. For as noisy and messy as it may be, we know that democracy is the greatest form of government ever devised by man … I’m confident in declaring that our alliance is eternal, it is forever – lanetzach” (‘Obama: Israel’s founding an unparalleled story of redemption,’ Times of Israel, March 18, 2013).

In his speech in Jerusalem, President Obama said:

We would love to hear from you! Please fill out this form and we will get in touch with you shortly.
Trending Z
News March 22, 2013
ZOA Deplores that Pres. Trump Dined with Jew-Haters Kanye West & Nick Fuentes, and Demands he Condemn Them
News March 22, 2013
Newsweek Op-Ed by ZOA’s Mort Klein: ZOA Honoring Trump as the Greatest President Ever for Israel and American Jews
Uncategorized March 22, 2013
ZOA Honors Trump With Rarely Given Herzl Award for His Great Pro-Israel Work – Joins Ranks of Balfour, Truman, Begin, Meir, Ben-Gurion
Uncategorized March 22, 2013
Zionist Organization of America Honors Donald Trump for Support for Israel, Jewish Community
Center for Law & Justice
We work to educate the American public and Congress about legal issues in order to advance the interests of Israel and the Jewish people.
We assist American victims of terrorism in vindicating their rights under the law, and seek to hold terrorists and sponsors of terrorism accountable for their actions.
We fight anti-Semitism and anti-Israel bias in the media and on college campuses.
We strive to enforce existing law and also to create new law in order to safeguard the rights of the Jewish people in the United States and Israel.
Our Mission
ZOA STATEMENT
The ZOA speaks out for Israel – in reports, newsletters, and other publications. In speeches in synagogues, churches, and community events, in high schools and colleges from coast to coast. In e-mail action alerts. In op-eds and letters to the editor. In radio and television appearances by ZOA leaders. Always on the front lines of pro-Israel activism, ZOA has made its mark.
Related Articles
OP-ED Fmr. Secy. Colin Powell: Defense Dept. Influences Presidential Policy