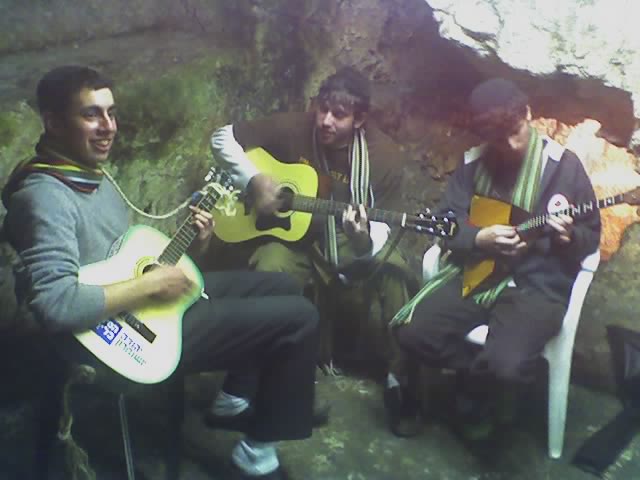 A new poll has shown that an overwhelming 92% of Israelis are proud of their country, with three out of four Israelis (74%) regarding Israel as a good place to live their lives. The survey, conducted by New Wave Research and commissioned by Israel Hayom newspaper ahead of Israel Independence Day, shows a 5% increase in those who were found to “very proud” to be Israelis in a similar poll last year (up to 75% from 70%) (‘Israel Independence Day Poll: Israelis Overwhelmingly Proud of their Country, April 15, 2013).

ZOA National President Morton A. Klein said, “These results, consistent with earlier ones, show the utter failure of the Palestinian terror campaign since 2000 to demoralize Israelis into retreat and loss of nerve.

“The arch-terrorist Yasser Arafat once said – to an Arab audience in Stockholm, in Arabic, not to the Western media in English – ‘We plan to eliminate the state of Israel and establish a purely Palestinian state. We will make life unbearable for Jews by psychological warfare and population explosion. We Palestinians will take over everything, including all of Jerusalem.’

“On that basis, we can confidently say that the policy of this war criminal and murderer and the Palestinian movement he headed and still inspires, has conspicuously failed. Israel is a success and its population is growing, happy and proud.”

We would love to hear from you! Please fill out this form and we will get in touch with you shortly.
Trending Z
Uncategorized April 18, 2013
FLASH: ISRAEL-JORDAN PEACE TREATY (1994) GUARANTEES JEWS ACCESS TO THE TEMPLE MOUNT – LET MY PEOPLE PRAY
Uncategorized April 18, 2013
ZOA Analysis: Most American Rabbis Who Are Boycotting Some Israeli Ministers Are From Extremist Left Wing Groups (J Street; T’ruah; JVP)
Uncategorized April 18, 2013
Israel’s “Right of Return” Grandparent Clause is De-Judaizing the Jewish State – Eliminate It
Uncategorized April 18, 2013
Exclusive: ZOA Accuses Ilhan Omar of Hating the U.S. ‘as Much as Israel,’ Lauds Kevin McCarthy for ‘Throwing Her Off the HFAC’
Center for Law & Justice
We work to educate the American public and Congress about legal issues in order to advance the interests of Israel and the Jewish people.
We assist American victims of terrorism in vindicating their rights under the law, and seek to hold terrorists and sponsors of terrorism accountable for their actions.
We fight anti-Semitism and anti-Israel bias in the media and on college campuses.
We strive to enforce existing law and also to create new law in order to safeguard the rights of the Jewish people in the United States and Israel.
Our Mission
ZOA STATEMENT
The ZOA speaks out for Israel – in reports, newsletters, and other publications. In speeches in synagogues, churches, and community events, in high schools and colleges from coast to coast. In e-mail action alerts. In op-eds and letters to the editor. In radio and television appearances by ZOA leaders. Always on the front lines of pro-Israel activism, ZOA has made its mark.
Related Articles
OP-ED BY: HonestReporting.com UN Exonerates Israel in Gaza Child Death, Ignored by Media