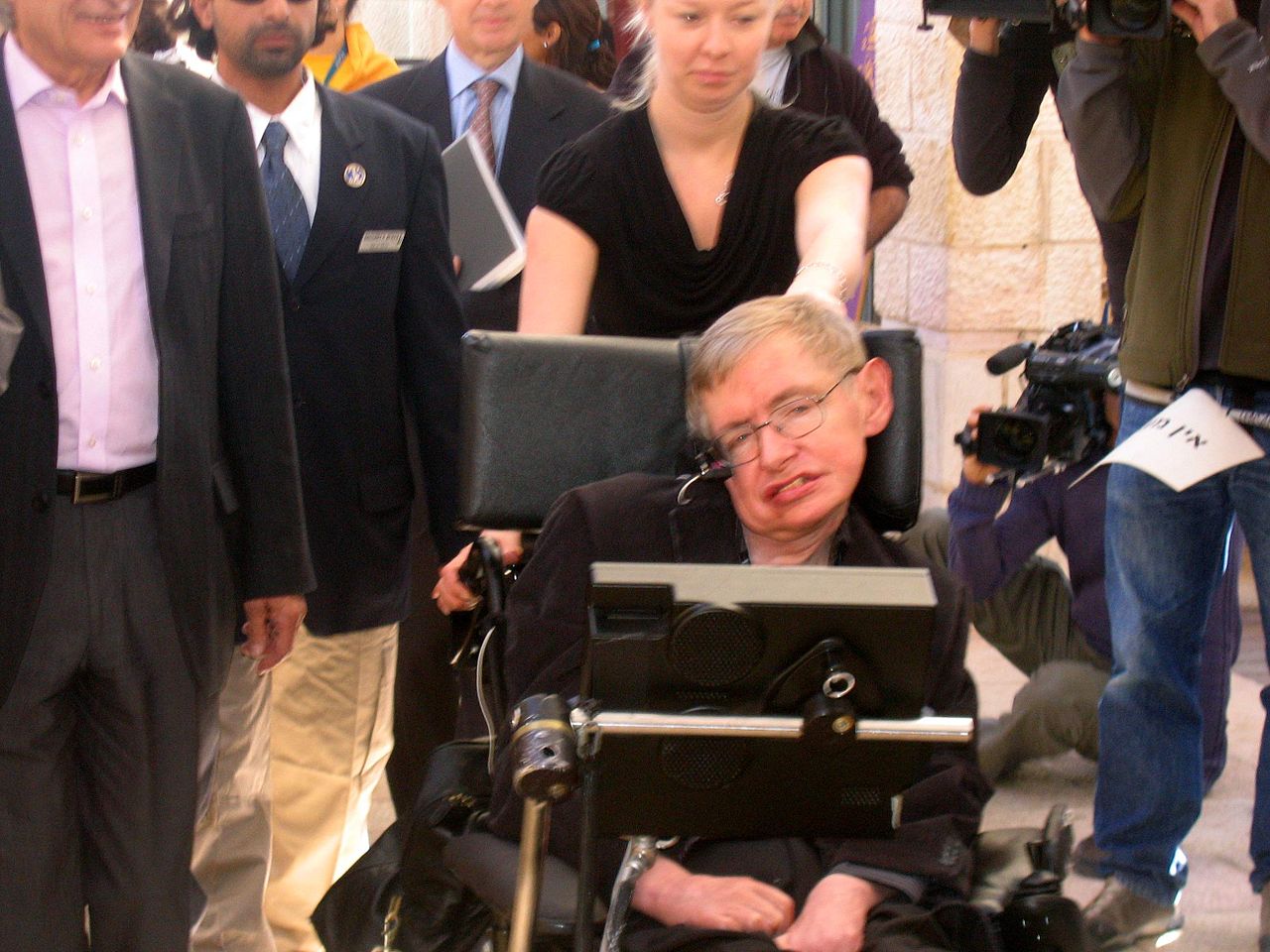 The Zionist Organization of America (ZOA) has condemned the British physicist, Stephen Hawking, for his decision to boycott a conference in Israel, which he has previously visited. Professor Hawking had been invited to the Israeli Presidential Conference, to be held in Jerusalem on June 18-20, but has refused to attend, “based on advice from Palestinian academics that he should respect the boycott.” Several heads of state and former U.S. President Bill Clinton, former Soviet Union President Mikhail Gorbachev and former British Prime Minister Tony Blair are all due to attend the Jerusalem conference.

In a statement, Hawking said, “I have received a number of emails from Palestinian academics. They are unanimous that I should respect the boycott. In view of this, I must withdraw from the conference.”

(It had been originally reported that he was boycotting the conference on advice of Palestinian academics, then that he was staying home purely for health reasons, until it was eventually confirmed that Hawking was, indeed, not attending in line with the campaign to boycott Israel).

ZOA National President Morton A. Klein said, “We are appalled at and condemn Professor Hawking’s decision to boycott this conference in Israel.

“The ZOA held off issuing a statement until the reasons for Professor Hawking’s decision were made clear, as there had been conflicting reports as to his reasons. However, now that it has become clear that he has chosen to boycott Israel, the only country in the region to enshrine academic freedom, we roundly condemn his decision.

“Stephen Hawking has visited countries with appalling human rights abuses, like Iran and China.  He even visited the Soviet Union in 1973. He has not seen fit to boycott these countries or issue condemnatory pronouncements as to their policies. If Hawking believes that visiting a repressive state does not indicate support for the policies of that country, then how can he justify boycotting Israel – a country which is a genuine democracy, that does not repress its citizens and which protects academic freedom – because he disagrees with some of its policies?

“If, on the other hand, Hawking believes that some polices are so outrageous or infamous that they necessitate a boycott, he needs to explain why he has visited some of the most repressive states in the world. He has not done so.

“It is also ironic that Stephen Hawking is boycotting an Israeli conference in solidarity with Palestinians when the head of the Palestine Chamber of Commerce, Munib al-Masri, is scheduled to speak at this very conference.

“Stephen Hawking is insulting the memory of the greatest physicist of all time, Albert Einstein, who was an ardent Zionist and who would have condemned Hawking for his action.

“Hawking’s action also insults the memory of the greatest physical chemist of all time, Linus Pauling, twice Noble Prize winner, who went to Israel and spoke at Israeli universities a number of times. Pauling was a leftwing academic and critical of some Israeli policies, but he went to Israel in 1953 to participate in the dedication of the Weizmann Institute. I knew and worked with Pauling for years and in fact accompanied him on one of his trips to Israel in the 1980s when he addressed a conference at Ben Gurion University and accepted an award from it.

“Professor Hawking, because he is a rare household name, a celebrity academic, has done Israel harm by making this decision to boycott Israel. He should rescind this decision immediately and attend the conference in Jerusalem to which he was invited.”

We would love to hear from you! Please fill out this form and we will get in touch with you shortly.
Trending Z
News May 14, 2013
ZOA Condemns U.S. State Dept. & U.S. Amb. Nides For Siding with Antisemitic, Discriminatory Palestinian & Hamas Terrorists re: the Temple Mount, Violating Jews’ Religious Freedom
News May 14, 2013
ZOA’s Klein JPost Op-Ed: There is Nothing Extreme About Israel’s New Government
Uncategorized May 14, 2013
FLASH: ISRAEL-JORDAN PEACE TREATY (1994) GUARANTEES JEWS ACCESS TO THE TEMPLE MOUNT – LET MY PEOPLE PRAY
Uncategorized May 14, 2013
ZOA Analysis: Most American Rabbis Who Are Boycotting Some Israeli Ministers Are From Extremist Left Wing Groups (J Street; T’ruah; JVP)
Center for Law & Justice
We work to educate the American public and Congress about legal issues in order to advance the interests of Israel and the Jewish people.
We assist American victims of terrorism in vindicating their rights under the law, and seek to hold terrorists and sponsors of terrorism accountable for their actions.
We fight anti-Semitism and anti-Israel bias in the media and on college campuses.
We strive to enforce existing law and also to create new law in order to safeguard the rights of the Jewish people in the United States and Israel.
Our Mission
ZOA STATEMENT
The ZOA speaks out for Israel – in reports, newsletters, and other publications. In speeches in synagogues, churches, and community events, in high schools and colleges from coast to coast. In e-mail action alerts. In op-eds and letters to the editor. In radio and television appearances by ZOA leaders. Always on the front lines of pro-Israel activism, ZOA has made its mark.
Related Articles
OP-ED BY: Morton A. Klein, ZOA Report Claims Obama States Israel Won’t Make Concessions