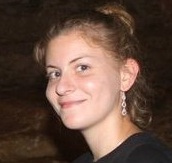 The BDS movement has gained considerable status in recent years, having succeeded in enlisting various celebrity figures to take a stand against the Jewish State. While a slew of notable Hollywood names, including; Stephen Hawking, Meg Ryan, Dustin Hoffman, and Julianne Moore, have all succumbed to the whirlwind of baseless hatred aimed at Israel, by opting to cancel previously scheduled appearances there, the Pet Shop Boys of 80’s fame have remained staunch supporters of the State. The British duo is slated to belt out its hits this coming Sunday in Tel Aviv. 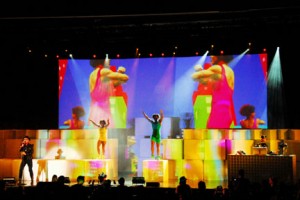 This welcome bit of news is certainly music to our ears. The spurious claims concerning Israel being an apartheid state is nothing short of farcical to anyone who is well-versed in Israeli politics or history. Israel’s ongoing relationship with its significant Arab population in no way resembles the deplorable era of apartheid South Africa, and any claims to the contrary are not only un-categorically false but carry severe anti-Semitic undertones.

Pet Shop Boys band member, Neil Tennant, reiterated this very notion in an official statement released on the band website. “I don’t agree with this comparison of Israel to apartheid-era South Africa. It’s a caricature. Israel has (in my opinion) some crude and cruel policies based on defense; it also has universal suffrage and equality of rights for all its citizens both Jewish and Arab. In apartheid-era South Africa, artists could only play to segregated audiences; in Israel anyone who buys a ticket can attend a concert. Neil x”

The British rock group joins the unwavering multi-Grammy winning singer, Alicia Keys, who has not relented under the myriad of appeals she has been besieged with to cancel her upcoming July 4th show. While this demonstration is certainly an important act on the part of the band, it is but one voice amidst a heavy anti-Israel climate in the UK.

“I don’t agree with this comparison of Israel to apartheid-era South Africa. It’s a caricature…”

In fact, London is scheduled to play host to this week’s conference focused on the BDS Israel movement. Although the conference hosts, the Pears Institute for the Study of anti-Semitism at Birkbeck, in conjunction with the International Consortium for Research on anti-Semitism and Racism allege that the event will be a forum to examine the BDS phenomenon from a purely academic perspective, vocal and virulently anti-Israel advocates will be in attendance. This seems nothing short of absurd for an institution founded on the basis of examining acts of anti-Semitism to allow known adversaries to Israel the opportunity to spread their messages of hate. It appears that the line between anti-Semitism and anti-Zionism has become blurred just as the line between sanity and insanity has grown hazy.

While there will always be opponents to the Zionist vision, the malice of such antagonists need not be spread at events hosted by supposed research institutions of anti-Semitism. Genuine examiners of anti-Semitism aim to speak out against malevolent acts committed against the Jewish people and Jewish State. They do not wine and dine them while listening to their hateful rhetoric.

We would love to hear from you! Please fill out this form and we will get in touch with you shortly.
Trending Z
News June 19, 2013
ZOA Condemns U.S. State Dept. & U.S. Amb. Nides For Siding with Antisemitic, Discriminatory Palestinian & Hamas Terrorists re: the Temple Mount, Violating Jews’ Religious Freedom
News June 19, 2013
ZOA’s Klein JPost Op-Ed: There is Nothing Extreme About Israel’s New Government
Uncategorized June 19, 2013
FLASH: ISRAEL-JORDAN PEACE TREATY (1994) GUARANTEES JEWS ACCESS TO THE TEMPLE MOUNT – LET MY PEOPLE PRAY
Uncategorized June 19, 2013
ZOA Analysis: Most American Rabbis Who Are Boycotting Some Israeli Ministers Are From Extremist Left Wing Groups (J Street; T’ruah; JVP)
Center for Law & Justice
We work to educate the American public and Congress about legal issues in order to advance the interests of Israel and the Jewish people.
We assist American victims of terrorism in vindicating their rights under the law, and seek to hold terrorists and sponsors of terrorism accountable for their actions.
We fight anti-Semitism and anti-Israel bias in the media and on college campuses.
We strive to enforce existing law and also to create new law in order to safeguard the rights of the Jewish people in the United States and Israel.
Our Mission
ZOA STATEMENT
The ZOA speaks out for Israel – in reports, newsletters, and other publications. In speeches in synagogues, churches, and community events, in high schools and colleges from coast to coast. In e-mail action alerts. In op-eds and letters to the editor. In radio and television appearances by ZOA leaders. Always on the front lines of pro-Israel activism, ZOA has made its mark.
Related Articles
OP-ED BY: Susan Tuchman Brooklyn College: Students Afraid to Speak Up and Express Pro-Israel Views

The ZOA has been working with Jewish and pro-Israel students at Brooklyn College to address problems they have been facing on campus.  In February, four Jewish students were ousted, without justification, from an anti-Israel boycott, divestment and sanctions event.  Over the objections of many in the college community, this one-sided Israel-bashing event was co-sponsored by […]

On April 10th I found myself at one of the most important battles for Israel this year.  Far from the deserts of the Middle East, this battle was taking place in a sunny paradise in Isla Vista, California at the University of California Santa Barbara (UCSB).  In the place of rockets and suicide bombers, Israel’s […]