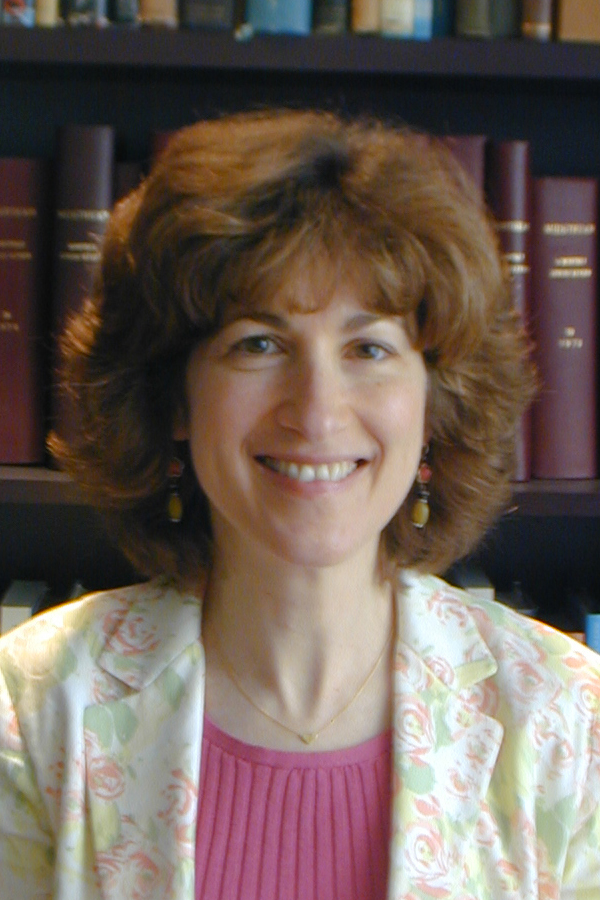 The ZOA has been working with Jewish and pro-Israel students at Brooklyn College to address problems they have been facing on campus.  In February, four Jewish students were ousted, without justification, from an anti-Israel boycott, divestment and sanctions event.  Over the objections of many in the college community, this one-sided Israel-bashing event was co-sponsored by the political science department, giving the event legitimacy it did not deserve.

The campus problems run deeper than this event alone.  Students report that the political science department is hostile to Israel, causing some students to drop or stay away from certain courses they would otherwise be interested in taking.  Some students say that in some courses, they are afraid to speak up and express pro-Israel views.

The situation is unacceptable.  Here is the latest in the ZOA’s ongoing efforts to remedy the campus problems:

BY E-MAIL AND FIRST-CLASS MAIL

Re:  Hostile Environment for Jewish and Pro-Israel Students at Brooklyn College

We write again to express our concern about Brooklyn College’s continuing failure to respond to problems that Jewish students are facing on campus.

First, we are troubled by the findings and conclusions in the investigative report you commissioned, after Jewish students were denied access to an anti-Israel boycott, divestment and sanctions (BDS) event at Brooklyn College in February, and four Jewish students were wrongly ousted from the event.  The report could not be clearer, confirming that “there was no justification for the removal of the four students.  They did not create a ‘disturbance.’”  The report also confirms there were a number of public safety officers, administrators, faculty, and members of Students for Justice in Palestine (SJP) – the student group behind this Israel-bashing event – who were present.  And, the report confirms that not a single one of these individuals intervened when Carlos Guzman – a complete outsider without any affiliation with Brooklyn College – made the unwarranted and wrong decision to oust the four Jewish students, at least one of whom was a known vocal pro-Israel advocate, and two of whom were wearing yarmulkes.

As counsel for three of the students wrote to you last week, “the report ignores the obvious discriminatory motives behind the expulsion and fails to hold accountable the individuals and groups who were responsible for the incident.”  The report does not recommend disciplining any of the wrongdoers.  It does not even recommend that Brooklyn College issue a public apology to the four Jewish students whose rights were violated, and to the rest of the Jewish campus community who were also harmed by the wrongs that were committed by the college and others.

Second, we are troubled by Brooklyn College’s response to the investigative report.  On April 16, 2013, President Gould sent an e-mail to the campus community, announcing the release of the report and how the college would be responding to it.

Quite frankly, the e-mail is weak and vague, committing only to at some point implementing new policies and procedures for public events on campus.  There is no indication that the college intends to hold any of the wrongdoers accountable for their misconduct, even though the investigative report is clear that members of the SJP, administrators and other college employees stood by and permitted the violation of four Jewish students’ rights without even questioning what was happening.  Even President Gould’s characterization of what occurred at the BDS event is weak and offensive:  Her e-mail states that the four students “were not permitted to remain at the event.”  In truth, they were forced to leave, for no other reason than they were Jews who support Israel.

The report, and Brooklyn College’s response to it, is sending a wrong and harmful message to the entire campus community – that when it comes to offenses and injustices committed against Jewish and pro-Israel students at Brooklyn College, the wrongdoers  will get a pass and will not be held accountable.  We are certain that if African American or Hispanic students were targeted and victimized, Brooklyn College would ensure (rightly so) that the wrongdoers were appropriately disciplined.

Brooklyn College must do far more to remedy the harm it has helped to cause, not just to the four ousted Jewish students, but also to the rest of the Jewish campus community.  In addition to taking all appropriate steps to preventing such an anti-Semitic debacle from occurring ever again, the college must (1) publicly acknowledge all the wrongs that were committed and by whom, (2) publicly take responsibility for them, (3) publicly apologize to the four Jewish students by name and to the rest of the Jewish campus community, and (4) publicly commit to holding all the wrongdoers – including the SJP, administrators and other college employees – fully accountable for their misconduct.  Serious disciplinary action is appropriate and necessary.

Finally, we are troubled by how Brooklyn College is responding to the problems we have been raising about the hostile environment in the political science department for Jewish and pro-Israel students.   In two letters we sent to President Gould in February, we described the problems in detail, as reported to us by students.  We also suggested reasonable and doable solutions.

Attorney Pamela J. Pollack responded to both letters on behalf of President Gould.  Her response to the concerns we raised could not have been more dismissive and insulting.  She failed even to acknowledge that problems in the political science department exist.

The ZOA followed up with a letter to Ms. Pollack, reasonably requesting that she respond to us within one month.  It is now almost seven weeks since we wrote to Ms. Pollack, and neither she nor anyone else on behalf of Brooklyn College has even had the courtesy to reply.  The College’s indifference to the problems that Jewish and pro-Israel students have been facing in their political science classes exacerbates the hostility and marginalization that students are already experiencing on the campus.

We urge you to commit to addressing the problems we have now repeatedly raised, without further delay.  Once again, we offer our assistance in devising and implementing solutions that will restore Brooklyn College’s reputation as a school that is welcoming to Jewish and pro-Israel students.

cc:    Brooklyn College Board of Directors

Board of Trustees, Brooklyn College Foundation

Board of Directors, Zionist Organization of America

Board of Advisors, ZOA’s Center for Law and Justice

We would love to hear from you! Please fill out this form and we will get in touch with you shortly.
Trending Z
Uncategorized April 30, 2013
FLASH: ISRAEL-JORDAN PEACE TREATY (1994) GUARANTEES JEWS ACCESS TO THE TEMPLE MOUNT – LET MY PEOPLE PRAY
Uncategorized April 30, 2013
ZOA Analysis: Most American Rabbis Who Are Boycotting Some Israeli Ministers Are From Extremist Left Wing Groups (J Street; T’ruah; JVP)
Uncategorized April 30, 2013
Israel’s “Right of Return” Grandparent Clause is De-Judaizing the Jewish State – Eliminate It
Uncategorized April 30, 2013
Exclusive: ZOA Accuses Ilhan Omar of Hating the U.S. ‘as Much as Israel,’ Lauds Kevin McCarthy for ‘Throwing Her Off the HFAC’
Center for Law & Justice
We work to educate the American public and Congress about legal issues in order to advance the interests of Israel and the Jewish people.
We assist American victims of terrorism in vindicating their rights under the law, and seek to hold terrorists and sponsors of terrorism accountable for their actions.
We fight anti-Semitism and anti-Israel bias in the media and on college campuses.
We strive to enforce existing law and also to create new law in order to safeguard the rights of the Jewish people in the United States and Israel.
Our Mission
ZOA STATEMENT
The ZOA speaks out for Israel – in reports, newsletters, and other publications. In speeches in synagogues, churches, and community events, in high schools and colleges from coast to coast. In e-mail action alerts. In op-eds and letters to the editor. In radio and television appearances by ZOA leaders. Always on the front lines of pro-Israel activism, ZOA has made its mark.
Related Articles
OP-ED BY: Dave Kadosh The BDS Wave Rocks California Shores

On April 10th I found myself at one of the most important battles for Israel this year.  Far from the deserts of the Middle East, this battle was taking place in a sunny paradise in Isla Vista, California at the University of California Santa Barbara (UCSB).  In the place of rockets and suicide bombers, Israel’s […]