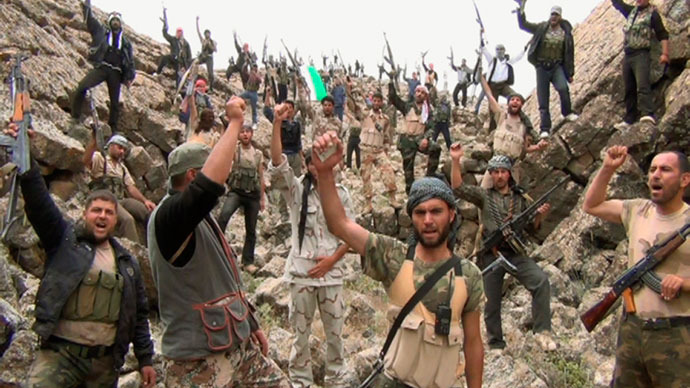 The Zionist Organization of America (ZOA)’s National President Morton A. Klein has released the following statement regarding Syria:

“The United States and the world is faced with a cruel dilemma in Syria, essentially a ‘Sophie’s choice.’ On one side, there is the evil Bashar Assad regime, whose brutality and murder in the current bloody and tragic Syrian civil war is conspicuously clear. On the other side, there are Sunni Islamist extremists, including the America- and West-hating Muslim Brotherhood, al-Qaeda and affiliated groups, whose brutality and murder is no less serious. (There are also genuine liberals and democratic elements fighting the Assad regime, but they are likely in the minority among the rebels).

“The Assad regime is a major ally and enabler of the Shia Islamist terror-promoting Iranian regime and the Lebanese Shia, Iranian-backed terrorist group, Hizballah. It has perpetrated massacres and used chemical weapons. However, the Sunni Islamists, should they topple the Assad regime, will also perpetrate massacres upon innocent civilians, as they have already been doing. They will also be violently hostile to America and its allies.

“This must call into question the wisdom of siding with the rebels, even though the Assad regime is presently murdering thousands. The inescapable truth is that both sides are monstrous, making it far from clear which side prevailing would both benefit and reduce the danger to the U.S. and its allies and best serve the cause of saving innocent lives.

“In these circumstances, full-scale military strikes on Syria will help topple the Assad regime, with all the terrible consequences that will flow from that. And military strikes that are too limited or short will achieve little, be merely symbolic and allow Assad to retain the potential to massacre hundreds of thousands in a short period of time. Limited strikes of this sort will also be an embarrassment to the U.S. and encourage Iran and the terrorist group Hizballah.

“However, military strikes aimed at destroying or rendering inoperative Syria’s vast stocks of biological and chemical weapons would serve an important purpose. While no one believes that it is possible to completely eliminate by military strikes all of Syria’s biological and chemical weapons, such strikes would weaken the long arm of a nuclear-obsessed Iran and Hizballah, while preventing the Syrian regime from carrying out further massacres with these weapons. Additionally, if America does little or nothing after its repeated threats, its credibility will be greatly harmed, so much so that Iran will no longer fear U.S. threats to relinquish its nuclear ambitions. This would give additional incentives for Iran to continue forward with is quest for nuclear weapons, with even less fear of U.S. military action.

“We favor any responsible efforts that can be made to save innocent civilians from the fighting and massacres committed by the Assad regime and the Sunni Islamist rebels alike.

“While it is true that the Assad regime has already murdered over 100,000 people without using chemical weapons, it is also true that chemical weapons have the potential to kill hundreds of thousands of people in a short time. In recent weeks, the Assad regime has used them to kill over a thousand people. Should they one day fall into rebel hands, they will not only be used to murder thousands in Syria, but can also be exported to terrorists that can hit the U.S., Israel and other U.S. allies.

“It is therefore important that U.S. military strikes be aimed at eliminating to the greatest possible extent Syrian chemical and biological weapons in order to prevent their present and future use. Any other sort of military intervention seems irresponsible and worthless.”

We would love to hear from you! Please fill out this form and we will get in touch with you shortly.
Trending Z
News September 10, 2013
ZOA Deplores that Pres. Trump Dined with Jew-Haters Kanye West & Nick Fuentes, and Demands he Condemn Them
News September 10, 2013
Newsweek Op-Ed by ZOA’s Mort Klein: ZOA Honoring Trump as the Greatest President Ever for Israel and American Jews
Uncategorized September 10, 2013
ZOA Honors Trump With Rarely Given Herzl Award for His Great Pro-Israel Work – Joins Ranks of Balfour, Truman, Begin, Meir, Ben-Gurion
Uncategorized September 10, 2013
Zionist Organization of America Honors Donald Trump for Support for Israel, Jewish Community
Center for Law & Justice
We work to educate the American public and Congress about legal issues in order to advance the interests of Israel and the Jewish people.
We assist American victims of terrorism in vindicating their rights under the law, and seek to hold terrorists and sponsors of terrorism accountable for their actions.
We fight anti-Semitism and anti-Israel bias in the media and on college campuses.
We strive to enforce existing law and also to create new law in order to safeguard the rights of the Jewish people in the United States and Israel.
Our Mission
ZOA STATEMENT
The ZOA speaks out for Israel – in reports, newsletters, and other publications. In speeches in synagogues, churches, and community events, in high schools and colleges from coast to coast. In e-mail action alerts. In op-eds and letters to the editor. In radio and television appearances by ZOA leaders. Always on the front lines of pro-Israel activism, ZOA has made its mark.
Related Articles
OP-ED Abbas’ P.A. Continues to Promote Anti-Semitic Protocols Of The Elders Of Zion