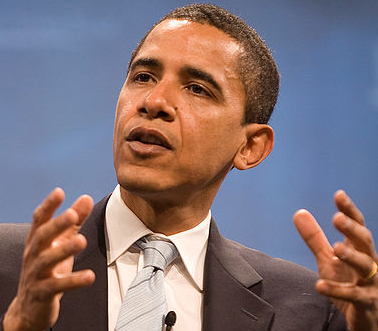 The Zionist Organization of America (ZOA) has criticized President Barack Obama’s address to the United Nations General Assembly, in which he argued falsely that the creation of a Palestinian state under the auspices of Mahmoud Abbas’ Palestinian Authority (PA) is “central” to Israel’s security and that developments in the Middle East, which is in the midst of violence, instability and turbulence not seen in decades, and would make the time “ripe” to work to bring about an Israeli/Palestinian peace treaty and the creation of a PA-led Palestinian state.

ZOA National Chairman of the Board Dr. Michael Goldblatt said, “The ZOA repudiates both propositions. Under prevailing conditions, a Palestinian state would:

“Furthermore, the idea that the time is “ripe” for international efforts to bring about an Israeli/Palestinian peace and a Palestinian state is absurd on its face. As we detail below, Palestinians don’t accept Israel as Jewish state, support murderous violence, including suicide terrorism, against Israelis; do not accept the idea of a permanent peace with Israel; glorify terrorists and incite their society and especially children to hate and fight Israel.

“If a Palestinian Arab state was to be established next door to the U.S. in the near-certainty that it would be a corrupt, terror-promoting state which would also be beggar state, dependent on an infusion of billions of dollars, would Americans agree to this? Of course not –– yet that is the idea that President Obama is trying to foist on Israel. Under these conditions, anyone with a shred of realism and concern for Israel’s well-being should oppose his call for a Palestinian state.”

“Whatever else it is, the idea that a Palestinian state is “central” to Israeli peace and security is a mirage and an absurdity. (A detailed ZOA analysis of the decisive objections to creating a Palestinian state under prevailing conditions can be read here).”

Numerous Palestinian polls over the years –– including one in recent weeks by Pew Research –– show majority Palestinian support for suicide terrorism against Israelis.

Below are excerpts from President Obama’s remarks, followed by the ZOA’s analysis and commentary:

“I believe there’s a growing recognition within Israel that the occupation of the West Bank is tearing at the democratic fabric of the Jewish state … I had the opportunity to meet with young Palestinians in Ramallah whose ambition and incredible potential are matched by the pain they feel in having no firm place in the community of nations. They are understandably cynical that real progress will ever be made, and they’re frustrated by their families enduring the daily indignity of occupation. But they, too, recognize that two states is the only real path to peace — because just as the Palestinian people must not be displaced, the state of Israel is here to stay. So the time is now ripe for the entire international community to get behind the pursuit of peace” [ZOA: The idea that Israelis currently favor creating a Palestinian state, or believe that doing so would bring peace with the Palestinians is false. No less false is the notion that Palestinians seek merely statehood alongside Israel or that “the time is now ripe” for peace-making. Successive Israeli polls in recent years have shown that Israelis do not favor further concessions to the PA, nor do they believe such concessions, or even a peace treaty with the PA, would produce peace with the Palestinians. Palestinians violently oppose Israel’s existence as a Jewish state. Numerous Palestinian polls over the years –– including one in recent weeks by Pew Research –– show majority Palestinian support for suicide terrorism against Israelis. Fatah, co-founded by arch-terrorist Yasser Arafat and current PA president Mahmoud Abbas, is a terrorist movement whose unchanged Constitution calls for the “demolition” of Israel; the use of terrorism as an indispensable part in the strategy to obtain that goal; condemns Zionism as racist; calls on countries to prevent Jews from moving to Israel; and opposes any political solution whatsoever. Fatah’s armed wing, the Al-Aqsa Martyrs Brigade, is on the U.S. list of terrorist organization. PA media, mosques, school curricula and official speeches produce vast amounts of incitement to hatred and murder, glorification of terrorists and terrorism and rejection of Israel’s right to exist as a Jewish state. PA salaried clerics have incited mass-murder by declaring that “Jews are a virus resembling AIDS” and labeling Jews as “the enemies of Allah and of His Messenger … Enemies of humanity in general … The Prophet says: ‘You shall fight the Jews and kill them’…” If a Palestinian Arab state were to be established next door to the U.S. in the near-certainty that it would be a corrupt, terror-promoting state which would also be beggar state, dependent on an infusion of billions of dollars, would Americans agree to this? Of course not –– yet that is the idea that President Obama is trying to foist on Israel.]

We would love to hear from you! Please fill out this form and we will get in touch with you shortly.
Trending Z
Uncategorized October 1, 2013
ZOA Analysis: Most American Rabbis Who Are Boycotting Some Israeli Ministers Are From Extremist Left Wing Groups (J Street; T’ruah; JVP)
Uncategorized October 1, 2013
ZOA: Israel’s Reasonable Judicial Reform Proposals Are Good for Democracy, the Rule of Law and the Economy
News October 1, 2013
ZOA is Disappointed, Offended and Frightened by 211 U.S. House Votes Supporting Jew-Hating, Israel-Hating Rep. Ilhan Omar
Uncategorized October 1, 2013
Israel’s “Right of Return” Grandparent Clause is De-Judaizing the Jewish State – Eliminate It
Center for Law & Justice
We work to educate the American public and Congress about legal issues in order to advance the interests of Israel and the Jewish people.
We assist American victims of terrorism in vindicating their rights under the law, and seek to hold terrorists and sponsors of terrorism accountable for their actions.
We fight anti-Semitism and anti-Israel bias in the media and on college campuses.
We strive to enforce existing law and also to create new law in order to safeguard the rights of the Jewish people in the United States and Israel.
Our Mission
ZOA STATEMENT
The ZOA speaks out for Israel – in reports, newsletters, and other publications. In speeches in synagogues, churches, and community events, in high schools and colleges from coast to coast. In e-mail action alerts. In op-eds and letters to the editor. In radio and television appearances by ZOA leaders. Always on the front lines of pro-Israel activism, ZOA has made its mark.
Related Articles
OP-ED ZOA Criticizes Obama For Supplying F-16s to Egypt’s Anti-Semitic Morsi & His Extremist Islamist Regime