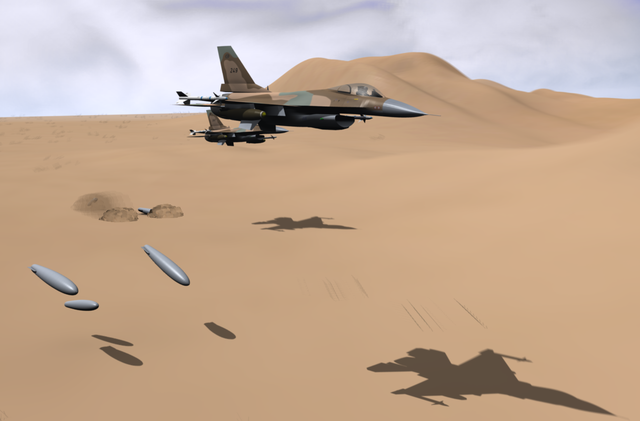 The interim nuclear agreement between the P5+1 (Britain, China, France, Russia, the United States as well as Germany) and Iran is a disaster. President Obama has said that this deal dramatically reduces the likelihood of war. Ironically, it increases it. It certainly dramatically increases the likelihood that Iran will develop nuclear weapons.

The Geneva interim agreement permits Iran to retain intact all the essential elements of its nuclear weapons program:

The interim agreement also grants Iran substantial sanctions relief totaling some $20 billion; not the $6-7 billion originally forecast by the Administration.

This is a regime whose leadership has stated frequently that it intends to destroy Israel. (The notion that this is a fallacy stemming from repeated mistranslations has been debunked by an authoritative study by the Jerusalem Center of Public Affairs). Indeed, during the Geneva negotiations, Ayatollah Ali Khamenei, speaking before a mass rally in which militiamen were chanting ‘Death to America,’ obscenely declared that “Zionist officials cannot be called humans …The Israeli regime is doomed to failure and annihilation.”

Worse, Tehran probably cannot be deterred from using nuclear weapons, because, as the doyen of scholars of Islam, Emeritus Professor of Near Eastern Studies at Princeton Bernard Lewis, noted years ago, “MAD, mutual assured destruction … will not work with a religious fanatic. For him, mutual assured destruction is not a deterrent, it is an inducement.” Indeed, the Islamic Republic’s founder, Ayatollah Khomeini, did declare, “We do not worship Iran, we worship Allah … I say, let this land [Iran] go up in smoke, provided Islam emerges triumphant in the rest of the world.” Destroying Israel is central to its vision of Islamic triumph.

What could have been done? Continuing and increasing sanctions alone might have induced Tehran to abandon its nuclear program. Intent on obtaining nuclear weapons and becoming a regional superpower, Tehran might have yielded nonetheless on the nuclear issue if the preservation of the regime –– and thus its ability to advance the radical Shia Islamist cause that animates it ––was endangered. We cannot be certain, but Tehran’s yielding, rather than risking a run to the bomb, was a possibility.

However, now that sanctions have been relaxed, Tehran will refuse to sign them away. When that happens, contrary to President Obama contention that the deal leaves us ‘no worse off,’ we will find that the tough sanctions that we abandoned in Geneva cannot be reinstated, let alone strengthened.

In other words, at best, we have lost a year –– if not two or three –– to bring the regime around to the hard choice of abandoning its nuclear weapons program. Given Iran’s ability to become a ‘break-out’ nuclear power in a matter of mere months, we no longer have a year to spare.

Perhaps a credible threat of U.S. military action even now might suffice: the only time Iran halted its nuclear program was during 2003-5, when the U.S.-led coalition dismantled Saddam Hussein’s regime. (Recall this was also the time that Libya voluntarily relinquished its nuclear program). Clearly demonstrated U.S. willingness to use force produced results.

It will be extremely hard now for President Obama to credibly threaten military action: if he failed to honor his red line and take military action when Syria actually murdered thousands with chemical weapons, Iran is unlikely to take seriously any red line he might lay down now on building nuclear weapons. Yet he should do so without delay. But even if he does, there is now probably no way Iran can be prevented from going nuclear, except through military action.

We would love to hear from you! Please fill out this form and we will get in touch with you shortly.
Trending Z
Uncategorized December 17, 2013
FLASH: ISRAEL-JORDAN PEACE TREATY (1994) GUARANTEES JEWS ACCESS TO THE TEMPLE MOUNT – LET MY PEOPLE PRAY
Uncategorized December 17, 2013
ZOA Analysis: Most American Rabbis Who Are Boycotting Some Israeli Ministers Are From Extremist Left Wing Groups (J Street; T’ruah; JVP)
Uncategorized December 17, 2013
Israel’s “Right of Return” Grandparent Clause is De-Judaizing the Jewish State – Eliminate It
Uncategorized December 17, 2013
Exclusive: ZOA Accuses Ilhan Omar of Hating the U.S. ‘as Much as Israel,’ Lauds Kevin McCarthy for ‘Throwing Her Off the HFAC’
Center for Law & Justice
We work to educate the American public and Congress about legal issues in order to advance the interests of Israel and the Jewish people.
We assist American victims of terrorism in vindicating their rights under the law, and seek to hold terrorists and sponsors of terrorism accountable for their actions.
We fight anti-Semitism and anti-Israel bias in the media and on college campuses.
We strive to enforce existing law and also to create new law in order to safeguard the rights of the Jewish people in the United States and Israel.
Our Mission
ZOA STATEMENT
The ZOA speaks out for Israel – in reports, newsletters, and other publications. In speeches in synagogues, churches, and community events, in high schools and colleges from coast to coast. In e-mail action alerts. In op-eds and letters to the editor. In radio and television appearances by ZOA leaders. Always on the front lines of pro-Israel activism, ZOA has made its mark.
Related Articles
OP-ED BY: Morton A. Klein, ZOA Jerusalem is Holy to Jews, Not to Muslims