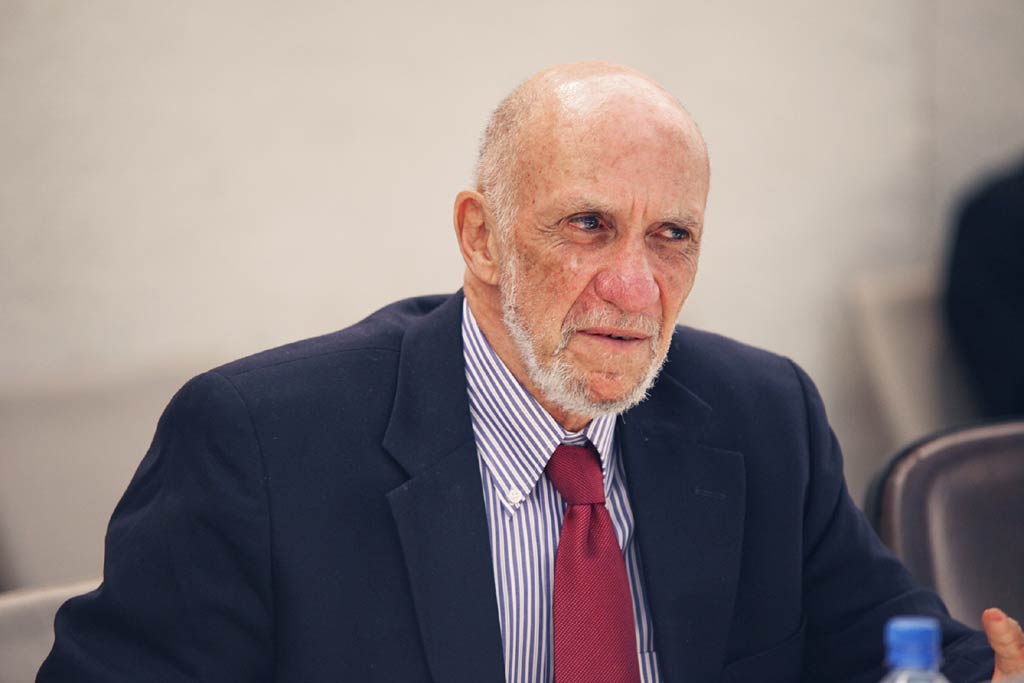 The Zionist Organization of America (ZOA) has condemned Richard Falk, the Special Rapporteur on the Palestinian Territories of the United Nations Human Rights Council, who said regarding Israel’s conduct towards the  Palestinian Arabs in a Russia Today interview that “when you target an ethnic group and inflict this kind of punishment, you are in effect nurturing a kind of criminal intention that is genocidal.” Falk made this statement when answering a question over a 2007 statement he had made that Israel and its allies were “slouching toward a Palestinian Holocaust.” The ZOA has called for the U.S. to call upon the U.N. to fire Falk from his post.

Falk’s vicious statement impelled the Canadian Foreign Minister, John Baird, to say that Canada “completely rejects and condemns” Falk’s “appalling” remarks and to call for Falk’s immediate removal from his UN post. Canada has previously called for Falk to be fired “for his numerous outrageous and anti-Semitic statements,” Baird said, “and these [latest] comments underscore once more the complete and total absurdity of his service as a UN Special Rapporteur” (‘Canada wants UN official ousted over ‘Palestinian holocaust’ comment,’ Times of Israel, December 20, 2013).

Following the Canadian condemnation, the U.S. State Department Spokeswoman Jen Psaki said, “We condemn and completely reject Richard Falk’s latest outrageous statements made during an interview with Russia Today. The Administration has repeatedly condemned in the strongest terms his despicable and deeply offensive comments, particularly his anti-Semitic blog postings, his endorsement of 9/11 conspiracy theories, and more recently, his deplorable statements with regard to the terrorist attacks in Boston. His most recent remarks, however, represent a new low. We do not support his mandate or his work, which has been one-sided and biased, nor do we believe he should continue to serve as independent UN rapporteur, and we reiterate our calls for him to step down from this role” (Jen Psaki, Spokesperson, State Department, Daily Press Briefing, Washington, DC, December 20, 2013). The U.S. did not, however, did not repeat or endorse Canada’s call for Falk to be fired.

“…We are disappointed that it did not reiterate and support Canada’a call for the UN Human Rights Council to fire Falk.”

ZOA National President Morton A. Klein said, “Richard Falk is a veteran Israel-basher and conspiracy theorist who believes, among other things, that 9/11 was an inside job by the Americans. He has excused terrorist acts within the U.S. if they were committed on behalf of causes he approved, like supporting communist North Vietnam. He has participated in a previous UN fact-finding mission which claimed that suicide bombing is a valid form of warfare that can be used against Israel. Such a man is beyond the pale and while that may explain why the UN has made repeated use of him, it indicates why his testimony must be condemned

“Nothing better exemplifies the perversion of legal norms in favor of indicting Israel than Falk’s claim that Israeli Jews merely moving into houses in close proximity to Arabs, or Jews claiming property found in law courts to be their property, represents ethnic cleansing.

“This obsessive Israel-basher and supporter of the Palestinian cause of Israel’s elimination has now chosen to accuse Israel of genocide –– an obscene cheapening of an important term used to describe the deliberate destruction of a people.

“We are pleased that the Obama Administration appropriately condemned Falk’s latest utterance, but we are disappointed that it did not reiterate and support Canada’a call for the UN Human Rights Council to fire Falk. It should do so without delay. Such a statement would have far more force and exert far more due pressure on the UN than merely saying that Falk should step down.”

We would love to hear from you! Please fill out this form and we will get in touch with you shortly.
Trending Z
News December 24, 2013
New Biden Nominees Opposed Abraham Accords & Involved in Israeli Election Interference
Uncategorized December 24, 2013
ZOA Letter to DOJ & FBI on New “Mapping Project” Antisemitic Threat by ZOA Pres. Morton Klein, Dir. of Research/Special Projects Liz Berney, Esq., Dir. Center for Law & Justice Susan Tuchman, Esq.
News December 24, 2013
ZOA’s Condemnation of Black Lives Matter Defended by JNS’ Tobin: Jews Supporting BLM Empowered Antisemitism
Op-Ed December 24, 2013
ZOA’s Mort Klein JPost Op-Ed: BDS Mapping Project Targets Every Jew, Including Left Wing, Israelophobic Jews
Center for Law & Justice
We work to educate the American public and Congress about legal issues in order to advance the interests of Israel and the Jewish people.
We assist American victims of terrorism in vindicating their rights under the law, and seek to hold terrorists and sponsors of terrorism accountable for their actions.
We fight anti-Semitism and anti-Israel bias in the media and on college campuses.
We strive to enforce existing law and also to create new law in order to safeguard the rights of the Jewish people in the United States and Israel.
Our Mission
ZOA STATEMENT
The ZOA speaks out for Israel – in reports, newsletters, and other publications. In speeches in synagogues, churches, and community events, in high schools and colleges from coast to coast. In e-mail action alerts. In op-eds and letters to the editor. In radio and television appearances by ZOA leaders. Always on the front lines of pro-Israel activism, ZOA has made its mark.
Related Articles
OP-ED CIA Nominee Brennan Dismisses Radical Islam, Calls J’lem Al-Quds, Whitewashes Hizballah