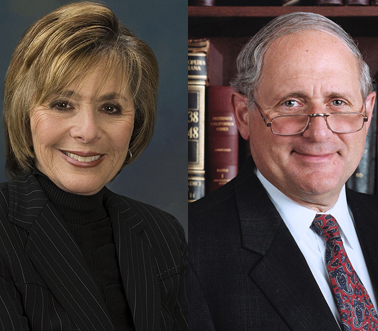 ZOA criticized the December 18 Op-Ed in Politico authored by US Senators  Barbara Boxer (D-CA) and Carl Levin (D-MI) for being wrong about one of the most important elements in the Interim Nuclear deal between Iran and the “P5+1.”  They state in their piece:

“Under this initial agreement, at the end of six months Iran will have […] no additional 3.5 percent low-enriched uranium in its stockpile[.]”

In fact though, the deal allows Iran to add to its stockpile of enriched Uranium-235, the isotope needed for nuclear weapons, throughout the period of the interim agreement.  During the six-month period, all of Iran’s more than 18,000 centrifuges will continue to operate and enrich their uranium stockpile to a purity of up to 5% U-235. This first step in the enrichment cascade is the most laborious, and Iran will be allowed to maintain their full effort during the interim period (See the text of the interim agreement: http://www.reuters.com/article/2013/11/24/us-iran-nuclear-agreement-text-idUSBRE9AN0BQ20131124)

ZOA Co-Director of Government Relations Dan Pollak said, “It is surprising that senior members of the Senate are misinformed about such a fundamental aspect of the Iran agreement.  Because of the fact that the centrifuges continue to spin during the deal, Iran continues to become more of a danger every single day.  Compounding that reality is the additional fact that the six-month time frame of the deal, reached on November 24, has not yet commenced, and there is no agreement about when the deal will begin.  In addition, the deal is extendable by ‘mutual agreement.’   This brings up another problem in the same op-ed:  The Senators state:  ‘Just a month ago, each passing day brought Iran closer to a nuclear weapons capability, ‘implying that the deal will stop Iran’s progress towards a nuclear weapon. It will not.  Even now, each passing day continues to bring Iran closer to a nuclear weapons capability, and that will continue to be the case once the deal is implemented.

“A related misconception about the agreement is the technical matter of the ‘oxidation’ of some of their existing stockpile of enriched uranium.  Under the deal, it is true that half their existing uranium enriched to 20% will be oxidized.  Supporters of the deal claim that this oxidation process will make the uranium useless, but this is not the case.  According to Olli Heinonen, former deputy director-general for safeguards at the IAEA, the uranium oxide can be returned to gas form with a straightforward process in a matter of weeks.  The deal also vaguely requires Iran to oxidize newly enriched uranium enriched to the 5% level at some undetermined time in the future, but the ability to reverse this step makes it meaningless as well.

“The two Senators are also very careful in stating that Iran is allowed ‘no use of advanced centrifuges.’  Never the less, Iran’s research efforts to design new and more powerful centrifuges have been accelerated since the deal was negotiated. There is no way to know if any of these new and superior  centrifuges have been deployed at a secret site, since there are many Iranian bases that the deal does not allow access to. Aerial photos have led many to be suspicious that a new building at a possibly  secret Iranian research facility at Parchin could be related to the nuclear weapons program, but no inspectors are permitted there under the interim agreement.  There are other suspicious sites in Iran that no inspectors will be visiting.

“Without new pressures on Iran via strongly increased sanctions and the credible threat of military action, nothing in this interim agreement will lead to Iran dismantling their nuclear program,” ZOA National President Morton A. Klein said, “ZOA cannot agree with these Senators that the administration’s policy is leading to a deal that will solve the problem of Iran’s quest for a nuclear weapon.  Their misunderstanding of the basic terms of the deal is troubling as well.  A genuine deal would not only have included dismantling the essential elements  Iran’s nuclear weapons program, but would have also included a formal Iranian retraction of an intention to destroy Israel, something Iranian leaders have stated for years and years, and repeatedly, even as the current negotiations were in progress.  This has been documented in an exhaustive study by the Jerusalem Center of Public Affairs.

“This deal is eerily similar to the Munich deal of 1938, where the whole world knew about Nazi Germany’s persecution of the Jews, but concessions were made to the Nazis without demanding an end to the persecution of the Jews as part of the deal.  Now the whole world knows the Iranians are repeatedly threatening to destroy the Jewish State of Israel, and that a nuclear weapons capability is a step towards that goal, but America and the world did not require an end to the genocidal threats as part of this deal.

“A proper nuclear deal with Iran would have also involved full and faithful consultation by the Obama Administration with Israel, given the magnitude of the issue and the existential risk posed to Israel. Israel, America’s closest ally, was not consulted and thus denied input into the contours of the interim deal in Geneva. Instead, the Obama Administration kept Israel in the dark.

“Any deal reached with Iran should have required stopping work on intercontinental ballistic missiles (ICBMs) which are capable of carrying a nuclear warhead.  As things stand, they are expected to be able to target the US with ICBMs in 2015. A deal should require Iran to stop funding terrorist groups throughout the world, including Hezbollah and Hamas and anti-regime groups in Afghanistan. Iran should have been required to withdraw the soldiers it has fighting inside Syria for the barbaric Assad regime.  It should be required to close the terrorist cells it has established in Central and South America.

“Unfortunately, due to the mishandling of Iran at every step of the relationship, it is now clear that only the serious threat of military force has a chance of changing the trajectory that Iran has charted towards the military nuclear capability.

“We strongly urge President Obama to make it crystal clear that the military option is now front and center, not something he will merely consider. He must be ready to use force if Iran refuses to relinquish its nuclear weapons program and to support Israel if it decides it is obliged to take military action in defense of its security and existence.”

We would love to hear from you! Please fill out this form and we will get in touch with you shortly.
Trending Z
News December 30, 2013
ZOA Condemns U.S. State Dept. & U.S. Amb. Nides For Siding with Antisemitic, Discriminatory Palestinian & Hamas Terrorists re: the Temple Mount, Violating Jews’ Religious Freedom
News December 30, 2013
ZOA’s Klein JPost Op-Ed: There is Nothing Extreme About Israel’s New Government
Uncategorized December 30, 2013
FLASH: ISRAEL-JORDAN PEACE TREATY (1994) GUARANTEES JEWS ACCESS TO THE TEMPLE MOUNT – LET MY PEOPLE PRAY
Uncategorized December 30, 2013
ZOA Analysis: Most American Rabbis Who Are Boycotting Some Israeli Ministers Are From Extremist Left Wing Groups (J Street; T’ruah; JVP)
Center for Law & Justice
We work to educate the American public and Congress about legal issues in order to advance the interests of Israel and the Jewish people.
We assist American victims of terrorism in vindicating their rights under the law, and seek to hold terrorists and sponsors of terrorism accountable for their actions.
We fight anti-Semitism and anti-Israel bias in the media and on college campuses.
We strive to enforce existing law and also to create new law in order to safeguard the rights of the Jewish people in the United States and Israel.
Our Mission
ZOA STATEMENT
The ZOA speaks out for Israel – in reports, newsletters, and other publications. In speeches in synagogues, churches, and community events, in high schools and colleges from coast to coast. In e-mail action alerts. In op-eds and letters to the editor. In radio and television appearances by ZOA leaders. Always on the front lines of pro-Israel activism, ZOA has made its mark.
Related Articles
OP-ED ZOA: Natl. Jewish Democratic Council Should Oppose Hagel Nomination As It Did In 2009