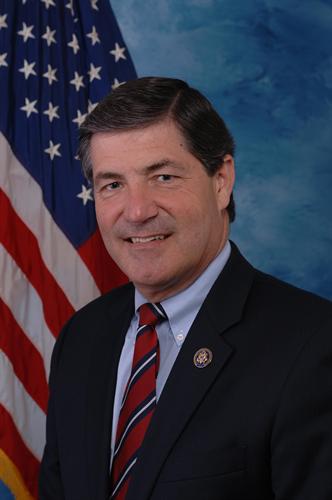 The Zionist Organization of America (ZOA) has opposed and criticized President Barack Obama’s decision to increase aid to Mahmoud Abbas’ Fatah/Palestinian Authority, which continues to incite Palestinians to hatred and murder of Jews, honors terrorists living and dead and pays them and their families salaries and stipends from funds provided by, among other countries, the United States. President Obama has increased U.S. aid to the PA from $426 million in 2013 to $440 million for 2014. The ZOA has praised Congressman Jim Gerlach (R-PA) for publicly urging Secretary of State John Kerry to discontinue U.S. aid to the PA as long as the PA continues to pay salaries and stipends to convicted Palestinian terrorists and their families.

Congressman Gerlach wrote in the following terms this week to Secretary Kerry: “Recent news reports have indicated that the PA has provided monetary payments or salaries to individuals convicted of committing acts of terrorism, including those recently released as part of the ongoing Israeli-Palestinian peace talks. According to such reports, these salaries or stipends are provided by the PA to convicted terrorists … What is the U.S. Department of State doing specifically to immediately halt any U.S. taxpayer dollars going to the PA until this program is stopped? U.S. foreign aid … must not be used by the PA directly or indirectly to compensate convicted terrorists and/or their families … I look forward to your swift response” (Cong. Gerlach letter to Secretary Kerry, ‘Member of US Congress calls to cut off aid to PA,’ Palestinian Media watch (PMW) bulletin, December 31, 2013).

U.S. aid to the PA will only enhance the ability of terrorist groups to wage their terror war against Israel

ZOA National President Morton A. Klein said, “The ZOA strongly opposes U.S. aid to the PA as long as the PA remains a terrorist-promoting regime that incites its population to hatred and murder of Israelis and refuses to accept Israel as a Jewish state.

“We particularly deplore the increase in aid for the Fatah/PA, all the more so that it has recently honored and glorified terrorists, paid salaries to convicted terrorists freed by Israel, threatened to kidnap Israeli soldiers in order to extort the release of jailed Palestinian terrorists and broadcast on official PA television a program in which Jews are obscenely described as ‘rats’ and ‘crows.’

“We commend Congressman Gerlach for forthrightly urging the Obama Administration to discontinue U.S. funding to the PA until and unless it cease paying salaries and stipends to terrorists and their families. We urge all Members of Congress to follow his example.

“U.S. aid to the PA will only to enhance the ability of terrorist groups to wage their terror war against Israel and thus prolong the conflict that President Obama says he is keen to solve.

“Even if it could be demonstrated that U.S. aid would not to be reaching terror groups, such aid is fungible. It also frees up other PA funds for terrorist uses.

“In such circumstances, America is not obliged to give aid and, furthermore, is violating its own commitment not to fund terror groups.

“We are deeply critical of this decision to fund and indeed increase aid to the PA and we urge the Obama Administration to rescind it.”

We would love to hear from you! Please fill out this form and we will get in touch with you shortly.
Trending Z
News January 8, 2014
ZOA Condemns U.S. State Dept. & U.S. Amb. Nides For Siding with Antisemitic, Discriminatory Palestinian & Hamas Terrorists re: the Temple Mount, Violating Jews’ Religious Freedom
Uncategorized January 8, 2014
FLASH: ISRAEL-JORDAN PEACE TREATY (1994) GUARANTEES JEWS ACCESS TO THE TEMPLE MOUNT – LET MY PEOPLE PRAY
Uncategorized January 8, 2014
ZOA Analysis: Most American Rabbis Who Are Boycotting Some Israeli Ministers Are From Extremist Left Wing Groups (J Street; T’ruah; JVP)
Uncategorized January 8, 2014
Israel’s “Right of Return” Grandparent Clause is De-Judaizing the Jewish State – Eliminate It
Center for Law & Justice
We work to educate the American public and Congress about legal issues in order to advance the interests of Israel and the Jewish people.
We assist American victims of terrorism in vindicating their rights under the law, and seek to hold terrorists and sponsors of terrorism accountable for their actions.
We fight anti-Semitism and anti-Israel bias in the media and on college campuses.
We strive to enforce existing law and also to create new law in order to safeguard the rights of the Jewish people in the United States and Israel.
Our Mission
ZOA STATEMENT
The ZOA speaks out for Israel – in reports, newsletters, and other publications. In speeches in synagogues, churches, and community events, in high schools and colleges from coast to coast. In e-mail action alerts. In op-eds and letters to the editor. In radio and television appearances by ZOA leaders. Always on the front lines of pro-Israel activism, ZOA has made its mark.
Related Articles
OP-ED BY: Morton A. Klein, ZOA Jerusalem is Holy to Jews, Not to Muslims