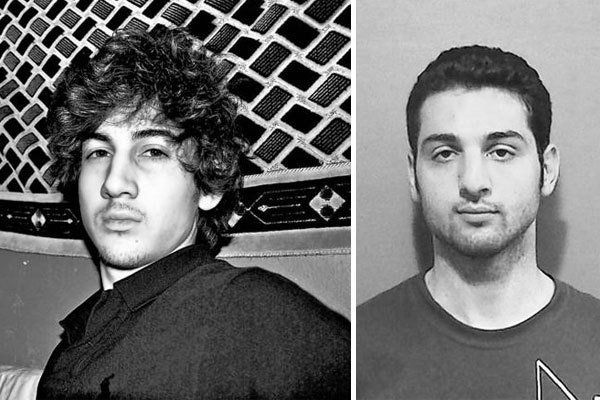 The Zionist Organization of America (ZOA) is strongly critical of President Barack Obama’s decision to issue an executive order permitting immigrants to the United States who have provided “limited material support” to terrorists who are believed to pose a threat to the U.S. The ZOA believes that weakening a major and obvious legal precaution against inadvertently importing into America extremists who have provided any support to anti-American terrorist groups is mistake so obvious, glaring and dangerous as to require little explanation.

The Department of Homeland Security (DHS) and the State Department published the new exemptions last Wednesday in the Federal Register to narrow a ban in the Immigration and Nationality Act excluding refugees and asylum seekers who had provided limited material support, no matter how minor, to terrorists.

“If these new exemptions are ‘commonsense,’ why didn’t President Obama take these proposed changes to the Congress?”

A former State Department official and current director of policy studies for the Center for Immigration Studies, Jessica Vaughan, has questioned the legitimacy of the Obama Administration unilaterally altering the law passed by the U.S. Congress, saying, “[T]here is a very legitimate question as to whether the administration actually has the authority to change the law in this way … It seems to me that they are announcing that they will be disregarding yet another law written by Congress that they don’t like and are replacing it with their own guidelines, which in this case appear to be extremely broad and vague, and which are sure to be exploited by those seeking to game our generous refugee admissions program … If the recent past is any guide, those evaluating these cases will be ordered to ignore red flags in the applications, especially if the applicant is supported by one of the many advocacy groups that have the ear of senior DHS staff …  This is how we end up with families like the Tsarnaev brothers [the Boston marathon bombers], who were originally admitted for political asylum” (Caroline May, ‘Obama admin unilaterally changes law to allow immigrants with ‘limited’ terror contact into US,’ Daily Caller, February 5, 2014).

ZOA has released the following statement:

“A DHS official has said that these new exemptions are ‘commonsense’ and only apply on a case-by-case basis after careful check and review. This is unconvincing. If a radical Muslim refugee, for example, who once helped a terrorist group in a minor way –– say, gave a small donation to a Sunni terrorist group in Syria or distributed some pamphlets for such a group, why is it reasonable to let such a person to come to our shores? Isn’t is entirely possible that such an ideologically extreme person would make an ideal member of an Islamist terrorist cell in the U.S.?

“In his State of the Union address, President Obama said, ‘if Congress won’t act soon to protect future generations, I will. I will direct my Cabinet to come up with executive actions we can take, now and in the future, to reduce pollution, prepare our communities for the consequences of climate change, and speed the transition to more sustainable sources of energy.’ Whether this is legitimate of not, President Obama foreshadowed that his executive orders would be focused on the environment and jobs. Now, in the first such order we know about, we find he is bypassing the Congress on a matter of national security, during a period of increasing danger from radical Islamist terrorists.

“Especially at a time of Middle East turmoil and proliferating Islamist terrorist groups in the region, do the American people really want President Obama to make it easier for people with even a limited connection with such groups to enter the United States?”

“We should err on the side of caution and the protection of the American people, not dangerous permissiveness and unwise flexibility when it comes national security.”

We would love to hear from you! Please fill out this form and we will get in touch with you shortly.
Trending Z
News February 11, 2014
ZOA Condemns U.S. State Dept. & U.S. Amb. Nides For Siding with Antisemitic, Discriminatory Palestinian & Hamas Terrorists re: the Temple Mount, Violating Jews’ Religious Freedom
News February 11, 2014
ZOA’s Klein JPost Op-Ed: There is Nothing Extreme About Israel’s New Government
Uncategorized February 11, 2014
FLASH: ISRAEL-JORDAN PEACE TREATY (1994) GUARANTEES JEWS ACCESS TO THE TEMPLE MOUNT – LET MY PEOPLE PRAY
Uncategorized February 11, 2014
ZOA Analysis: Most American Rabbis Who Are Boycotting Some Israeli Ministers Are From Extremist Left Wing Groups (J Street; T’ruah; JVP)
Center for Law & Justice
We work to educate the American public and Congress about legal issues in order to advance the interests of Israel and the Jewish people.
We assist American victims of terrorism in vindicating their rights under the law, and seek to hold terrorists and sponsors of terrorism accountable for their actions.
We fight anti-Semitism and anti-Israel bias in the media and on college campuses.
We strive to enforce existing law and also to create new law in order to safeguard the rights of the Jewish people in the United States and Israel.
Our Mission
ZOA STATEMENT
The ZOA speaks out for Israel – in reports, newsletters, and other publications. In speeches in synagogues, churches, and community events, in high schools and colleges from coast to coast. In e-mail action alerts. In op-eds and letters to the editor. In radio and television appearances by ZOA leaders. Always on the front lines of pro-Israel activism, ZOA has made its mark.
Related Articles
OP-ED CIA Nominee Brennan Dismisses Radical Islam, Calls J’lem Al-Quds, Whitewashes Hizballah