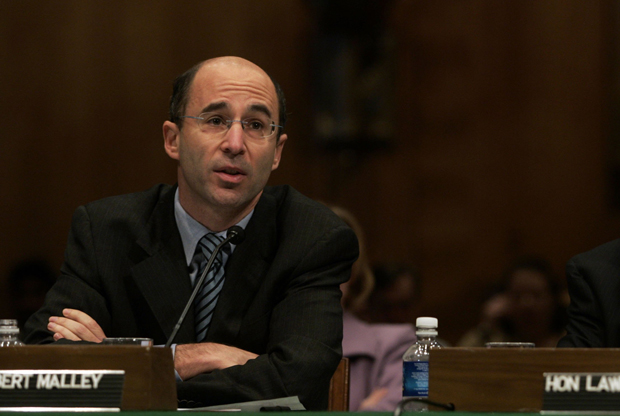 The ZOA has expressed concern at the news that President Barack Obama is appointing Robert Malley, a former U.S. diplomat, an Israel-basher, advocate of U.S. recognition of major, unreconstructed terrorist groups Hamas and Hizballah, and proponent of containment of Iran (i.e., not preventing them from attaining nuclear weapons) as senior director at the National Security Council in charge of managing relations between the U.S. and its Persian Gulf allies.

Robert Malley has been a harsh critic of Israel for decades who was attacking Israel during his college years at Yale, when wrote anti-Israel articles in the Yale student newspaper. The ZOA has called upon President Obama to rescind the appointment.

ZOA National President Morton A. Klein said, “As we stated in July last year when rumors first surfaced that Robert Malley might be appointed to a senior position in President Obama’s foreign policy team, we are deeply concerned about Malley’s record of hostility to Israel, enthusiasm for engaging vicious, unreconstructed terrorist groups like Hamas and unreconstructed terrorist-sponsoring Islamist regimes like Iran.

“The ZOA views Robert Malley’s appointment as senior director at the National Security Council with responsibility for U.S./Persian Gulf relations as merely underscoring the deeply worrying policies this Administration is pursuing towards Iran.

“…in 2008, then-Senator Obama said clearly that he did not agree with Robert Malley’s support for recognizing Hamas…”

“President Obama has said repeatedly that he will not allow Iran to develop nuclear weapons, yet he has in the past diluted and delayed passage of U.S. sanctions, supported UN sanctions containing numerous exemptions for major Iranian allies and trading partners, and recently signed the Geneva interim agreement, which permits Iran to retain all vital the elements of its nuclear weapons program. Now, he wishes to appoint Robert Malley, with responsibility for the Persian Gulf, someone who openly opposed measures intended to stop Iran going nuclear and who explicitly favored a policy of containment.

“It is deeply worrying that President Obama has apparently no compunction at appointing to a position of such responsibility someone with whom, on major aspects of Middle East policy, he has publicly disagreed. When running for president in 2008, then-Senator Obama said clearly that he did not agree with Robert Malley’s support for recognizing Hamas without Hamas making substantive changes to its platform and behavior.

“Now, when President Obama is beyond electoral recall, he intends to appoint Malley, which suggests that his 2008 words of disagreement with Malley had no basis in fact and were merely a smokescreen to conceal the President’s general agreement with views of Malley, with whom he was apparently a close friend at Harvard Law School.

“If President Obama genuinely means what he says about not permitting Iran to become a nuclear power, we urge him to act on the inherent logic of this position by rescinding the appointment of Robert Malley.”

We would love to hear from you! Please fill out this form and we will get in touch with you shortly.
Trending Z
Uncategorized February 24, 2014
ZOA Analysis: Most American Rabbis Who Are Boycotting Some Israeli Ministers Are From Extremist Left Wing Groups (J Street; T’ruah; JVP)
Uncategorized February 24, 2014
ZOA: Israel’s Reasonable Judicial Reform Proposals Are Good for Democracy, the Rule of Law and the Economy
News February 24, 2014
ZOA is Disappointed, Offended and Frightened by 211 U.S. House Votes Supporting Jew-Hating, Israel-Hating Rep. Ilhan Omar
Uncategorized February 24, 2014
Israel’s “Right of Return” Grandparent Clause is De-Judaizing the Jewish State – Eliminate It
Center for Law & Justice
We work to educate the American public and Congress about legal issues in order to advance the interests of Israel and the Jewish people.
We assist American victims of terrorism in vindicating their rights under the law, and seek to hold terrorists and sponsors of terrorism accountable for their actions.
We fight anti-Semitism and anti-Israel bias in the media and on college campuses.
We strive to enforce existing law and also to create new law in order to safeguard the rights of the Jewish people in the United States and Israel.
Our Mission
ZOA STATEMENT
The ZOA speaks out for Israel – in reports, newsletters, and other publications. In speeches in synagogues, churches, and community events, in high schools and colleges from coast to coast. In e-mail action alerts. In op-eds and letters to the editor. In radio and television appearances by ZOA leaders. Always on the front lines of pro-Israel activism, ZOA has made its mark.
Related Articles
OP-ED Abbas’ Fatah/P.A. New Logo Features All Of Israel Only As ‘Palestine’