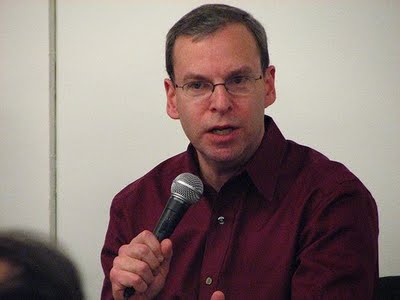 The anti-Zionist George Soros-funded extremist, fake pro-Israel, J Street, which falsely bills itself as a “pro-Israel, pro-peace” organization, have backed the Palestinian refusal to recognize Israel as a Jewish state. This shows again that J Street, despite its protestations, is an organization that takes positions that are opposed even by the left-wing Israeli political parties as well as the Israeli and American Jewish publics. Tzipi Livni, former head of the left-wing Kadima Party, and currently chief negotiator with the Palestinians, was in fact the first to articulate the necessity of the Palestinians recognizing Israel as a Jewish state back in 2003. (A detailed ZOA Report on J Street, which considers in detail J Street’s divergence even from left-of-center Israeli and American Jewish opinion, can be found here).

In a statement posted on J Street’s website, Executive Director Jeremy Ben-Ami said that to “keep moving forward, both [Israeli Prime Minister Benjamin Netanyahu and Palestinian Authority President Mahmoud Abbas] now need to give a little, while keeping their eyes on the prize and recognizing that the benefits of resolving the conflict outweigh any short-term political considerations … failure to resolve these issues at this point should not derail these negotiations” (‘Word on the Street: Our current crisis and Israel as a “Jewish state,”’ March 21, 2014).

ZOA National President Morton A. Klein said, “We see here, as we have seen before with the extremist J Street, that, on crucial issues affecting Israel’s security and existence, J Street takes positions that lack support in Israel and among Americans Jews except on the fringe.

In a statement posted on J Street’s website, Executive Director Jeremy Ben-Ami said that to “keep moving forward, both [Israeli Prime Minister Benjamin Netanyahu and Palestinian Authority President Mahmoud Abbas] now need to give a little, while keeping their eyes on the prize and recognizing that the benefits of resolving the conflict outweigh any short-term political considerations … failure to resolve these issues at this point should not derail these negotiations.”

“Palestinian Arab acceptance of Israel as a Jewish state –– as opposed to simply a state called ‘Israel’ which might, in time, become something other than a Jewish state –– is vital in itself and indicative of a true Arab change of heart regarding their willingness to actually live in peace alongside Israel. For J Street to declare that this vital issue that goes to heart of the conflict –– Arab rejection of a Jewish sovereign existence in the Middle East –– is a matter of ‘short-term political considerations’ and that Israel should ‘give a little’ (meaning drop it) only exposes J Street as a fake pro-Israel body that does not actually support key Israeli interests and concerns shared by a majority of Israelis.”

The ZOA has noted the following:

J Street’s positions are opposed by a majority of American Jews:

J Street positions are opposed by the majority of Israelis:

Contrary to the majority of Israelis, J Street has:

We would love to hear from you! Please fill out this form and we will get in touch with you shortly.
Trending Z
News March 26, 2014
ZOA Condemns U.S. State Dept. & U.S. Amb. Nides For Siding with Antisemitic, Discriminatory Palestinian & Hamas Terrorists re: the Temple Mount, Violating Jews’ Religious Freedom
Uncategorized March 26, 2014
FLASH: ISRAEL-JORDAN PEACE TREATY (1994) GUARANTEES JEWS ACCESS TO THE TEMPLE MOUNT – LET MY PEOPLE PRAY
Uncategorized March 26, 2014
ZOA Analysis: Most American Rabbis Who Are Boycotting Some Israeli Ministers Are From Extremist Left Wing Groups (J Street; T’ruah; JVP)
Uncategorized March 26, 2014
Israel’s “Right of Return” Grandparent Clause is De-Judaizing the Jewish State – Eliminate It
Center for Law & Justice
We work to educate the American public and Congress about legal issues in order to advance the interests of Israel and the Jewish people.
We assist American victims of terrorism in vindicating their rights under the law, and seek to hold terrorists and sponsors of terrorism accountable for their actions.
We fight anti-Semitism and anti-Israel bias in the media and on college campuses.
We strive to enforce existing law and also to create new law in order to safeguard the rights of the Jewish people in the United States and Israel.
Our Mission
ZOA STATEMENT
The ZOA speaks out for Israel – in reports, newsletters, and other publications. In speeches in synagogues, churches, and community events, in high schools and colleges from coast to coast. In e-mail action alerts. In op-eds and letters to the editor. In radio and television appearances by ZOA leaders. Always on the front lines of pro-Israel activism, ZOA has made its mark.
Related Articles
OP-ED BY: Morton A. Klein, ZOA Jerusalem is Holy to Jews, Not to Muslims