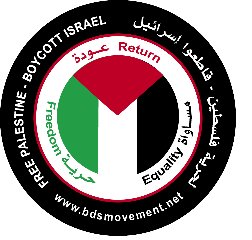 The Zionist Organization of America (ZOA) strongly opposes the Jewish Community Relations Council (JCRC)/NY Federation for granting permission to groups that promote boycotts of Israeli companies in Judea/Samaria to march in the Israel Day Parade, which is taking place on June 1, 2014 in New York City. These groups encourage the Boycotts, Divestment, and Sanctions (BDS) campaign against Israel, which seek to delegitimize and economically weaken and stifle Israel and therefore have no place in parades honoring Israel.

Among these extremist groups marching in this year’s Israel Day Parade are:

ZOA National President Morton A. Klein said, “The larger BDS movement is dedicated to Israel’s elimination. It is not a movement that merely criticizes particular Israeli policies. Especially when the larger BDS movement has gained ground, it is irresponsible and wrong for the JCRC to give legitimacy to Jewish organizations that support BDS with regard to Judea/Samaria.

“Jews have a perfect right to live and build homes in Judea/Samaria, the biblical and legal home of the Jewish people. Jewish businesses and companies that operate in Judea/Samaria do so legally, with the approval of the Israeli government, and employ Jews who depend for the livelihoods on their employment.

“The ZOA has frequently debunked the falsehood that Israeli Jews –– and only Israeli Jews ––living and building homes and operating businesses in Judea/Samaria are committing a war crime. This is a lie that enables and energizes movements bent on Israel’s destruction, including movements associated with BDS.

“Rather than trying to boycott Israel companies, these groups should be devoting their energies focusing on the real obstacle to peace, the Palestinian Authority (PA). They should be actively exposing the PA’s anti-peace policies, including Mahmoud Abbas’ three no’s –– no acceptance of Israel as a Jewish state; no renunciation of the legally baseless so-called ‘right of return,’ whereby Palestinian refugees of the 1948-9 war and their millions of descendants would be repatriated to Israel; and no end to conflict and claims against Israel, even if a peace settlement is signed by both sides. They should be speaking about Fatah Constitution, which still calls the destruction of Israel and the use of terrorism as an indispensable element in the campaign to achieve that goal. They should be speaking of the PA honoring of terrorists and the naming of streets, schools and sports teams after Jew-killing terrorists.

As Israeli Prime Minister Benjamin Netanyahu recently stated, ‘attempts to boycott, divest and sanction Israel, the most threatened democracy on Earth, are simply the latest chapter in the long and dark history of antisemitism.’

“For the JCRC to give legitimacy to Jewish groups engaging in BDS with regard to Judea/Samaria is wrong, destructive and lends legitimacy to the BDS movement as a whole.

“For the JCRC to give legitimacy to Jewish groups engaging in BDS with regard to Judea/Samaria is wrong, destructive and lends legitimacy to the BDS movement as a whole…”

“This is a serious matter going to the heart of what it means to be a Jewish communal organization. A Jewish organization that gives cover and legitimacy to those who defame Israel as a war criminal or who seek to harm Israel economically or otherwise is failing in its duty.

“There should be a straightforward, principled guideline: any groups that funds, supports, or promotes boycotting Israeli companies anywhere in Israel or Judea/Samaria is not eligible to participate in an Israel Day parade. These guidelines should also apply to those who are invited to speak at Federation funded Ys, such as vicious enemies of Israel like the well-known rock-singer Roger Waters and the author Alice Walker.

“The JCRC and the NY Federation should be made aware of the fact that Jewish law expressly forbids any Jew from harming the ability of another Jew to earn a livelihood.”

Note: a rally opposing the participation in the Israel Day parade of those groups that support boycotting Israeli companies that are based in Judea/Samaria will take place outside the UJA-Federation of NY, 130 East 59th Street, between Lexington & Park Avenue, New York, NY, on April 8, 2014 from 4:00-7:00 PM.

We would love to hear from you! Please fill out this form and we will get in touch with you shortly.
Trending Z
Uncategorized April 2, 2014
FLASH: ISRAEL-JORDAN PEACE TREATY (1994) GUARANTEES JEWS ACCESS TO THE TEMPLE MOUNT – LET MY PEOPLE PRAY
Uncategorized April 2, 2014
ZOA Analysis: Most American Rabbis Who Are Boycotting Some Israeli Ministers Are From Extremist Left Wing Groups (J Street; T’ruah; JVP)
Uncategorized April 2, 2014
Israel’s “Right of Return” Grandparent Clause is De-Judaizing the Jewish State – Eliminate It
Uncategorized April 2, 2014
Exclusive: ZOA Accuses Ilhan Omar of Hating the U.S. ‘as Much as Israel,’ Lauds Kevin McCarthy for ‘Throwing Her Off the HFAC’
Center for Law & Justice
We work to educate the American public and Congress about legal issues in order to advance the interests of Israel and the Jewish people.
We assist American victims of terrorism in vindicating their rights under the law, and seek to hold terrorists and sponsors of terrorism accountable for their actions.
We fight anti-Semitism and anti-Israel bias in the media and on college campuses.
We strive to enforce existing law and also to create new law in order to safeguard the rights of the Jewish people in the United States and Israel.
Our Mission
ZOA STATEMENT
The ZOA speaks out for Israel – in reports, newsletters, and other publications. In speeches in synagogues, churches, and community events, in high schools and colleges from coast to coast. In e-mail action alerts. In op-eds and letters to the editor. In radio and television appearances by ZOA leaders. Always on the front lines of pro-Israel activism, ZOA has made its mark.
Related Articles
OP-ED ZOA Criticizes Obama For Supplying F-16s to Egypt’s Anti-Semitic Morsi & His Extremist Islamist Regime