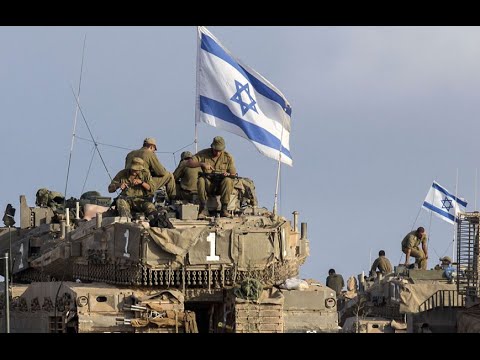 The Zionist Organization of America (ZOA) strongly opposes the proposed United Nations inquiry designed to identify alleged Israeli war crimes in Gaza, which is to be led by a veteran Israel-hater, William Schabas. The proposed inquiry, called into being by the anti-Israel United Nations Human Rights Council (UNHRC), is designed to investigate solely Israel’s alleged war crimes. There is no inquiry to be held into the genuine war crimes committed by Hamas. This is but the latest example of egregious U.N. anti-Semitism.

The UN Human Rights Council, created in 2006, has eliminated probes into the most serious human-rights abuses in Belarus, Congo, Cuba, Liberia and Sudan. Over three-quarters of the UNHRC’s resolutions have targeted Israel alone.

ZOA National President Morton A. Klein said, “We strongly oppose the U.N. Human Rights Council and its latest disgraceful act of moral perversion and anti-Semitism by establishing an inquiry to investigate alleged Israeli war crimes, while completely ignoring the actual and grotesque war crimes committed by Hamas in the course of its war on the Jewish state.

“It is outrageous to accuse Israel of war crimes when the Israel Defense Forces (IDF) have done more than any army in history to protect enemy civilians in time of war. In the current case, Israel called off strikes where civilians were found to be present and distributed leaflets and text messages to civilians to leave target zones, only to be often countermanded by Hamas.

“We strongly oppose the U.N. Human Rights Council and its latest disgraceful act of moral perversion and anti-Semitism.”

“Even UN officials have admitted that Hamas has urged civilians to stay in places where the IDF warned them to leave. For example, on 16 July, according to UN officials, ‘the Israeli military delivered text messages to virtually all the residents of Ash Shuja’iyya and Az Zaitoun neighborhoods in eastern Gaza city, approximately 100,000 people, warning them to leave their homes … ahead of attacks to be launched in the area … the Palestinian Ministry of Interior in Gaza reportedly instructed the residents … not [to] flee the area … the vast majority decided to stay.’

“In recent days, a Hamas urban war manual discovered by Israeli troops on the ground in Gaza strongly supports Israel’s claim that Hamas uses Gaza civilians as human shields. Moreover, Hamas, war crimes are multi-faceted and numerous: Hamas deliberately fires missiles at civilians; it fires from civilian homes, hospitals and schools, it uses hospitals and ambulances to protect and transport its gunmen, it mines civilian homes and streets; it uses civilians, including children as cover; it impedes humanitarian supplies and targets staging points for humanitarian convoys; it kidnaps civilians and takes them hostage; it intimidates and threatens journalists.

“The ZOA agrees with Israeli Ambassador to the U.S., Ron Dermer, that the Israeli army should receive the Nobel Peace Prize for its extraordinary efforts to protect lives in war zones during a war not started by Israel and in which it was compelled to respond immediately to protect its citizens. Israel has done even more than the U.S. to protect civilian lives in a war zone, yet it finds itself pilloried today by the U.N.

“As a matter of justice and national dignity, Israel should not cooperate with UNHRC inquiry or give it any legitimacy and we support its refusal to do so. At a bare minimum, it should not do so until and unless the U.N. charges Hamas with war crimes.

The ZOA has also noted the following:

William Schabas, a Canadian-born academic who is a professor of International Law at Middlesex University, has been appointed to head the UNHRC inquiry into Israel. The ZOA has criticized his appointment, because Schabas is a nakedly anti-Israel partisan with a long record of hostile and outrageous statements:

We would love to hear from you! Please fill out this form and we will get in touch with you shortly.
Trending Z
News August 19, 2014
ZOA Deplores that Pres. Trump Dined with Jew-Haters Kanye West & Nick Fuentes, and Demands he Condemn Them
News August 19, 2014
Newsweek Op-Ed by ZOA’s Mort Klein: ZOA Honoring Trump as the Greatest President Ever for Israel and American Jews
Uncategorized August 19, 2014
ZOA Honors Trump With Rarely Given Herzl Award for His Great Pro-Israel Work – Joins Ranks of Balfour, Truman, Begin, Meir, Ben-Gurion
Uncategorized August 19, 2014
Zionist Organization of America Honors Donald Trump for Support for Israel, Jewish Community
Center for Law & Justice
We work to educate the American public and Congress about legal issues in order to advance the interests of Israel and the Jewish people.
We assist American victims of terrorism in vindicating their rights under the law, and seek to hold terrorists and sponsors of terrorism accountable for their actions.
We fight anti-Semitism and anti-Israel bias in the media and on college campuses.
We strive to enforce existing law and also to create new law in order to safeguard the rights of the Jewish people in the United States and Israel.
Our Mission
ZOA STATEMENT
The ZOA speaks out for Israel – in reports, newsletters, and other publications. In speeches in synagogues, churches, and community events, in high schools and colleges from coast to coast. In e-mail action alerts. In op-eds and letters to the editor. In radio and television appearances by ZOA leaders. Always on the front lines of pro-Israel activism, ZOA has made its mark.
Related Articles
OP-ED BY: Morton A. Klein, ZOA Jerusalem is Holy to Jews, Not to Muslims