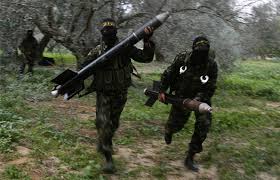 The Zionist Organization of America (ZOA) has condemned the ceasefire resolution under consideration by the United Nations Security Council, including the United States, which indulges in false moral equivalence between Israeli military action in Gaza and the war crimes committed by the terrorist organization, Hamas; and calls for lifting of aspects of Israel’s lawful blockade of Gaza, designed to prevent weaponry and war materiel reaching Hamas, and opening the crossings into Gaza, which would amount to a huge strategic victory for Hamas and a reward for its recent illegal, terrorist aggression against Israel.

The resolution being considered does not condemn by name, Hamas, the U.S.- and European Union-listed terrorist organization that calls in its Charter for the destruction of Israel and the global murder of Jews. The resolution is the handiwork of diplomats from Britain, France and Germany but, as of today, the U.S. has joined the initiative.

The proposed ceasefire resolution condemns “all violence and hostilities directed against civilians, as well as indiscriminate attacks resulting in civilian casualties, and all acts of terrorism.” It calls for an “immediate, sustainable” cease-fire that would include an end to all rocket fire from Gaza and all military operations in Gaza (Barak Ravid, ‘EU states and U.S. pursue UN resolution to end Israel-Gaza fighting,’ Haaretz, August 21, 2014).

“This resolution does not condemn the Hamas terrorist aggressor by name; it is therefore morally worthless.”

ZOA National President Morton A. Klein said, “We are appalled that President Obama has chosen to join this initiative to pass a UN Security Council resolution that would grant a tremendous victory to Hamas –– a practical victory, in terms of easing the blockade on Hamas-controlled Gaza, and a moral one, by having the military action of both Israel and Hamas condemned as if they were of equal moral quality.

“This resolution does not condemn the Hamas terrorist aggressor by name; it is therefore morally worthless.

“Instead, it equates Israel with the Hamas terrorists by condemning the military action of both sides.

“True, Israel is not named in the draft resolution, so far as we know from reports, and it can be argued that the military action condemned in the resolution does not refer to Israel at all –– after all, Israel has not ‘directed’ violence against civilians, it has not conducted ‘indiscriminate attacks’ on civilians. But Israel is widely misrepresented and regarded as doing these things, so it is clear that condemning such acts ‘and all acts of terrorism’ juxtaposes Israel’s lawful military action along with Hamas’ terrorist war crimes and condemns both.

“This is simply unacceptable and should –– and under past presidents would –– normally result in appropriate U.S. modifications to the draft or a veto. Instead, the Obama Administration appears to have climbed on board this shabby, dishonest and fraudulent document, which represent amoral politics of the lowest common denominator.

“We are aware the resolution contains other, useful elements –– prohibition of the sale or supply of weapons and munitions to Gaza, security arrangements to prevent resumption of hostilities –– but long experience of the UN system has shown that these calls are merely aspirational and rarely lead to any results.

“Did the 2006 UNSC Lebanon ceasefire resolution actually stop the terrorist organization Hizballah rearming and rebuilding its armories and tunnels? No, it simply stopped Israel from hitting Hizballah and made it harder for Israel to do so in the future. Here, too, Hamas will not be ejected from Gaza or disarmed –– but embargoes and restrictions on Hamas-run Gaza will be lifted.

‘‘Such a result would incentivize Hamas terrorist aggression against Israel, making it a paying proposition for Hamas to start new wars on Israel in the hope of having the world rush in to dictate terms in its favor. The U.S. should have no part in this.

“We call upon the Obama Administration to amend this resolution so as to condemn Hamas by name and to grant it no easing of lawful, commonsense restrictions on the importation of arms, war material and dual use equipment into Gaza. This resolution can have only one legitimate aim: condemning Hamas and disarming it. If the U.S. cannot suitably amend this draft resolution to do these things, it should veto it.

“We call upon the U.S. Congress and indeed all Americans to urge the Obama Administration to amend or else veto this resolution.”

We would love to hear from you! Please fill out this form and we will get in touch with you shortly.
Trending Z
News August 25, 2014
ZOA Condemns U.S. State Dept. & U.S. Amb. Nides For Siding with Antisemitic, Discriminatory Palestinian & Hamas Terrorists re: the Temple Mount, Violating Jews’ Religious Freedom
News August 25, 2014
ZOA’s Klein JPost Op-Ed: There is Nothing Extreme About Israel’s New Government
Uncategorized August 25, 2014
FLASH: ISRAEL-JORDAN PEACE TREATY (1994) GUARANTEES JEWS ACCESS TO THE TEMPLE MOUNT – LET MY PEOPLE PRAY
Uncategorized August 25, 2014
ZOA Analysis: Most American Rabbis Who Are Boycotting Some Israeli Ministers Are From Extremist Left Wing Groups (J Street; T’ruah; JVP)
Center for Law & Justice
We work to educate the American public and Congress about legal issues in order to advance the interests of Israel and the Jewish people.
We assist American victims of terrorism in vindicating their rights under the law, and seek to hold terrorists and sponsors of terrorism accountable for their actions.
We fight anti-Semitism and anti-Israel bias in the media and on college campuses.
We strive to enforce existing law and also to create new law in order to safeguard the rights of the Jewish people in the United States and Israel.
Our Mission
ZOA STATEMENT
The ZOA speaks out for Israel – in reports, newsletters, and other publications. In speeches in synagogues, churches, and community events, in high schools and colleges from coast to coast. In e-mail action alerts. In op-eds and letters to the editor. In radio and television appearances by ZOA leaders. Always on the front lines of pro-Israel activism, ZOA has made its mark.
Related Articles
OP-ED BY: Morton A. Klein ZOA: Iran Pres. Rouhani’s Boasting of Deceiving West on Iran’s Nuclear Weapons Program Underscores the Fraudulence of his Moderate Image