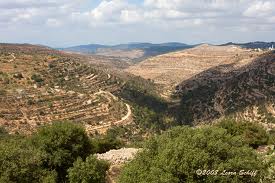 While the Middle East burns and tens of thousands of corpses pile up in Syria and Iraq, Jewish residence anywhere beyond the 1949 armistice lines –– eastern Jerusalem, Judea/Samaria (West Bank) transfixes the attention of foreign governments. Just recall the Obama Administration saying nothing when, in March 2010, the Palestinian Authority (PA) named a public square in Ramallah in honor of blood-soaked terrorist Dalal Mughrabi –– but condemned Israel for announcing a program of building Jewish homes in eastern Jerusalem the day before.

Now, Israel has designated 988 acres in the Etzion bloc south of Jerusalem as state land, leading the Obama Administration to condemn this “settlement announcement” as “counterproductive to Israel’s stated goal of a negotiated two-state solution with the Palestinians.”

Whether one favors or disfavors Jews living in the territories, no one should falsify the law in order to indict Israel as an international violator.

Note the phrase, “Israel’s stated goal.” When Mahmoud Abbas’ PA praises terrorists and pays them salaries, refuses to recognize Israel as a Jewish state or insists on a judenrein Palestinian state, its purported commitment to peace continues to be proclaimed by the Obama administration; Israel’s however, is now beset by query.

There is some relevant history here. In 2011, Obama vetoed a UN Security Council resolution making this baseless declaration –– although that was only after he unsuccessfully attempted have the U.N. Security Council baselessly call them “illegitimate.”

Clearly, J Street is trying to push the President in a direction he’d like to go but can’t, due to legal and factual hurdles that would cost him politically to straddle, but which J Street would like to ameliorate.

Factually and legally unsound, J Street’s agitprop on this issue is simply designed to isolate and increase pressure on Israel, not defend the cause of peace that is unthreatened by this Israeli administrative action.

The Etzion bloc was home to a substantial Jewish communities even before Israel was created. It’s widely accepted that it would be incorporated into Israel in any feasible peace treaty, should one emerge one day.

Even an anti-Israel partisan like former President Jimmy Carter has publicly stated regarding the Jewish communities in the Etzion bloc that this “area is not one I ever envision being abandoned or changed over into Palestinian territory.’

So why the furore? It’s not as if the designation changes the land’s pre-existing status. Since the days of the British Palestine Mandate, the land in question has always been classed as public land. Its new designation as ‘state land’ merely reaffirms this, following exhaustive investigation to ascertain that such a designation was not in conflict with any private property rights that might have existed there.

The Obama Administration and J Street object to any process that would seem to remove any obstacle to Jews living in or building homes in these disputed territories. That is because both subscribe to the canard that Jewish residence there is –– or ought to be –– illegal.

Formulated in the aftermath of the Second World War to prohibit Nazi-like mass deportations and forced population transfers, Article 49 clearly holds no relevance: Palestinians are not being deported or forcibly transferred to another territory; Jews are not being deported or transferred from Israel to these Jewish communities; they are moving there freely of their own will.

Peace is presently impossible due to continuing Palestinian refusal to accept the permanence and legitimacy of the Jewish state of Israel and the terrorism, aggression and incitement to hatred and murder against Jews and Israel that flows from this –– not due to Israel duly designating state lands.

Whether one favors or disfavors Jews living in the territories, no one should falsify the law in order to indict Israel as an international violator.

Last week, Israel announced the the construction of thousands of apartments in eastern Jerusalem’s Arab neighborhoods. If building apartments is a crime, it remains so when done for Arabs no less than Jews. Is this a logic the Obama Administration wishes to embrace? So far it seems to be saying only that it is a crime for Jews, and Jews only,  to move in or build homes –– a discriminatory and absurd argument.

The Congress should explicitly repudiate this logic and the canard of illegality that underlies it, a canard, moreover, which is fueling anti-Israel and anti-Semitic agitation worldwide. A damaging lie cannot be finessed; it must be exposed and repudiated.

We would love to hear from you! Please fill out this form and we will get in touch with you shortly.
Trending Z
Uncategorized September 11, 2014
ZOA Analysis: Most American Rabbis Who Are Boycotting Some Israeli Ministers Are From Extremist Left Wing Groups (J Street; T’ruah; JVP)
Uncategorized September 11, 2014
ZOA: Israel’s Reasonable Judicial Reform Proposals Are Good for Democracy, the Rule of Law and the Economy
Uncategorized September 11, 2014
Israel’s “Right of Return” Grandparent Clause is De-Judaizing the Jewish State – Eliminate It
News September 11, 2014
ZOA is Disappointed, Offended and Frightened by 211 U.S. House Votes Supporting Jew-Hating, Israel-Hating Rep. Ilhan Omar
Center for Law & Justice
We work to educate the American public and Congress about legal issues in order to advance the interests of Israel and the Jewish people.
We assist American victims of terrorism in vindicating their rights under the law, and seek to hold terrorists and sponsors of terrorism accountable for their actions.
We fight anti-Semitism and anti-Israel bias in the media and on college campuses.
We strive to enforce existing law and also to create new law in order to safeguard the rights of the Jewish people in the United States and Israel.
Our Mission
ZOA STATEMENT
The ZOA speaks out for Israel – in reports, newsletters, and other publications. In speeches in synagogues, churches, and community events, in high schools and colleges from coast to coast. In e-mail action alerts. In op-eds and letters to the editor. In radio and television appearances by ZOA leaders. Always on the front lines of pro-Israel activism, ZOA has made its mark.
Related Articles
OP-ED BY: Morton A. Klein, ZOA Jerusalem is Holy to Jews, Not to Muslims