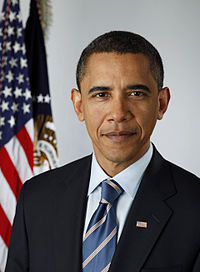 The Zionist Organization of America (ZOA) has criticized the Obama Administration for describing particular Israeli military strikes during the recent Gaza war as “unjustified” –– despite saying so in the absence of evidence it claims it is awaiting. The ZOA believes that this stance is incorrect in law, harmful to Israel lawfully defending its citizens and territory from indiscriminate terrorist attacks, and also inconsistent with the Obama Administration’s own counter-terrorist actions in Afghanistan, which have resulted in thousands of civilian deaths, despite U.S. forces taking great care not to harm civilians.

In a press briefing, State Department spokeswoman Marie Harf, when asked about allegations of Israeli war crimes, said, “We were horrified by the strikes that hit UNRWA facilities, emphasized that UNRWA facilities must not be used for military purposes, as some were by Hamas, and that they should not use civilians to shield fighters. But also at the same time, the suspicion that militants are operating nearby does not justify strikes that put at risk the lives of so many innocent civilians. Israeli authorities say they’re investigating. We expect these to be investigated thoroughly and promptly, and we’ll continue pushing them to do so” (‘Marie Harf, Deputy Spokesperson, Daily Press Briefing, Washington, DC, September 11, 2014’).

ZOA National President Morton A. Klein said, “We are appalled and deeply critical of the Obama Administration’s statement that certain Israeli strikes in Gaza are ‘unjustified.’

“First, why seek a prompt and thorough investigation if the Administration insists on arriving at its own conclusion without awaiting its findings? Is that the act of a responsible ally?

“Second, ‘the suspicion that militants are operating nearby’ –– actually terrorists, not militants, as Ms. Harf must know, and operating on the scene, not necessarily just nearby –– does indeed justify targeted military strikes. Where would this criterion leave the Obama Administration, whose drone strikes against terrorists have killed an estimated 2,400 people?

“Third, when the Obama Administration makes groundless claims of this kind, it shamefully gives aid and comfort to the global effort to delegitimize Israel. After all, to call a military strike that results in civilian deaths unjustified is essentially to call it a war crime.

We are appalled and deeply critical of the Obama Administration’s statement that certain Israeli strikes in Gaza are ‘unjustified.’

“Under international law, military strikes on legitimate military targets, including civilian dwellings that have been occupied by terrorists, do not cease to be legitimate if civilians are in the area. The Obama Administration should be acknowledging this, not distorting and obscuring it –– in America’s interest, as well as in the interest of Israel.

“The inescapable fact of terrorist wars today is that terrorist embed themselves among civilians and that even careful, targeted operations occasionally result in dead civilians. When one considers that hundreds or even thousands of such strikes might be necessary in a given campaign, innocents will die.

“That is the result of the war crimes of terrorists, not Israel or America. Blame should be placed where it belongs. It should not be hypocritically leveled at Israel by the Obama Administration.”

We would love to hear from you! Please fill out this form and we will get in touch with you shortly.
Trending Z
News September 19, 2014
ZOA Deplores that Pres. Trump Dined with Jew-Haters Kanye West & Nick Fuentes, and Demands he Condemn Them
Uncategorized September 19, 2014
ZOA Honors Trump With Rarely Given Herzl Award for His Great Pro-Israel Work – Joins Ranks of Balfour, Truman, Begin, Meir, Ben-Gurion
News September 19, 2014
ZOA Responds to Questions About Pres. Trump, Kanye West, Fuentes, etc. Issue
Uncategorized September 19, 2014
Zionist Organization of America Honors Donald Trump for Support for Israel, Jewish Community
Center for Law & Justice
We work to educate the American public and Congress about legal issues in order to advance the interests of Israel and the Jewish people.
We assist American victims of terrorism in vindicating their rights under the law, and seek to hold terrorists and sponsors of terrorism accountable for their actions.
We fight anti-Semitism and anti-Israel bias in the media and on college campuses.
We strive to enforce existing law and also to create new law in order to safeguard the rights of the Jewish people in the United States and Israel.
Our Mission
ZOA STATEMENT
The ZOA speaks out for Israel – in reports, newsletters, and other publications. In speeches in synagogues, churches, and community events, in high schools and colleges from coast to coast. In e-mail action alerts. In op-eds and letters to the editor. In radio and television appearances by ZOA leaders. Always on the front lines of pro-Israel activism, ZOA has made its mark.
Related Articles
OP-ED ZOA: Natl. Jewish Democratic Council Should Oppose Hagel Nomination As It Did In 2009