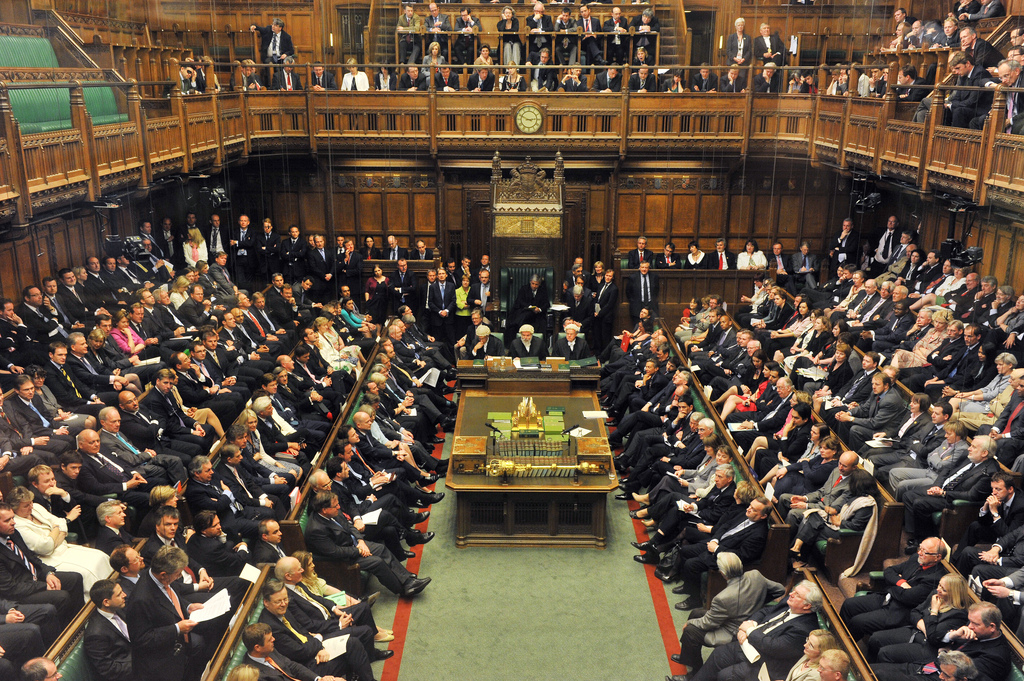 The Zionist Organization of America (ZOA) has condemned the vote of the British parliament to grant ‘Palestine’ diplomatic recognition, even though it is not actually a sovereign state. The vote passed in the House of Commons by the seemingly huge majority of 274-12, but in fact less than half the House of Commons voted; a quarter of the Labour Party, which had supported the motion abstained, and 90% of the ruling Conservative party members didn’t turn up for the vote.

Nonetheless, the ZOA regards this vote as profoundly wrong and dangerous, as it adds unwarranted credibility to the false notion that Mahmoud Abbas’ Palestinian Authority (PA) is a sovereign state, entitled to the powers and privileges which this confers. The British Parliament has voted to create the state of ‘Palestine,’ yet the PA clearly does not meet the criteria for membership of the European Union (EU), of which Britain is a member. The EU requires that a prospective member have stability of institutions, guarantee democracy, rule of law, human rights and protection of minorities. The PA, however, is an international beggar, which can’t survive without constant infusion of foreign funds, including $600 million from the U.S.; it is is deeply unstable and corrupt, Abbas is a dictator in the ninth year of a four year presidential term, and Christians in the PA, and especially in Gaza, have dwindled due to persecution and violence.

“The PA is pursuing statehood for specific reasons. It is seeking new avenues to advance its campaign of delegitimizing Israel.

As the Jerusalem Post has rightly editorialized, “Had the vote gone the other way, those politicians in Britain and elsewhere, who insist on a negotiated settlement that includes a Palestinian commitment to end the conflict and who believe that unilateral recognition of Palestine only makes Palestinians more intransigent and violent, would have been strengthened.”

ZOA National President Morton A. Klein said, “This vote in London is plainly wrong, dangerous and naively absurd. Recognizing an unreconstructed terror-promoting organization like Abbas’ PA and pretending it is a sovereign state does not assist the cause of peace. To the contrary, it enables the PA’s refusal to accept Israel as Jewish state and to live in peace alongside it.

“The PA is a terrorist-supporting entity run by Fatah in Judea/Samaria and Hamas in Gaza. Fatah’s AlAqsa Martyrs Brigades is a deadly and proscribed terrorist organization which has murdered hundreds of Israeli civilians. It recently signed a unity government agreement with Hamas, which calls in its Charter for the destruction of Israel (Article 15) and the murder of Jews (Article 7). In the PA, scores of streets, schools and sports teams have been named in honor of terrorists who murdered Jews. Fatah’s 43rd anniversary emblem shows all of Israel draped in a kffiyeh, with a picture of Arafat and a Kalashnikov rifle alongside it.

“The PA does not meet all necessary international legal criteria for statehood. It does not exercise control in defined territory, as Israel shares in a range of responsibilities by agreement in at least some PA-controlled areas. Also, PA rule has not extended for years to Hamas-run Gaza and still does not at this very moment.

“Moreover, the PA is a signatory to the Oslo Agreements in which it committed itself to not altering the political status of the PA territories, except by a negotiated settlement with Israel. The 1995 Oslo II agreement, stipulates clearly that ‘Neither side shall initiate or take any step that will change the status of the West Bank and the Gaza Strip pending the outcome of the permanent status negotiations.’

“Those British MPs who voted for this motion are thus conniving in the PA’s violation of the Oslo Accords.

“It is clear that if, at present, the PA were to become a state, peace would not be forthcoming. As Abbas said in his otherwise dishonest May 2011 op-ed in the New York Times, ‘Palestine’s admission to the United Nations would pave the way for the internationalization of the conflict as a legal matter, not only a political one. It would also pave the way for us to pursue claims against Israel at the United Nations, human rights treaty bodies and the International Court of Justice.’

“The PA is pursuing statehood for specific reasons. It is seeking new avenues to advance its campaign of delegitimizing Israel. This has nothing to do with peace-making or establishing the conditions that would permit peace to emerge, like arresting terrorists, outlawing terrorist groups, ending terrorism and incitement to hatred and murder against Israel and Jews or ceasing to falsify history by denying any Jewish right or historical connection to Israel. It has everything to do with achieving statehood without making peace with the country it works ceaselessly to delegitimize.

“The British MPs voted for this thinking that once the PA is a state, all will be well. Nonsense: Iran, Syria and North Korea are all sovereign states, how peaceful, law-abiding and civilized are they? The Iranian-backed Hamas is likely to take over in any such state. A state of ‘Palestine’ is a prescription for intensified conflict and bloodshed, not peace. It would also mark the first time that a state would be created, not for the benefit of its inhabitants, but to destroy another state.”

We would love to hear from you! Please fill out this form and we will get in touch with you shortly.
Trending Z
Uncategorized October 15, 2014
ZOA Analysis: Most American Rabbis Who Are Boycotting Some Israeli Ministers Are From Extremist Left Wing Groups (J Street; T’ruah; JVP)
Uncategorized October 15, 2014
ZOA: Israel’s Reasonable Judicial Reform Proposals Are Good for Democracy, the Rule of Law and the Economy
News October 15, 2014
ZOA is Disappointed, Offended and Frightened by 211 U.S. House Votes Supporting Jew-Hating, Israel-Hating Rep. Ilhan Omar
Uncategorized October 15, 2014
Israel’s “Right of Return” Grandparent Clause is De-Judaizing the Jewish State – Eliminate It
Center for Law & Justice
We work to educate the American public and Congress about legal issues in order to advance the interests of Israel and the Jewish people.
We assist American victims of terrorism in vindicating their rights under the law, and seek to hold terrorists and sponsors of terrorism accountable for their actions.
We fight anti-Semitism and anti-Israel bias in the media and on college campuses.
We strive to enforce existing law and also to create new law in order to safeguard the rights of the Jewish people in the United States and Israel.
Our Mission
ZOA STATEMENT
The ZOA speaks out for Israel – in reports, newsletters, and other publications. In speeches in synagogues, churches, and community events, in high schools and colleges from coast to coast. In e-mail action alerts. In op-eds and letters to the editor. In radio and television appearances by ZOA leaders. Always on the front lines of pro-Israel activism, ZOA has made its mark.
Related Articles
OP-ED CIA Nominee Brennan Dismisses Radical Islam, Calls J’lem Al-Quds, Whitewashes Hizballah