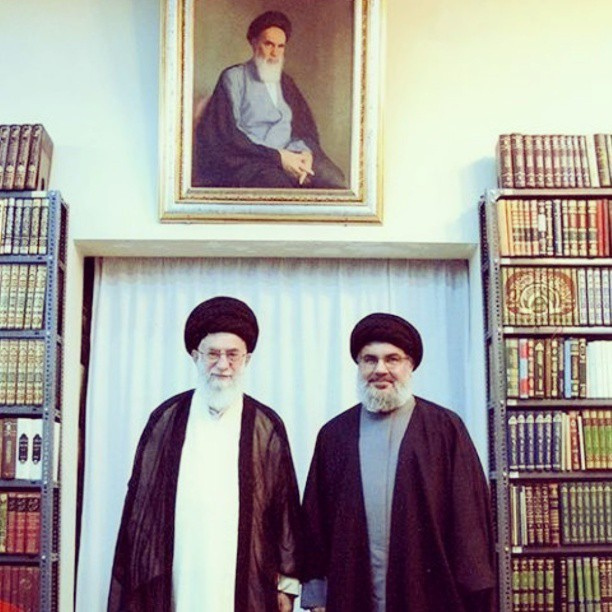 The Zionist Organization of America (ZOA) has called upon President Obama and the heads of foreign governments to condemn the call issued by Iranian’s Supreme Leader Ayatollah Ali Khamenei to annihilate Israel. Calls for eliminating a United Nations member state and destroying the self-determination of any people is a violation of the UN Charter. The ZOA calls for international efforts to begin to expel Iran from the UN.

Secretary of State John Kerry has rightly described Khamenei’s statements as “shocking and unacceptable,” but the ZOA believes a public condemnation by all national leaders, including President Obama, and a renewed effort to have Iran expelled from the UN is necessary. Although Khamenei was careful to mislead by saying that he is not calling for the “massacre of the Jewish people in this region,” Iran is busy developing a nuclear weapon, which a succession of Iranian leaders have indicated should be used to end Israel. Even if Iran never resorted to using nuclear weapons, Khamenei’s proposal would see the destruction of Jewish statehood and society. Iran also has an outrageous human rights record which includes vicious persecution of minorities, like the Baha’is, the arrest, imprisonment, and execution of anyone deemed hostile to the regime, and the public hanging of homosexual people.

“It is time that the voice of those in free societies, including our own, were heard publicly denouncing Khamenei and his regime, and calling for Iran’s expulsion from the UN.”

In a tweet, Khamenei wrote, “This barbaric, wolflike & infanticidal regime of Israel which spares no crime, has no cure but to be annihilated.” Khamenei also presented ‘9 Key Questions About  the Elimination of Israel’ which states that the “zionist regime” should be eliminated because it has tried to “realize its goals” by “infanticide, homicide, violence, and [an] iron fist” and that “the only means of ending Israel’s crimes are its elimination.”

Khamenei calls for a referendum to be held of all the “original people of Palestine, including Muslims, Christians, and Jews, wherever they are,” but “naturally” excluding all Jews who immigrated to Israel since the advent of Zionism. The “ensuing government” created by this referendum will decide what to do with the “non-Palestinian immigrants” — that is, Israeli Jews. According to Khamenei, “resolute and armed confrontation” — in other words, terrorism — is the means to be used to fight Israel, and Judea/Samaria should be “armed like Gaza” — that is, Iranian-backed and armed, a Hamas-like entity.

ZOA National President Morton A. Klein, commented “We are living in truly disturbing times. Today, the Islamic State is beheading people, kidnapping and raping women across the Middle East, and individuals who want a second Holocaust of the Jews speak ever more blatantly and openly about their plans.

“It is time that the voice of those in free societies, including our own, were heard publicly denouncing Khamenei and his regime, and calling for Iran’s expulsion from the UN.

“We call upon President Obama, foreign leaders and indeed all American, pro-Israel organizations, Jewish and non-Jewish, to condemn Khamenei’s latest utterances and to work towards having Iran expelled from the UN.”

We would love to hear from you! Please fill out this form and we will get in touch with you shortly.
Trending Z
Uncategorized November 11, 2014
FLASH: ISRAEL-JORDAN PEACE TREATY (1994) GUARANTEES JEWS ACCESS TO THE TEMPLE MOUNT – LET MY PEOPLE PRAY
Uncategorized November 11, 2014
ZOA Analysis: Most American Rabbis Who Are Boycotting Some Israeli Ministers Are From Extremist Left Wing Groups (J Street; T’ruah; JVP)
Uncategorized November 11, 2014
Israel’s “Right of Return” Grandparent Clause is De-Judaizing the Jewish State – Eliminate It
Uncategorized November 11, 2014
Exclusive: ZOA Accuses Ilhan Omar of Hating the U.S. ‘as Much as Israel,’ Lauds Kevin McCarthy for ‘Throwing Her Off the HFAC’
Center for Law & Justice
We work to educate the American public and Congress about legal issues in order to advance the interests of Israel and the Jewish people.
We assist American victims of terrorism in vindicating their rights under the law, and seek to hold terrorists and sponsors of terrorism accountable for their actions.
We fight anti-Semitism and anti-Israel bias in the media and on college campuses.
We strive to enforce existing law and also to create new law in order to safeguard the rights of the Jewish people in the United States and Israel.
Our Mission
ZOA STATEMENT
The ZOA speaks out for Israel – in reports, newsletters, and other publications. In speeches in synagogues, churches, and community events, in high schools and colleges from coast to coast. In e-mail action alerts. In op-eds and letters to the editor. In radio and television appearances by ZOA leaders. Always on the front lines of pro-Israel activism, ZOA has made its mark.
Related Articles
OP-ED BY: Morton A. Klein ZOA: Iran Pres. Rouhani’s Boasting of Deceiving West on Iran’s Nuclear Weapons Program Underscores the Fraudulence of his Moderate Image