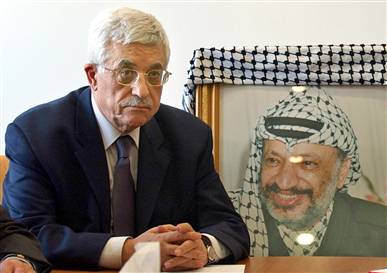 The Zionist Organization of America (ZOA) voiced its support today for the written request made by a former U.S. Department of Justice official to the U.S. Department of Homeland Security – that Mahmoud Abbas (a/k/a Abu Mazen), the President of the Palestinian Authority (PA), be declared ineligible to enter the United States pursuant to the Immigration and Nationality Act, which bars entry into the U.S. of aliens who incite terrorist activity or endorse or espouse terrorist activity.  (See 8 U.S.C. § 1182.)  The written request was made on November 17, 2014, by Neal M. Sher, Esq., a former Director of the Office of Special Investigations in the Justice Department, who was responsible for the 1987 decision to bar entry to the U.S. of Kurt Waldheim, then the President of Austria, based on Waldheim’s assistance or participation in Nazi persecutions.

In his letter to Alejandro Mayorkas, the Deputy Secretary of Homeland Security, Attorney Sher detailed the “abundance of publicly available evidence” showing that “Abbas (1) personally incited terrorist activity and (2) used his position of prominence to endorse terror activity.”  Attorney Sher also furnished evidence that “ranking officials of the PA and Fatah, over whom Abbas has control and for whom he must be held responsible, have engaged in a widespread, deliberate campaign to incite and endorse terrorism.”

Attorney Sher provided many recent examples of Abbas’ incitement and endorsement of terrorist activity, including the following:

Declaring the ZOA’s support of Attorney Neal Sher’s request to the Department of Homeland Security that PA President Mahmoud Abbas be declared ineligible under federal law to enter the U.S., based on his incitement of terrorist activity, and his use of his position of prominence to endorse or espouse terrorist activity, ZOA National President Morton A. Klein stated, “It is time for our country to send the clear  message to Mahmoud Abbas that, under U.S. law, he is not eligible to enter the U.S. when he, his partners and subordinates regularly incite a terror campaign against Jews in Israel.  There are unfortunately a host of examples.

“It is time for our country to send the clear  message to Mahmoud Abbas that… he is not eligible to enter the U.S. when he, his partners and subordinates regularly incite a terror campaign against Jews in Israel.”

“In October, Abbas called for a ‘day of rage’ when the Al-Aqsa Mosque in Jerusalem was temporarily closed, describing the temporary closure as a ‘declaration of war.’  Last week, Abbas warned against allowing Jews to ‘contaminate’ the Temple Mount, Judaism’s holiest site.  When Abbas commissioned the official emblem for his Fatah party, it depicted all of Israel as ‘Palestine’ covered by a keffiyeh (Palestinian scarf), with a picture of the terrorist Yasser Arafat and a Kalashnikov rifle in the center.  Abbas’ PA regularly holds parades and ceremonies glorifying deceased terrorists, and names streets, schools and sports teams in their honor.  Large posters of these terrorists are on display in PA schools, universities and public places, honoring these murderers instead of condemning them.  The PA pays pensions to suicide bombers and Jew-killing terrorists.  The greater the number of Jews murdered, the higher the pension.  And rather than distance itself as much as possible from Hamas, Abbas’ PA embraced this U.S.-designated terrorist group, whose charter calls for the murder of Jews and the destruction of Israel.

“The ongoing incitement by Abbas and others surely led to the savage, horrific murders of four rabbis yesterday – three of whom were American – with butcher knives, axes and guns while they were praying in synagogue.  A policeman wounded in the terrorist attack also tragically died.  Even U.S. Secretary of State John Kerry called this heinous attack ‘an act of pure terror,’ and condemned it as ‘a pure result of incitement, of calls for days of rage.’

“Mahmoud Abbas is not a leader who is trying to calm tensions and encourage peace with the Jewish State of Israel.  He is leading a campaign of incitement and terrorism against Jews.  The U.S. should make it clear that based on his irresponsible and unacceptable conduct, which is ongoing and well-documented, he is ineligible under U.S. law to enter our country.”

We would love to hear from you! Please fill out this form and we will get in touch with you shortly.
Trending Z
Uncategorized November 20, 2014
FLASH: ISRAEL-JORDAN PEACE TREATY (1994) GUARANTEES JEWS ACCESS TO THE TEMPLE MOUNT – LET MY PEOPLE PRAY
Uncategorized November 20, 2014
ZOA Analysis: Most American Rabbis Who Are Boycotting Some Israeli Ministers Are From Extremist Left Wing Groups (J Street; T’ruah; JVP)
Uncategorized November 20, 2014
Israel’s “Right of Return” Grandparent Clause is De-Judaizing the Jewish State – Eliminate It
Uncategorized November 20, 2014
Exclusive: ZOA Accuses Ilhan Omar of Hating the U.S. ‘as Much as Israel,’ Lauds Kevin McCarthy for ‘Throwing Her Off the HFAC’
Center for Law & Justice
We work to educate the American public and Congress about legal issues in order to advance the interests of Israel and the Jewish people.
We assist American victims of terrorism in vindicating their rights under the law, and seek to hold terrorists and sponsors of terrorism accountable for their actions.
We fight anti-Semitism and anti-Israel bias in the media and on college campuses.
We strive to enforce existing law and also to create new law in order to safeguard the rights of the Jewish people in the United States and Israel.
Our Mission
ZOA STATEMENT
The ZOA speaks out for Israel – in reports, newsletters, and other publications. In speeches in synagogues, churches, and community events, in high schools and colleges from coast to coast. In e-mail action alerts. In op-eds and letters to the editor. In radio and television appearances by ZOA leaders. Always on the front lines of pro-Israel activism, ZOA has made its mark.
Related Articles
OP-ED BY: Morton A. Klein ZOA: Iran Pres. Rouhani’s Boasting of Deceiving West on Iran’s Nuclear Weapons Program Underscores the Fraudulence of his Moderate Image